The pair comfortably won the 98km stage that took riders from Ceres to Saronsberg, Tulbagh in a time of 3:56:02. The stage victory means they remain in the overall yellow leader jerseys going into tomorrow’s 91km stage that features many of Tulbagh’s most famed trails, including the notorious Bone Trail.

Canyon Northwave MTB finished second on Stage 2, roughly 30 seconds behind the winners while Urs Huber and Simon Schneller, in the BULLS colours, came in third; they sit third in the overall standings, too.

Earlier in the day, the race started in ideal riding conditions, with blue skies and cool conditions. There was a lowkey bunch ride out of Ceres, with the BULLS 2 team of Martin Frey and Simon Stiebjahn making a few early attacks. Nothing much came of them, and the men’s field remained intact for much of the morning.

From around 30 minutes into the race the pace started to quicken, with Canyon Northwave MTB looking all business at the front. The field eventually split into a clear lead bunch, with NinetyOne-songo-Specialized, BULLS, Trek-Pirelli, Buff Scott 1, and Absa African Jersey leaders Pyga Eurosteel 2 (Phil Buys and Pieter du Toit) all sitting just behind the Canyon riders.

That remained the case late into the day, until the final climb began at the 70km mark. Seewald and Stošek decided to make their move on the climb and were aided by Beers slipping out. This let Canyon Northwave MTB briefly pull away; Beers worked hard to recover, though, and, crucially, he and Sarrou were able to enter the Old Wagon Trail singletrack descent in front. Once on the descent, Sarrou and Beers went flat out to pull away, racing home through the orchard and vineyard roads to Saronsberg.

“It’s awesome to win another stage,” said Beers. “The Prologue was good enough but wearing the yellow and to win in the yellow… you just can’t get better than that. On the final descent, I knew we had to get a gap there, so I just bombed away and railed the corners until I got to Jordan’s wheel and I was like, ‘okay, let’s go man’ – we flew down there, with his XCO skills and my background in motocross we could just send it.”

Of the final 10km, Beers was less enthusiastic. “The last bit felt like a lifetime!”

Sarrou was slightly off the pace at the beginning of the day and he confirmed as much on the finish line. “I was off this morning and was struggling a bit. Matt just waited for me and we kept calm. His local knowledge really helped today; eventually I started feeling better and by the end we were riding on the same wavelength.” 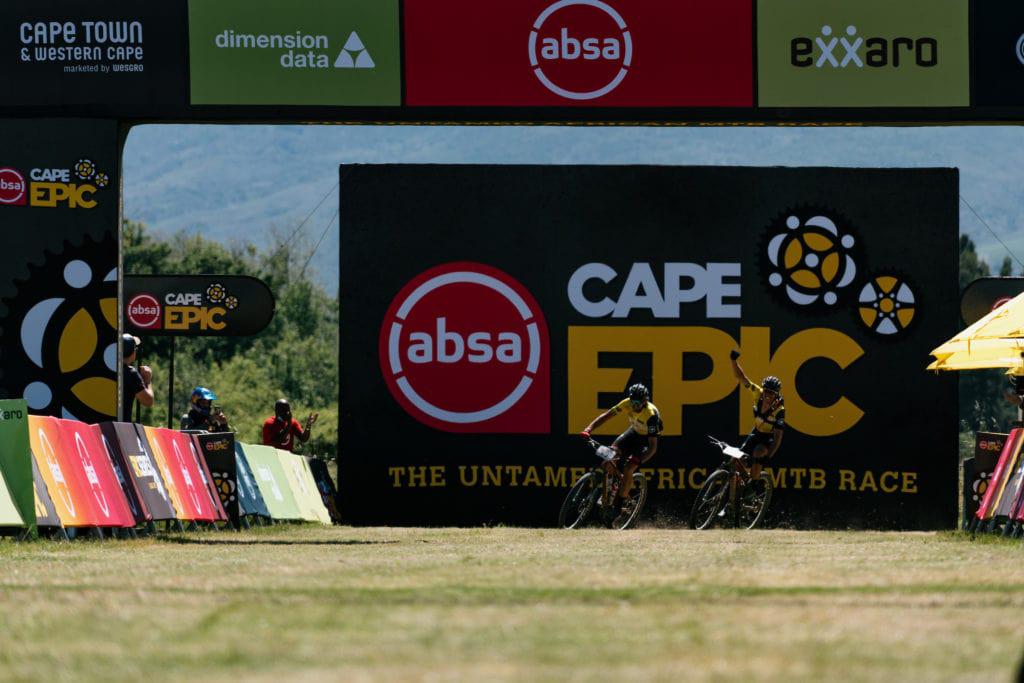 Andreas Seewald admitted that the Canyon Northwave MTB strategy was to attack on the final climb, but they didn’t count on the aggressive descending mindset of Beers and Sarrou. “Our plan was to push as hard as possible on the steep climb; that worked out well, but Matt and Jordan came back strongly. It was actually good to have them in front on the descent so we could just stay on their wheels, but we lost them about halfway down. We didn’t want to take too many risks. We expected the final descent to be fast and dangerous and it was. They were taking a lot of risks – we want to do well overall and not take too many risks, so we are playing it safe over the first few days.”

Stage 3 of the Absa Cape Epic is a 91km, 2100m assault on the mountains surrounding Tulbagh. Conditions promise to be the most testing of the event so far, with temperatures in the mid-30s expected. 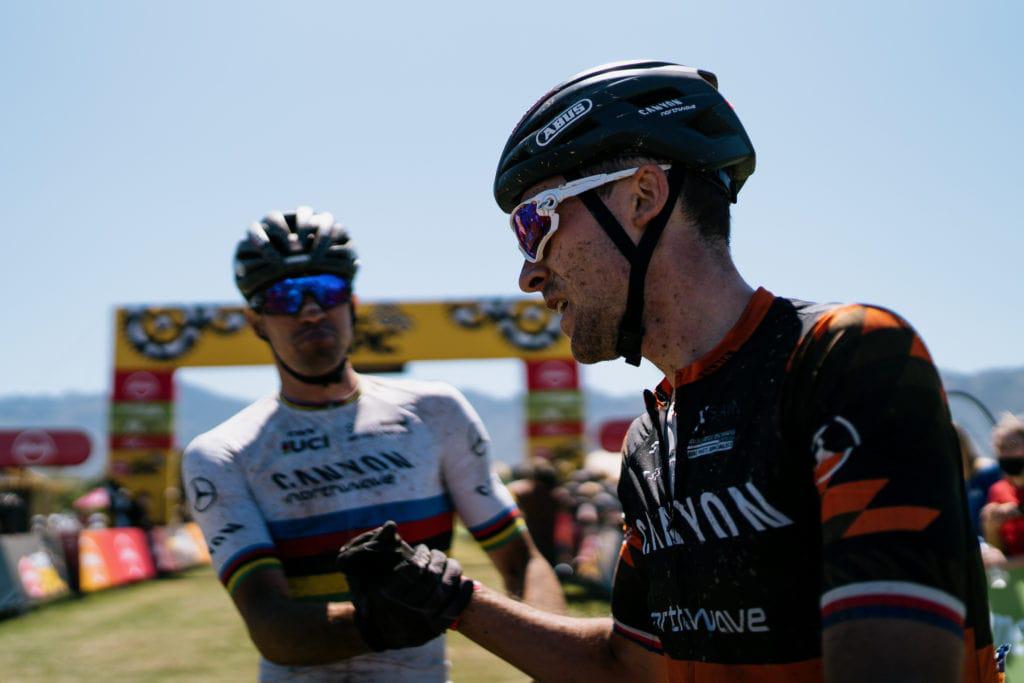