Three from three for Frei and Stigger

The NinetyOne-songo-Specialized team of Sina Frei and Laura Stigger made it three wins from three so far at the 2021 Absa Cape Epic, winning Stage 2 today

The NinetyOne-songo-Specialized team of Sina Frei and Laura Stigger made it three wins from three so far at the 2021 Absa Cape Epic, winning Stage 2 today ahead of Robyn de Groot and Ariane Lüthi (Salusmed). Candice Lill and Mariske Strauss (Faces CST) claimed third spot on the day. 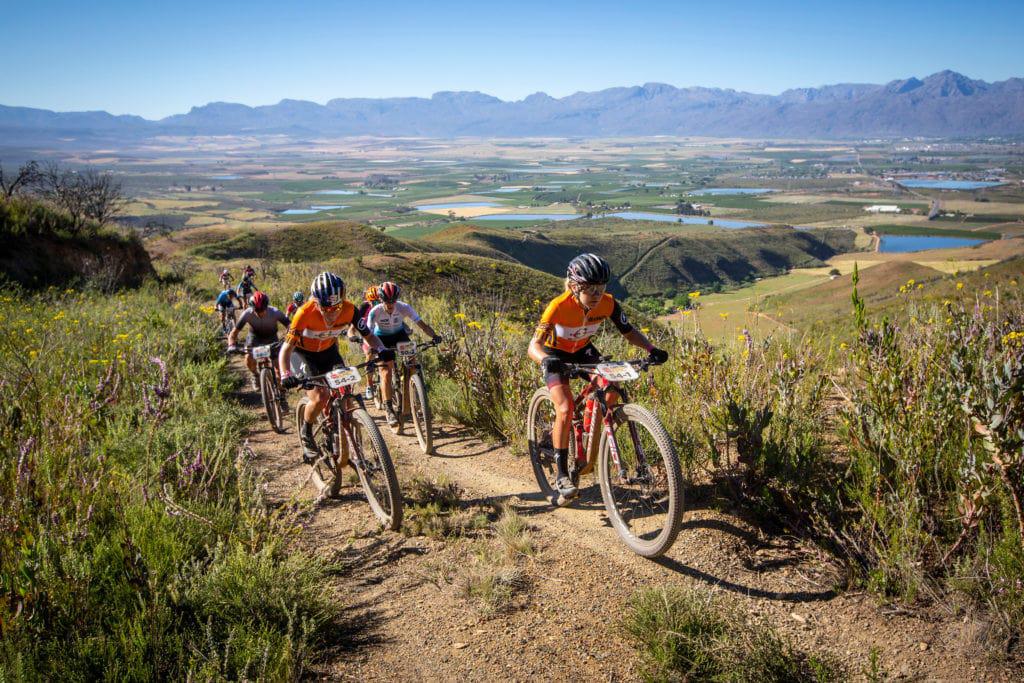 Frei and Stigger now hold a seven-and-a-half minute advantage over nearest rivals, De Groot and Luthi; while that may sound like an age, the trails of the Absa Cape Epic have reclaimed far more than a few minutes from many teams, in the past.

Conditions on the 96km Stage 2, from Ceres to Saronsberg, Tulbagh, were ideal for mountain bike racing and the Elite women began the first “move day” at a conservative pace. However, racers will be racers and the throttles were twisted.

The race burst into life when four teams pulled away from the pack – NinetyOne-songo-Specialized, Salusmed, Faces CST, and Cherie Redecker and Adelheid Morath of Computer Mania MTB all leaving the rest behind.

The four teams remained together in a tight group for much of the stage, with a split only taking place around the 72km mark.

Earlier in the race, Ariane Lüthi was strongest up the Old Gydo Pass, the first real climb of the day, but on the final big climb, Frei and Stigger, at home in the mountainous terrain, made their move, dropping the three chasing teams.

By the 77km checkpoint, they’d opened up a 30-second gap on De Groot and Lüthi, a gap which had grown to just over a minute by the stage’s end.

On the technical Old Wagon Trail descent into Tulbagh, Lill and Strauss lost valuable time, the latter struggling with a puncture. Strauss was also feeling the effects of her crashes on yesterday’s stage. “It took me a bit of time this morning to find my rhythm but after a while, you forget the pain,” she said. “On the final descent I started feeling it again, but I think we had a consistent race and I’m proud of how we did today.” 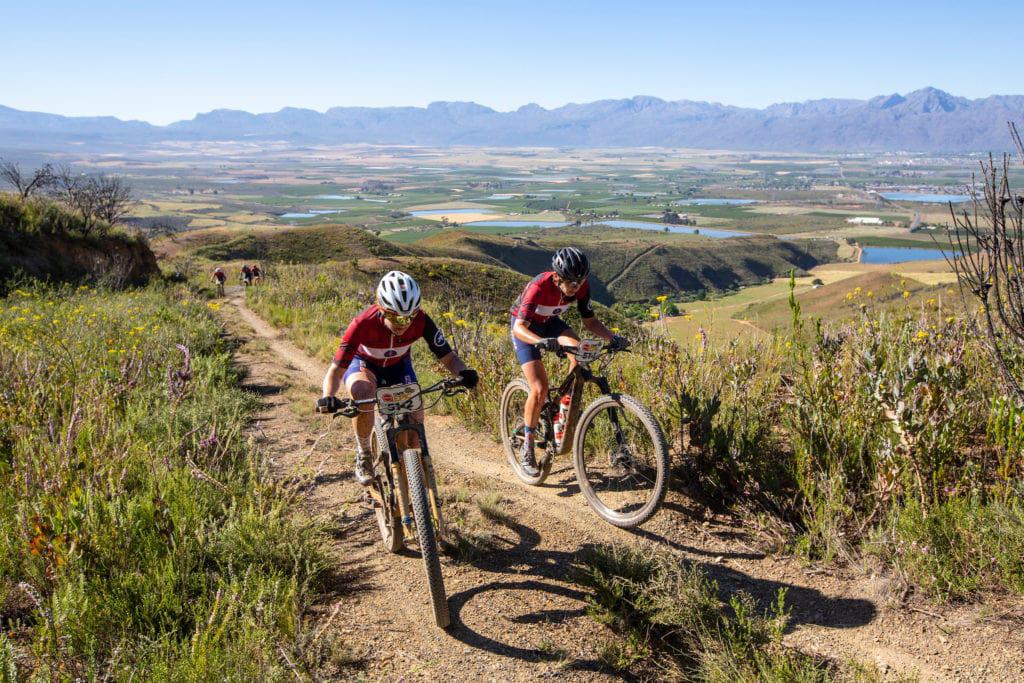 For Frei and Stigger, it was a complete performance, mishap-free and without incident. “It was a slow start and we just controlled the pace,” said Frei. “In the last 20km we pushed the pace higher and managed to get away on the climb; we were first into the downhill and had a trouble-free final 10km to the finish.”

Tomorrow’s Stage 3 will be crucial for the chasing teams in the women’s race. Some risks will have to be taken on the 91km, 2100m stage to cut into the overall lead of Frei and Stigger. Expect adventure and excitement on the trails of Tulbagh.