After a pandemic-enforced hiatus, the Absa Cape Epic, widely regarded as the world’s premier mountain bike stage race, returned to action in fine style in Cape Town today with the 20km Prologue ahead of seven days of marathon mountain biking. 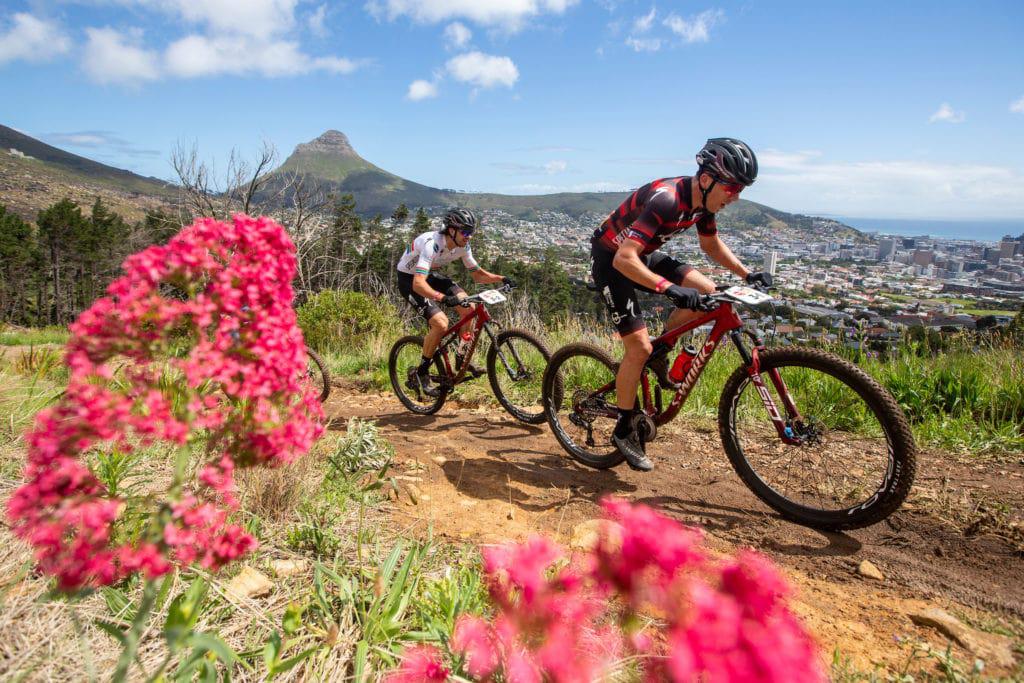 The Mother City didn’t quite get the memo that the show was back on, drenching the riders with a series of rain squalls throughout the morning. But the rain couldn’t dampen the spirits of the amateurs, the elites, the first-timers, or the crew, with all involved thrilled to be back in a stage race setting once again.

In the Elite men’s race, home-crowd hero Matt Beers powered to first place alongside French partner Jordan Sarrou (NinetyOne-Songo-Specialized) in a time of 43:24.5.

“It’s a great feeling to get the win,” said Beers. “I’ve been visualising it ever since I got a taste for this a few years back. Jordan was just a beast on the climbs, so I let him set the pace and I just hung on for dear life.” 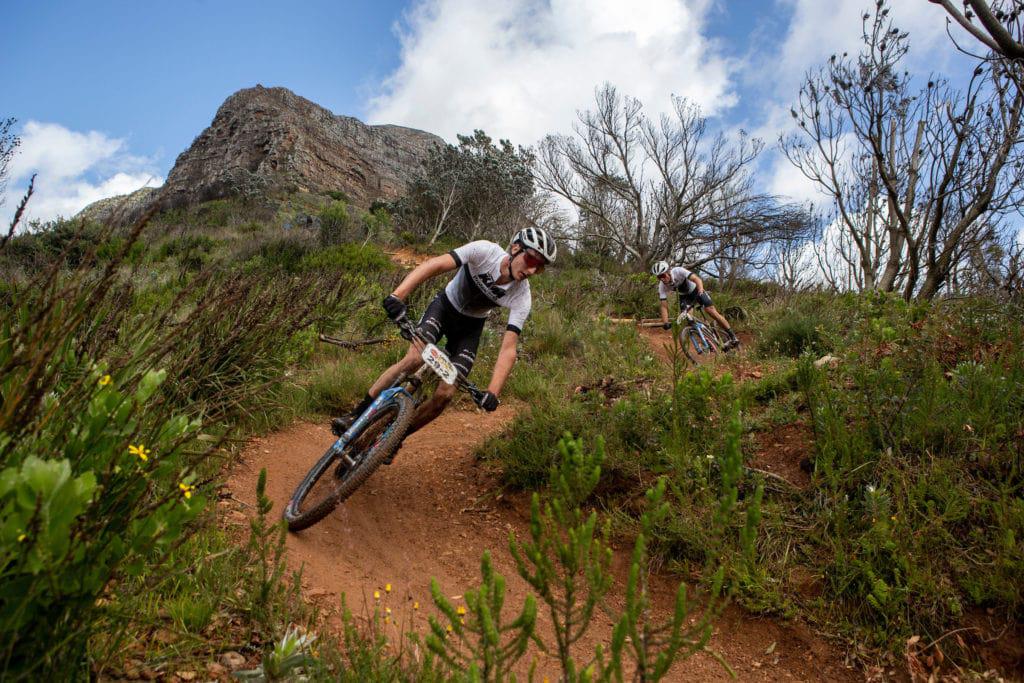 Absa Cape Epic novices Colombo and Zanotti set the early pace for the Prologue, holding on to the podium top spot for much of the men’s Prologue. Until Beers and Sarrou stormed out of the University of Cape Town start chute with aggressive intent to get their race off to the best possible start.

Climbing from UCT and then straight on to Table Mountain National park, the NinetyOne-Songo-Specialized team looked comfortable throughout, even on the much-feared Quarry Climb and Dead Man’s Tree ascents.

From Dead Man’s Tree riders enjoyed a brief tar respite on Tafelberg Road before heading back down the potentially treacherous Plum Pudding descent. Although slick from the persistent rain, Plum Pudding was no issue for the eventual stage winners (unlike some of the amateur riders, who plummeted with wild eyes and even wilder descending styles).

With seven days of gruelling mountain bike riding to come, the Prologue was a relatively gentle start to the 2021 event, with all finishers pleased to tick off a stage that can sometimes provide curveballs.

Tomorrow’s Stage 1 will see the field travel to Ceres for a 98km ride (with 1850m of climbing) featuring the cheerfully named Death Drop and Dead Man Walking trails.