Pumping and Raising Funds for Peace at the Swiss Epic

Claudio Caluori and Faranak Partoazar are racing the 2021 Swiss Epic to raise funds for one of the event’s official charities: Pump for Peace. The charitable arm of Caluori’s Velosolutions pump track construction company the charity aims to build pump tracks in impoverished areas.

Claudio Caluori and Faranak Partoazar are racing the 2021 Swiss Epic to raise funds for one of the event’s official charities: Pump for Peace. The charitable arm of Caluori’s Velosolutions pump track construction company the charity aims to build pump tracks in impoverished areas. 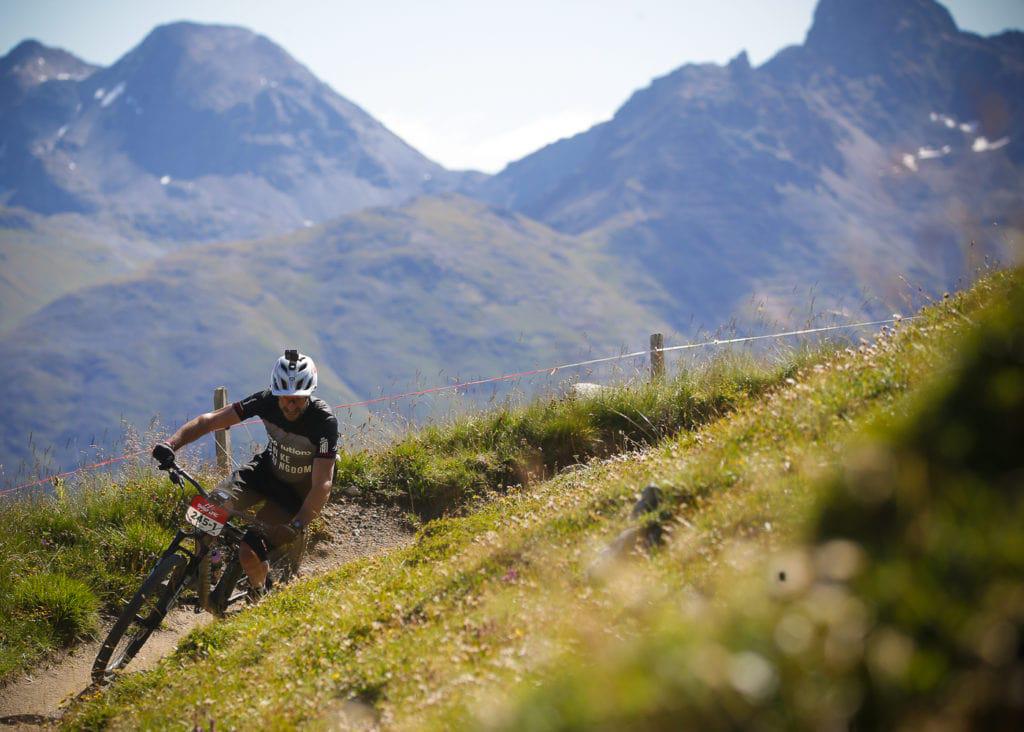 Caluori needs no introduction to avid mountain biking fans. The Swiss former downhiller is arguably best known for his downhill course recces for Red Bull TV. In recent years he has shifted his attention to his company, Velosolutions. Through the Pump for Peace charity, Velosolutions seeks to introduce individuals from impoverished areas to action sports. The charity’s flagship project was the construction of a pump track in Durban’s KwaDabeka township.

The Southern African activation, by Pump for Peace, was further enhanced by Lesotho’s Khothalang Leuta; when she became the first female Lesotho rider to win a Red Bull UCI Pump Track World Championships Qualifier. This came off the momentum created by South Africa’s Cherie Redecker and Lesotho’s Tumelo Makae winning the mixed category at the 2020 Swiss Epic. At the 2021 race Caluori and Partoazar are riding as Lenzerheide – Pump for Peace.

“Our goal is to bring pump tracks to developing countries” Caluori reiterated after completing the opening stage of the Swiss Epic. “We have built three in Lesotho, two in Israel and three in the townships around Durban, South Africa. During the 2021 Swiss Epic we are raising funds to build a track in Iran, a couple in Palestine, another in Durban and one in Uganda. So, we’re trying to build as many as possible.”

“Anyone wishing to help contribute to Pump for Peace can donate via the Swiss Epic’s GivenGain portal” Caluori confirmed. “The more money we raise the more pump tracks we can build for the kids.” 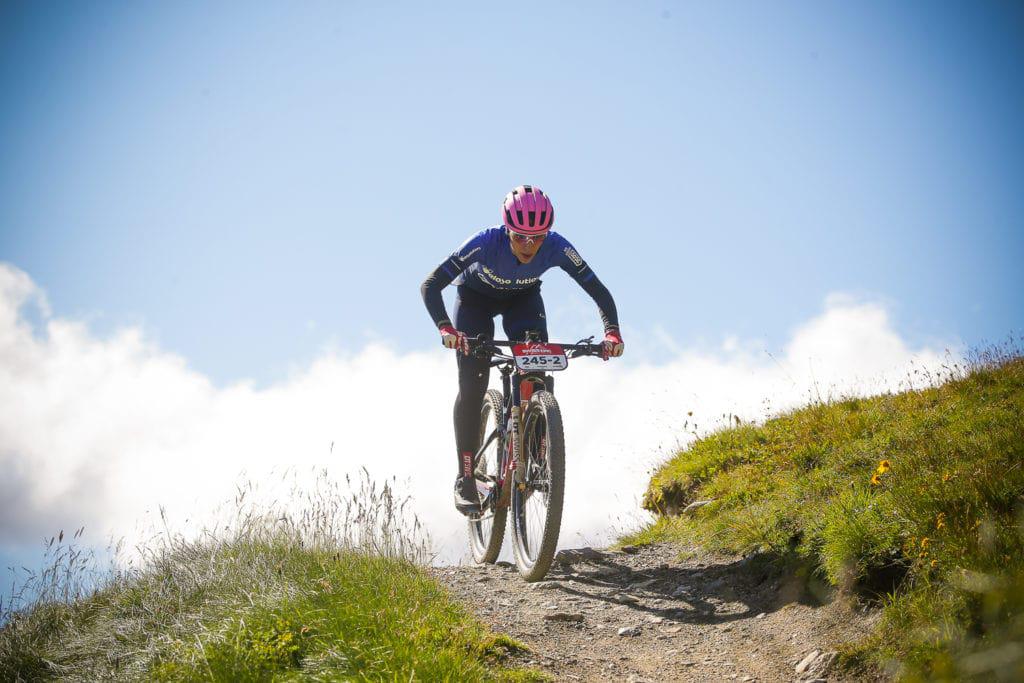 His partner, Partoazar, is the first professional Iranian female mountain biker. Having won the national title on seven occasions she has become accustomed to challenging people’s preconceived ideas. “I think being an Iranian female mountain biker says a lot about me” Partoazar explained. “On one hand you need to know on your ride you always face challenges no matter how good you are, which has taught me to be flexible to come along with obstacles. On the other hand, cycling wasn’t a legal act from women in Iran and my fight against conservative minds and culture were the hardest I’d got to face in my life so far.”  “Racing the Swiss Epic with Claudio [Caluori] was initially suggested by Velosolutions to help raise funds and awareness for the Pump for Peace projects in Iran” she added. “The goal isn’t so much to race, but rather to focus on the fundraising aspect as well as to raise the profile of cycling in Iran. It’s actually the first time an Iranian has taken part in not only the Swiss Epic but any of the Epic Series events, so I hope that my participation here can encourage other Iranian mountain bikers to take part in international stage races.”  “Today was only the first stage, so I can’t say too much about the riding just yet” Partoazar laughed. “But the trails are awesome. And the riding is hard! The trails are on another level here in Graubünden, compared to back home in Iran. We just don’t have the sheer volume of purpose-built mountain bike trails! I’ve even got arm pain from all the downhills. But I’m loving the riding and I’m sure the experience of racing here, over the next four days, will help me step forward in my career, as an athlete and as a pioneer for mountain biking in Iran.”  “Being an ambassador and being able to lead the way for other women and girls is what inspires me most” Partoazar emphasised. “Riding for Pump for Peace, here at the Swiss Epic, is therefore very special. I hope I can inspire other women and girls, not only from Iran, to push their limits and challenge what people believe women are capable of. I truly believe cycling can change the world, because it has the power to bring people together.”  If you are inspired by Partoazar, Caluori and Pump for Peace you can find out more about the charity and make donations, via GivenGain, at www.swiss-epic.com.