Men and Women to Watch at the 2021 Swiss Epic

Highly competitive elite men’s and women’s fields have travelled to Graubünden to take part in the 2021 Swiss Epic. 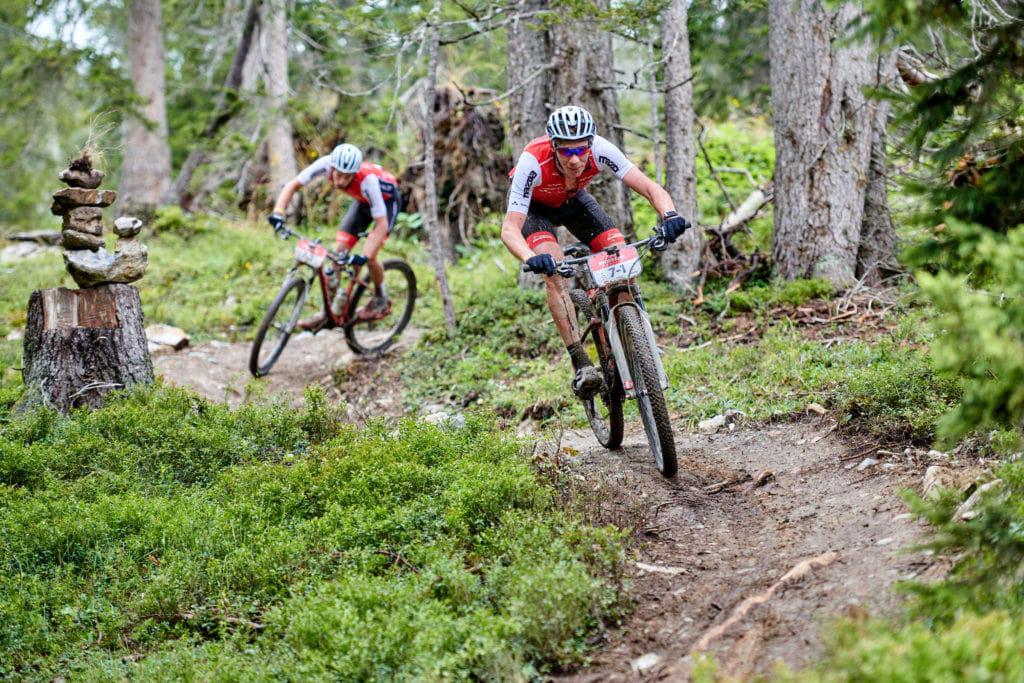 With its reputation for short, but challenging and beautiful stages, superb hospitality and extensive media coverage, it is unsurprising that the Swiss Epic attracts some of the world’s best mountain bikers to Graubünden every August. This year is no different. When the 5-day UCI and Epic Series stage race gets underway in St. Moritz, on the 17th, a stacked field of elite men and women will be on the start line.

The race is headlined by two Trek-Pirelli and two Buff Scott teams, with 2016 Swiss Epic champion Lukas Flückiger and his partner Nicola Rohrbach also among the favourites. Having won the race in 2019 and finished second in 2020, Fabian Rabensteiner and Samuele Porro start the 2021 edition with number one on their bikes. The all-Italian pair will be supported by Trek Pirelli II’s Daniel Geismayr and Gioele de Cosmo. 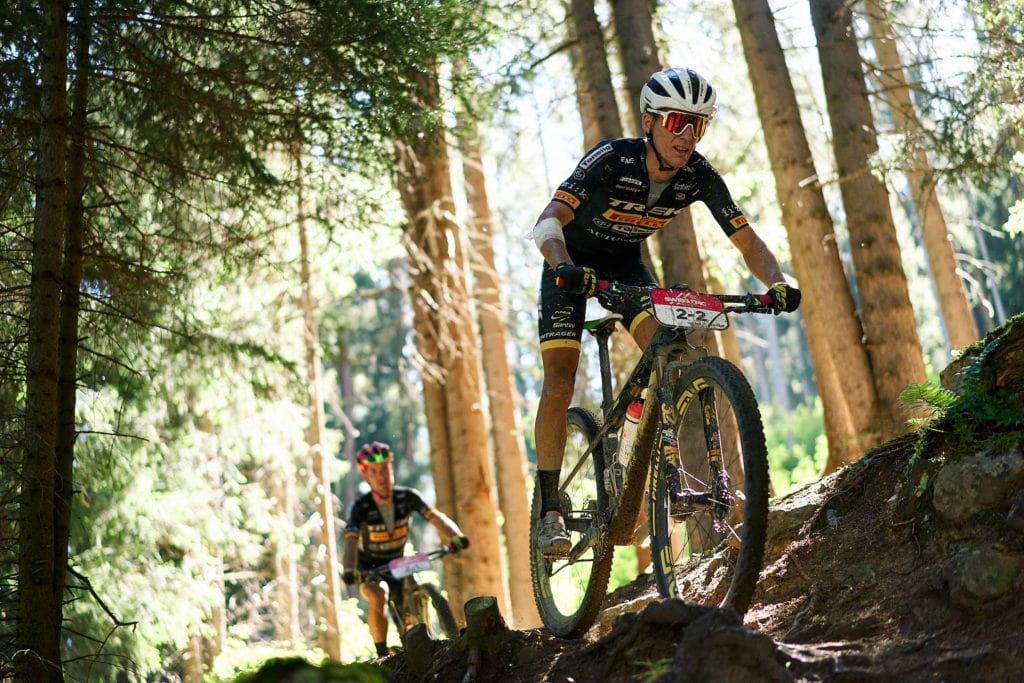 “The Swiss Epic is now a fixed appointment for Trek-Pirelli” Rabensteiner noted. “The race is important to the team not only for its significance within the European marathon and stage racing calendar, but also because it is one of the most beautiful races around, in terms of the routes and views. We’ll be using it to fine tune our form ahead of the Absa Cape Epic in October and will hopefully be challenging for victory, with Samuele [Porro] and myself. While Daniel Geismayr is recovering from a fracture of the femoral neck, thus the Swiss Epic is purely a test for him and Gioele [de Cosmo].”

With the race cresting 2 500 metres above sea level on two occasions, altitude will play a bigger role than ever in determining who succeeds in the Swiss Epic. Trek-Pirelli are undaunted by this challenge, however. “The whole team has been training, at altitude, in Livigno for a few weeks” Rabensteiner explained. “We’ve acclimatised to the high elevations and are ready to rumble on the Swiss Epic’s steep climbs. Our riders are light and strong so, for us, more mountains equals more fun.” 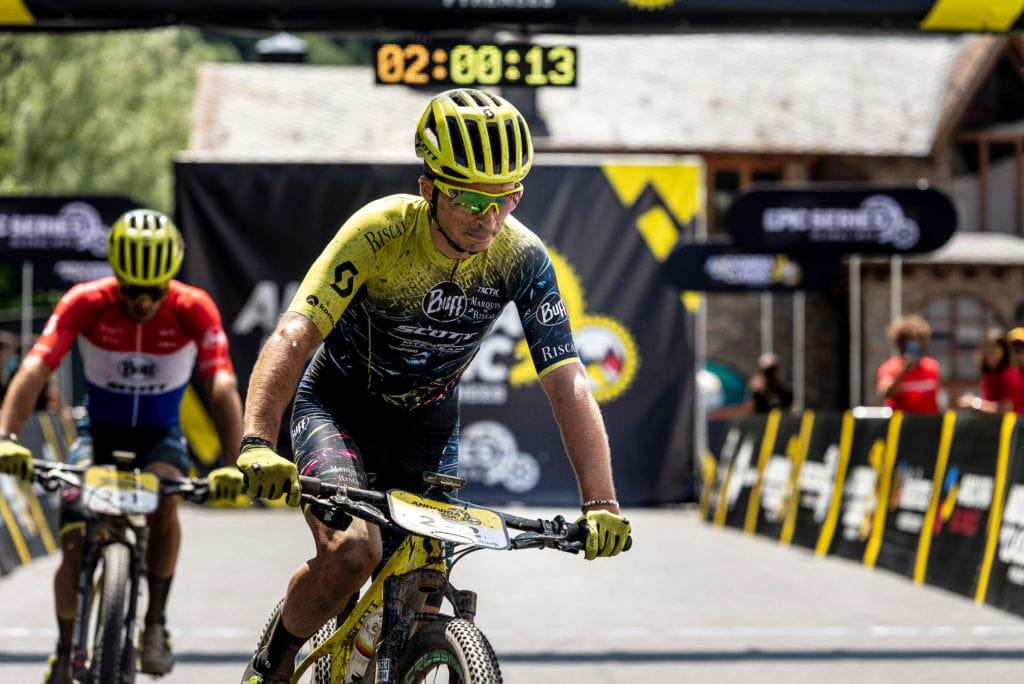 Their main rivals, the double headed challenge presented by the two Buff Scott teams, will be traveling to the Alps from sea level. “The stages are not very long but the altitude and the ‘thin air’ is really demanding; that can take its toll on riders like us that live at sea level” Francesc Guerra Carretero said on behalf of the team. “We know that the body responds differently under these conditions but we’ll try to get used to them as better as possible in the build-up to the Swiss Epic.”

Guerra Carretero takes on the Swiss Epic with his Dutch teammate Hans Becking. The Buff Scott MTB Racing team will be supported by the Spanish outfit’s second team, made up of Enrique Morcillo and Jose Dias, of Portugal. “I have raced three editions of the Swiss Epic, so I know that kind of terrain to expect in Graubünden” Guerra Carretero stated. “I’m going to keep the same setup that I have used in the past here, racing a hardtail SCOTT Scale RC, with a dropper seatpost and 2.2 tyres. We will have to face really technical descents but also long climbs on open paths. Being a very light weight rider, I prefer not to carry too much ballast on my bike, and I think that the hardtail with the dropper post is the best combination for me.” 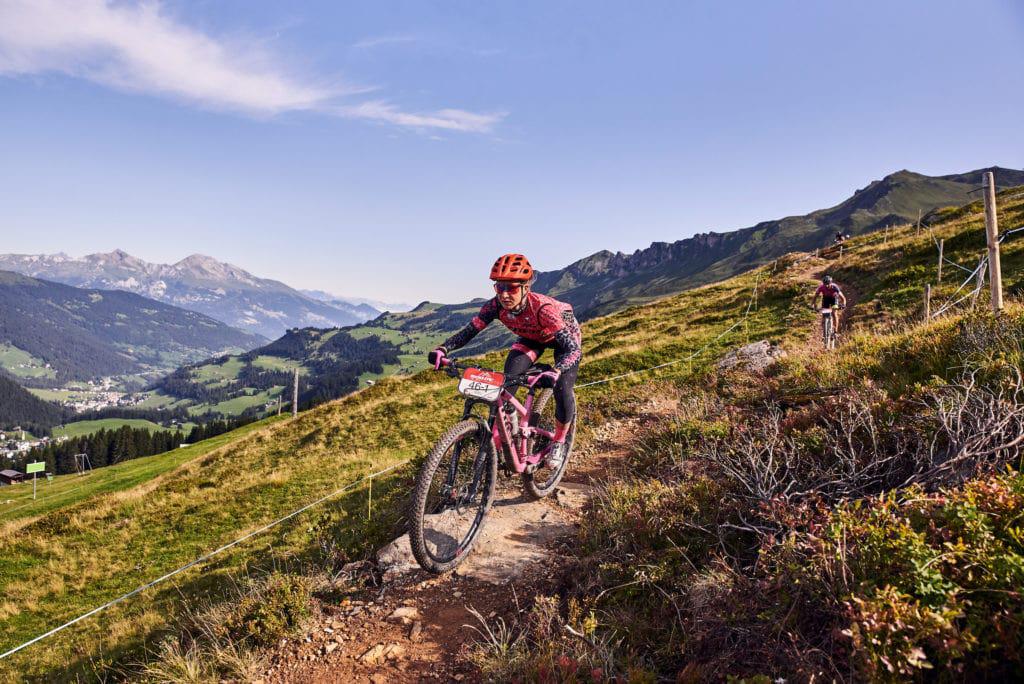 In the women’s race, 2019 champion Adelheid Morath is also returning to Graubünden. This time to race with Austria’s Angelika Tazreiter. “I’ve won the Swiss Epic twice before (2019 and 2015) so of course I have lots of motivation to perform well again in Graubunden this year” Morath recounted. “It is, however, the first time that I’ll be racing with Angelika [Tazreiter]. I only met her this year when I switched my focus from XCO to XCM racing. I must say the change in focus has made mountain biking feel a bit like a new sport to me, meeting all the new people involved in the longer distance races.”

“I really like that marathon racing is getting more professional” the German added. “It’s my first season as a marathon rider. In the years before I mainly raced cross-country and did the odd stage race, but I’m enjoying the new challenge to perform on the long-distance courses. I still have a lot I can improve on and I’m learning to handle the longer recovery times. That said, I’m finding the new challenges very stimulating.”

“It was a last-minute decision to start the Swiss Epic with Adelheid [Morath], because of Betty’s [Janas] injury” Tazreiter clarified. “I’m really excited to race with Adelheid though. I think, we form a strong team together and, we have one eye looking ahead too… It would be cool to ride the Absa Cape Epic together of course!” 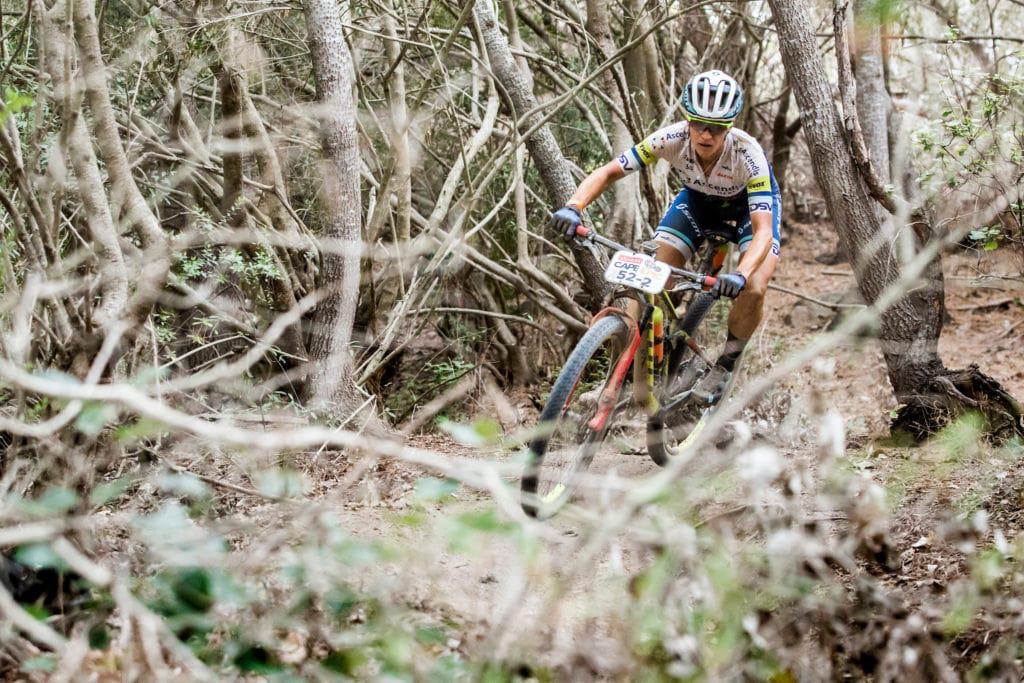 South Africa’s Robyn De Groot will be racing alongside Ariane Lüthi at the 2021 Swiss Epic. Turning her attention to the 2021 Swiss Epic route De Groot pointed out: “It’s a tough route for sure and the elevation gain, altitude, and technicality of the stages will all play a role. I have been very fortunate to have spent some time in St. Moritz/Engadin when I came to Switzerland from South Africa so I’ll hopefully be well adapted to the altitude. The ‘epic’ standards of the Epic Series always challenge the riders and by no means can one judge the level of difficulty by the distances of the stages.”

“Fortunately, I was lucky enough to spend 10 days in the Engadin Valley when I arrived in Europe” De Groot added. “While training there I got a good feeling of the surfaces and an idea of what to expect in the Swiss Epic. This experience played a big role in equipment choices that I have made. Usually in Europe I only ride a hard tail, but I am very happy I have my full suspension here with me. The alpine terrain is different to the conditions and technicality at the Absa Cape Epic so it is going to be a very stimulating week of racing in the Alps alongside Ariane.”

The overarching narrative of the approaching Absa Cape Epic is unlikely to affect how the Swiss Epic is raced, however. From the race in Graubünden’s conclusion, in Davos on the 21st of August, there are eight long weeks to the start of The Race That Measures All, in Cape Town on the 17th of October. Emptying the tank in Switzerland, is therefore unlikely to negatively impact performances in South Africa. Thus, the battle for Swiss Epic victory is sure to be fiercely contested, especially given the men’s and women’s fields feature so many evenly matched teams.