Bike parks are incredible. They are fantastic places to ride a mountain bike. Especially with sessionable runs, which you can ride again and again perfecting your lines and increasing your speed. But for diversity of riding nothing beats a region with a vast network of trails. Graubünden, as riders of the Swiss Epic can attest, is among the best places in the world to explore on a mountain bike.

Much like the Western Cape, in South Africa, which hosts the Absa Cape Epic; Graubünden boasts a plethora of trails. 11 000-kilometres of singletracks, at the last count, to be precise. Unlike the trails of the Western Cape though where mountain bikers have priority year-round, Graubünden’s network is based on the philosophy of trail tolerance. Many of the canton’s trails are shared by mountain bikers, hikers and trail runners.

During the Swiss Epic, in Graubünden, mountain bikers have right of way. Access has been negotiated with local hiking clubs, many of which are responsible for building and maintaining trails, as well as with the managers of dedicated mountain bike trails. Outside of the race riders are asked to respect their fellow trail users. 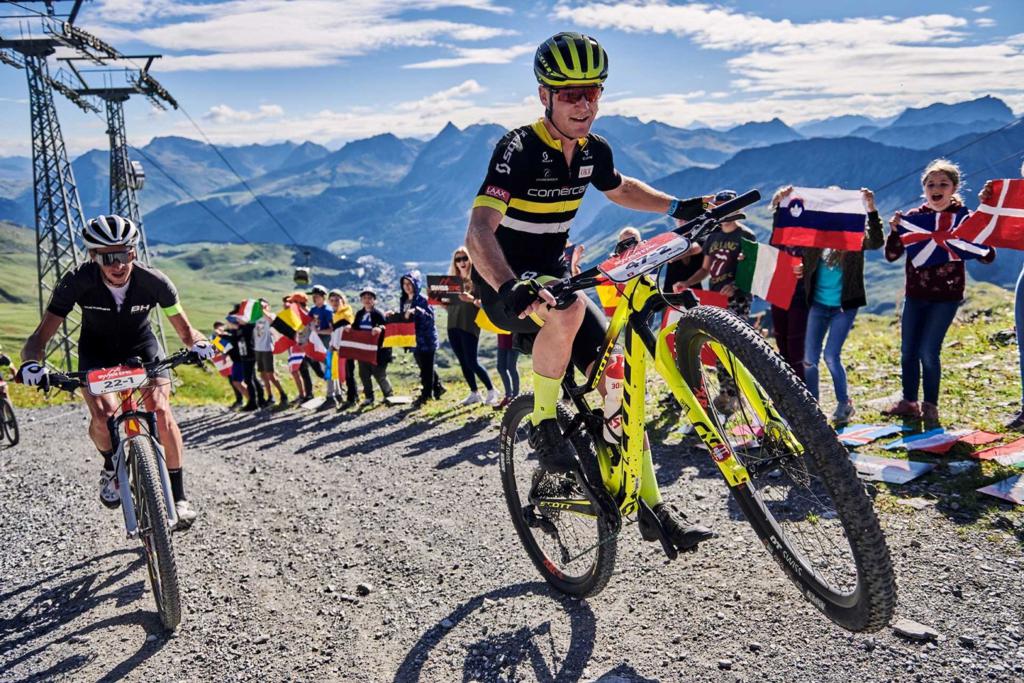 It is a policy of mutual respect, that relies upon mountain bikers being cognisant that around any corner they may come upon a group of hikers. For this reason, riders are asked to ride within themselves and not race downhill sections outside of the Swiss Epic event. Though visitors are encouraged to ride parts of the race route outside of the event too.

Riding the historic Swiss Epic, in Graubünden, routes is possible due to trail tolerance. Mountain bikers are accustomed to paying for trail access, but in many parts of Graubünden this is not necessary. Some of the 2019 and 2020 stages have been loaded to Outdoor Active and mountain bike tourists are encouraged to ride them during their stays in the region. These present the opportunity to ride marathon distance courses through the mountains; around Flims Laax, St. Moritz, Lenzerheide, Arosa and Davos Klosters. 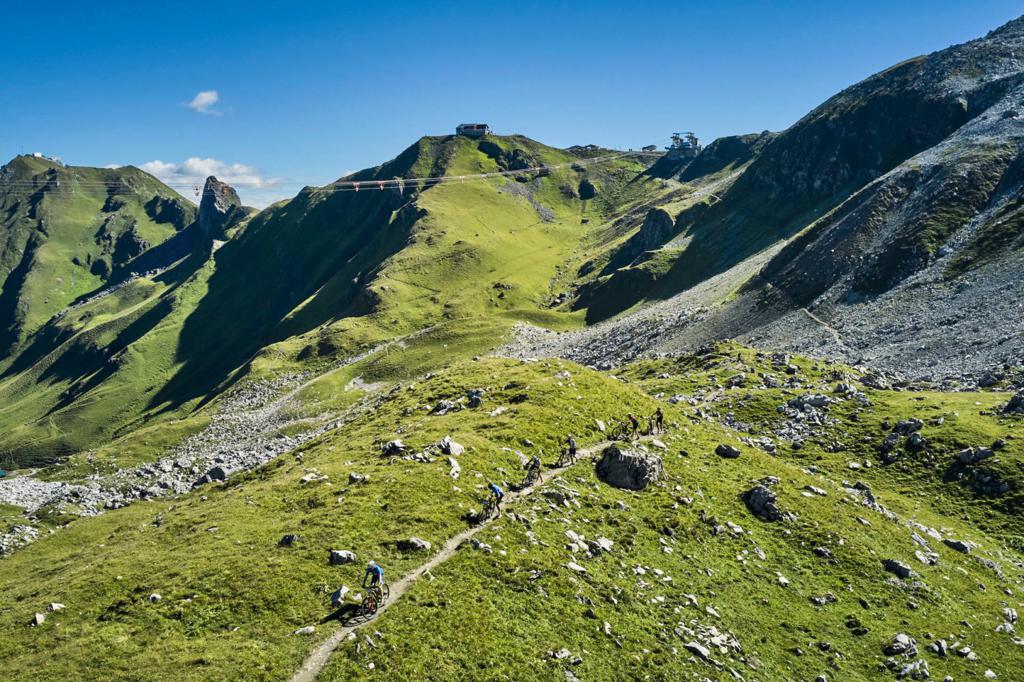 For riders wishing to push their limits and race at full speed there are also a host of dedicated mountain bike trails. Each of the Swiss Epic’s host towns boasts purpose-built mountain bike trails. The most famous ones in Graubünden include the Hörnli Trail, near Arosa, the Corviglia Flow Trail, near St. Moritz, the Alps Epic-Trail, near Davos, and Lenzerheide’s famous Bike Park. The Bike Kingdom is arguably one of the best places in the world to push your limits and improve your riding skills. On the bike park’s trails riders can ride safe in the knowledge that they will not round a corner and come face-to-face with hikers trudging uphill.

Speaking of trudging uphill, thanks to the ski lifts there is no need to ride climbs except for training or racing purposes in Graubünden. Even outside of the bike parks it is often possible to catch a lift, with a cable car up the mountains. In most instances visitors, staying at an accredited Graubünden BIKE-Hotel will even receive a complimentary public transport pass, which includes cable car access.
With so much riding to do in Graubünden its no wonder it is becoming increasingly popular as a mountain biking mecca. In and out of the Swiss Epic the canton is a must visit destination. Come explore it and its 11 000-kilometres of trails.