Preparing for Your First Stage Race

The Epic Series prides itself on hosting best-in-class mountain bike stage races. These attract the world’s best elite racers and seasoned mountain bikers. But they also serve as goals for would-be first-time stage racers. If you are in the latter category this is what you need to know.

Riding your first stage race is about more than fitness and ability on the bike. To be honest, unless you are racing for a category position the riding part is actually the easiest thing about a stage race. What can throw first-timers off is all the logistical stressors and the understandable excitement levels, which can make recovering between stages tricky.

While a bucket list adventure – like the Absa Cape Epic, Swiss Epic in Graubünden or The Pioneer fuelled by Nutri-Grain – may seem like a great place to start. We strongly suggest you set your sights on a more bite-sized stage race first. The Epic Series hosts shorter, Classic level, stage races too. In Australia there is a group of four-day events: Reef to Reef, Port to Port and Cape to Cape. In Europe the newest events in the Epic Series, the Andorra MTB Classic-Pyrenees and the three-day Cymru MTB Classic, in Wales, provide challenging but manageable first stage events. While in South Africa the FNB Wines2Whales is a fantastic first event, as it mixes serious racing with serious gees (the Afrikaans for fun).

If there is not an Epic Series event near you, browse your local event calendar. Pick a stage race that is three days long, features 50- to 80-kilometre-long stages and start preparing. We are going to assume by this stage you have the basic mountain biking fitness to complete the ride, but where first-time stage racers often come undone is in not training on consecutive days. 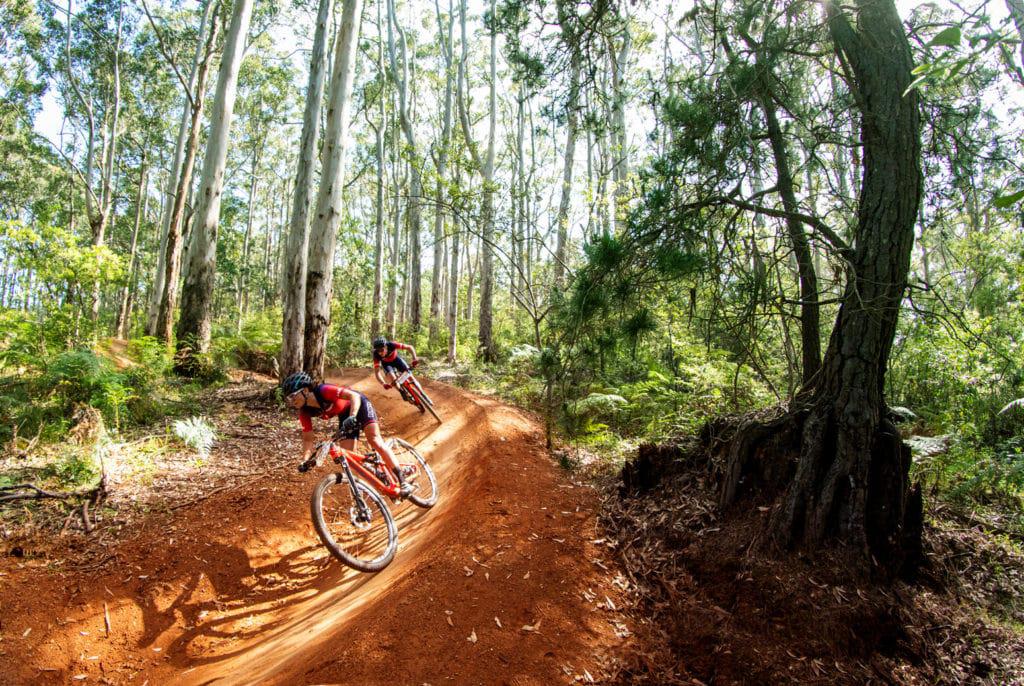 Work on Your Skills

If you are pressed for time, focus on trail riding rather than endurance rides in the weeks leading into the race. Technical skills are often overlooked and stage races in general have become more technical in the last decade. Being able to confidently ride singletrack, especially with a train of riders behind and ahead of you, will go a long way to helping you finish your first stage race.

If you are unsure of your singletrack skills, go for skills lessons. Being able to ride descents which you would have walked without skills lessons will save you tens of minutes over the course of the stage race. Time which could be better spent relaxing. 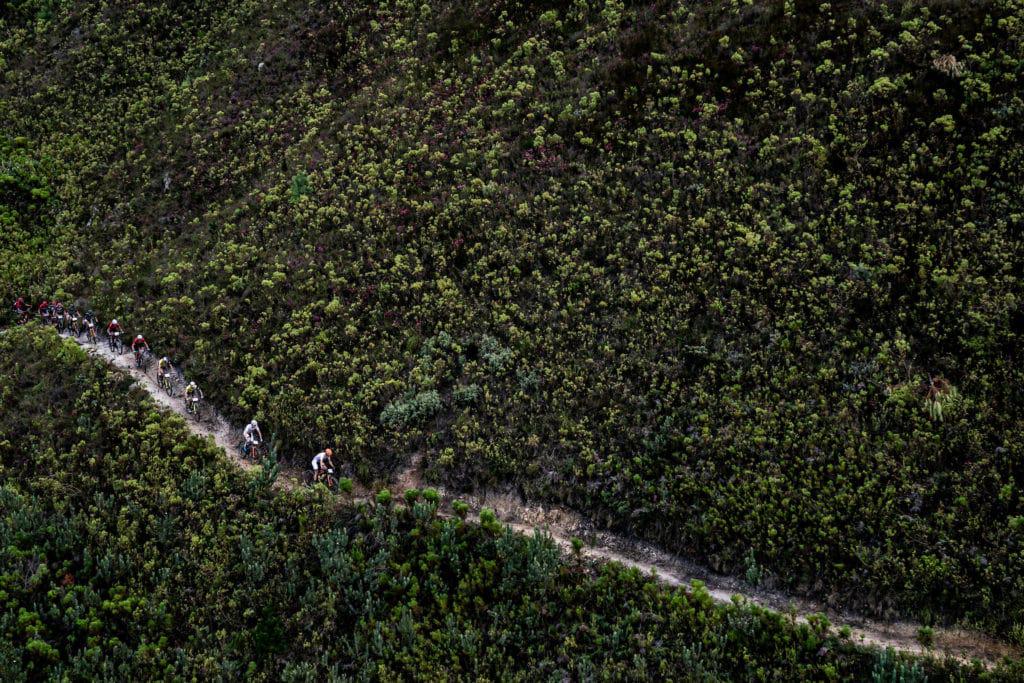 After each stage try to spend as much time relaxing as possible. You do not have to sleep all afternoon, or shun a post-ride beer or two, but do not spend the entire afternoon on your feet. Find a nice spot to chill and read a book, listen to a podcast or socialise with the like-minded people you met on the trails. While you are relaxing remember to drink lots of water, or even better a zero-calorie electrolyte drink, to replace the fluids you lost while racing.

The biggest time suck, at stage races, is not having a post-stage plan. In events with a central race village, like the Andorra MTB Classic-Pyrenees it’s easier to develop this plan pre-race. While at other races you may have to establish the lay of the race village land, after the stage, before putting your plan into action, but a general outline will serve you well. 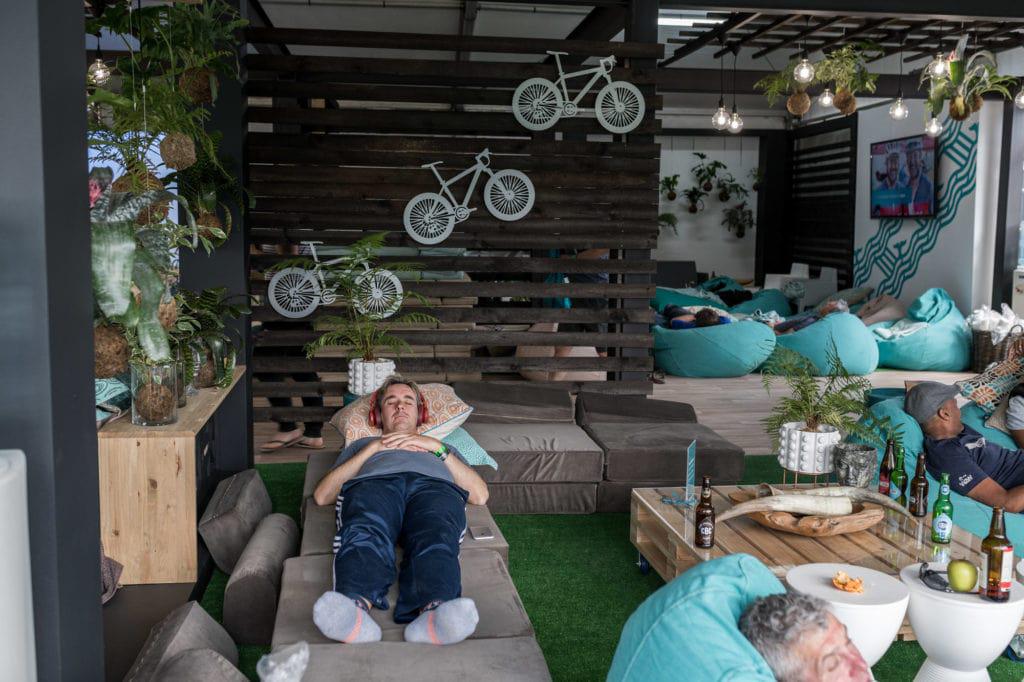 Upon finishing the stage, grab something to drink and a post-race bite to eat. Then take your bike to the bike park. In the Epic Series events the bike park boasts a complimentary bike wash too, which ensures that your machine starts each stage clean, if not serviced. Most of the races also have on-site mechanics. Sometimes you can pre-book a mechanic package, which will keep your bike running smoothly throughout the race.

Despite its gruelling route, the Absa Cape Epic is relatively easy on bikes most years; while the FNB Wines2Whales, for example, can be famously wet- which is hard on drivetrains and brakes. Booking a service ahead of time means you do not need to worry about things like that. You just take your bike from the bike wash to the mechanics and carry on with your afternoon. 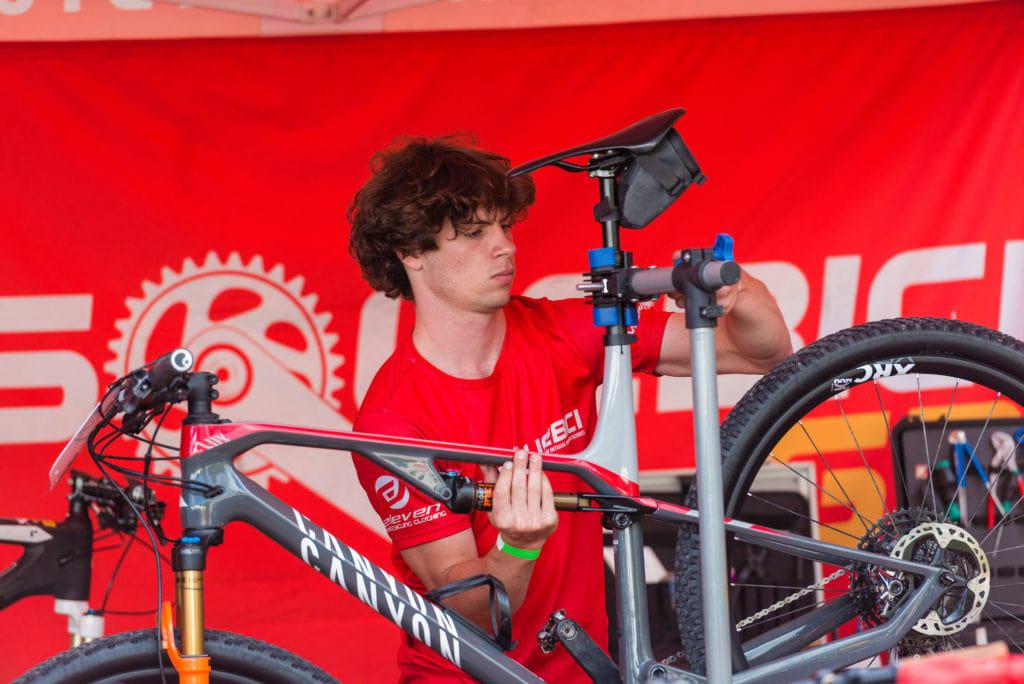 After sorting your bike out, you have two options. Lunch in your kit or have a shower first, swiftly followed by lunch. If you’re staying in the race village, which makes having a post-stage shower pre-lunch easy, we’d always recommend that. Sitting around in your sweaty chamois is a great way to foster all sorts of bacterial growth. So, get out of your kit as soon as possible post stage. Have a shower and then enjoy a hearty lunch that is sure to have your eyelids drooping.

Post lunch, find somewhere relaxing to put your feet up. Rehydrate, chat, read a book and just chill; maybe even catch some shut-eye. Or book a sports massage to help you recover. Before you know it, it will be time for dinner. 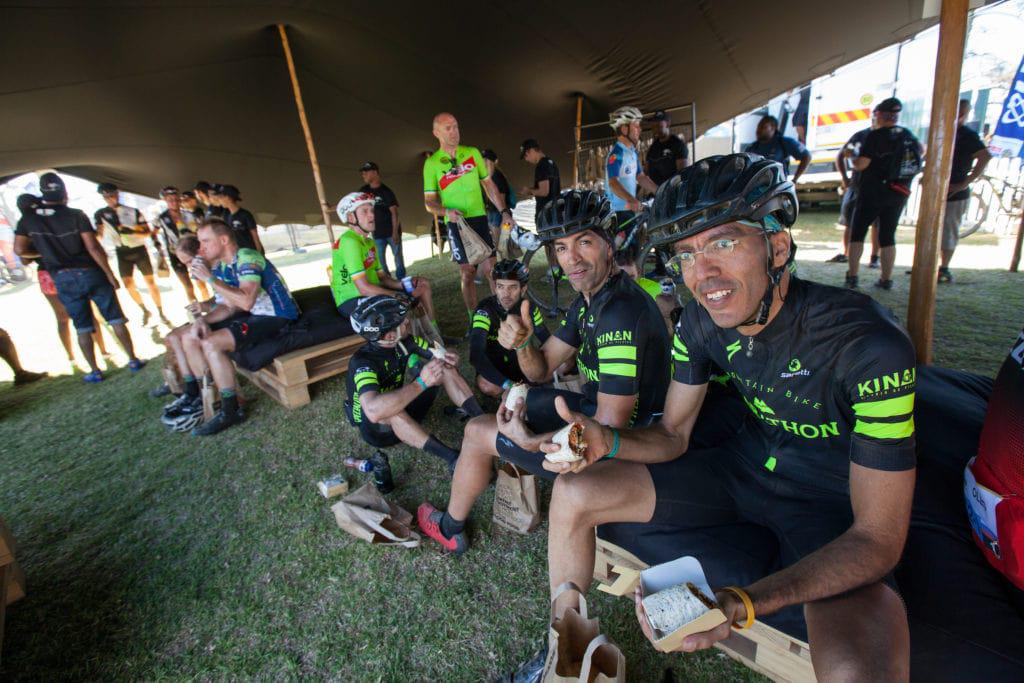 Pack well ahead of the time and pack well! A stage race is your excuse to act like a professional rider and it all starts with packing like a pro. We love to see individually prepared bags (the boot bags which many races use as registration packs work perfectly) – with each day’s kit, socks and nutrition – laid out and marked for each particular stage. Preparing a separate bag with the essentials which you’ll use on each stage; like your helmet, shoes, sunglasses and gloves is also a great idea. As well as a wet/cold weather bag, with overshoes, jackets and casquettes.

Depending on the region you are visiting for your first stage race, as well as the time of year, pack appropriate casual clothing. Along with at least two towels, if you are camping, and a toiletry bag that has some first aid basics in it too.

At many of the Epic Series races, you’ll either receive a branded rider bag or have the option of purchasing one ahead of time. These bags are the perfect size for storing all of your race and post-race gear comfortably. 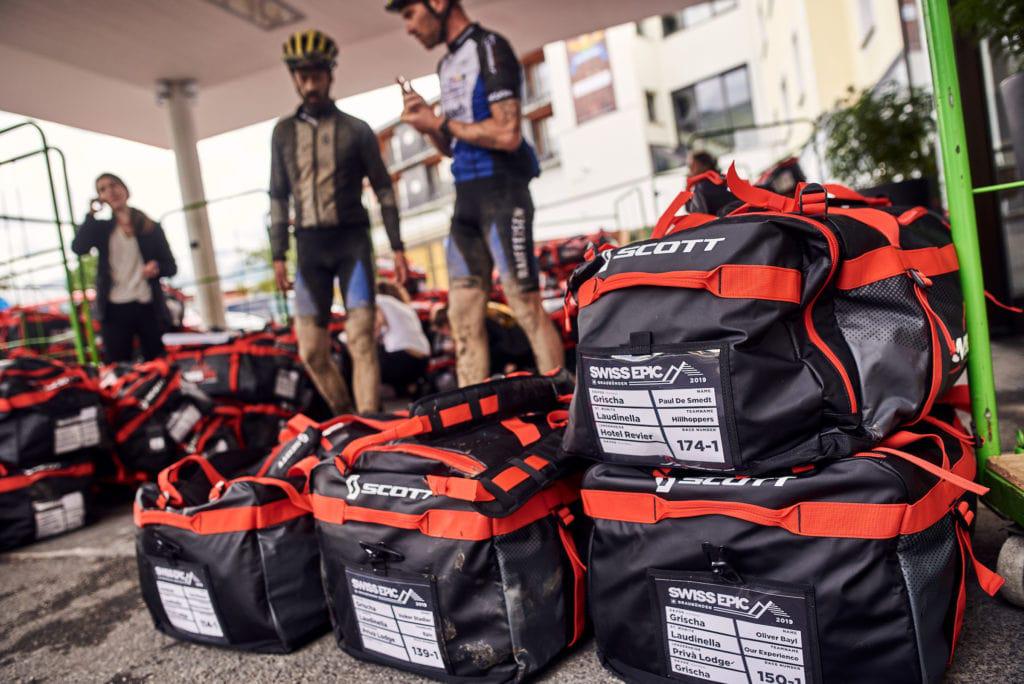 There is no need to tell you that good sleep is key to good recovery. But it can be difficult to get enough sleep at a stage race, especially when you are staying in tents in the race village. If you struggle to sleep, a light sleeping-tablet or sleep-assist medication could be a good bet. Other essentials for getting to sleep at stage races include ear plugs (pack a few), to block out snoring neighbours, and an eye mask.

Many stage races feature tented accommodation and preparing for a long weekend in a tent is an article on its own. The basics we recommend you pack are a single bed fitted sheet, a warm sleeping bag, a comfortable pillow and a head-lamp. Nevertheless, it takes a special kind of relaxed approach to master the art of getting eight hours of sleep, in a tent at a stage race.

So, if you plan on camping throughout the eight days of an Absa Cape Epic you better get a few stage races under your belt first. 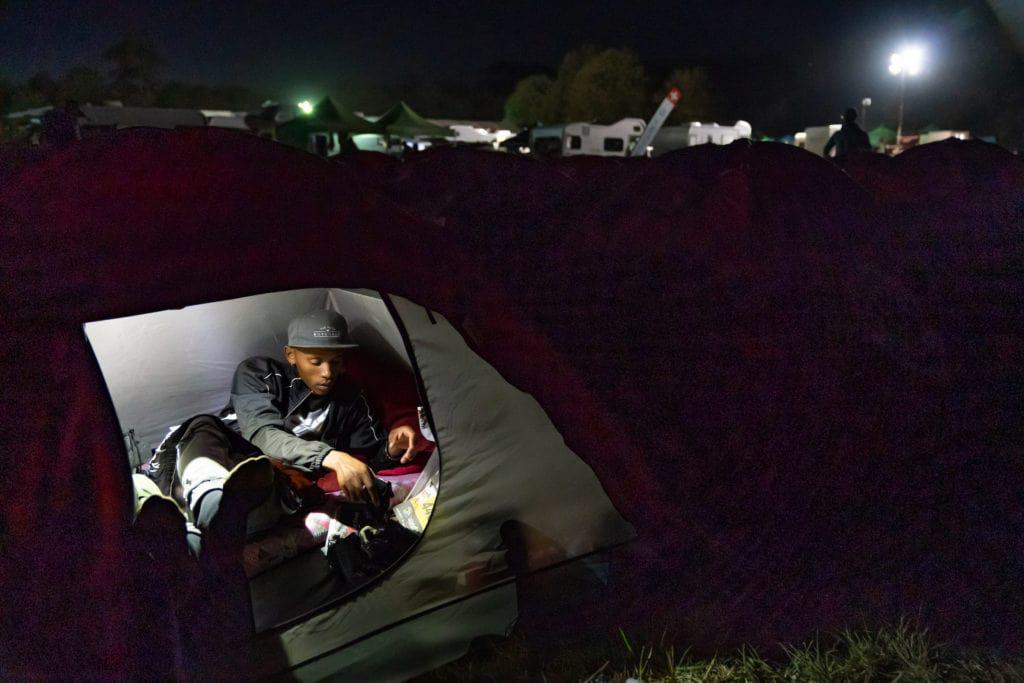