BULLS and RDR Italy Leynicese Racing Double Up in Andorra

Stage 1 of the 2021 Andorra MTB Classic-Pyrenees was won by Team BULLS and RDR Italy Leynicese Racing Team; in La Massana on Thursday, 1 July; both the men’s and women’s stage winners had won the Prologue, the day before. The results mean that Martin Frey and Simon Schneller lead the men’s race by just 33 seconds. While Sandra Mairhofer and Costanza Fasolis lead the women’s race by a significant 11 minutes and 33 seconds. 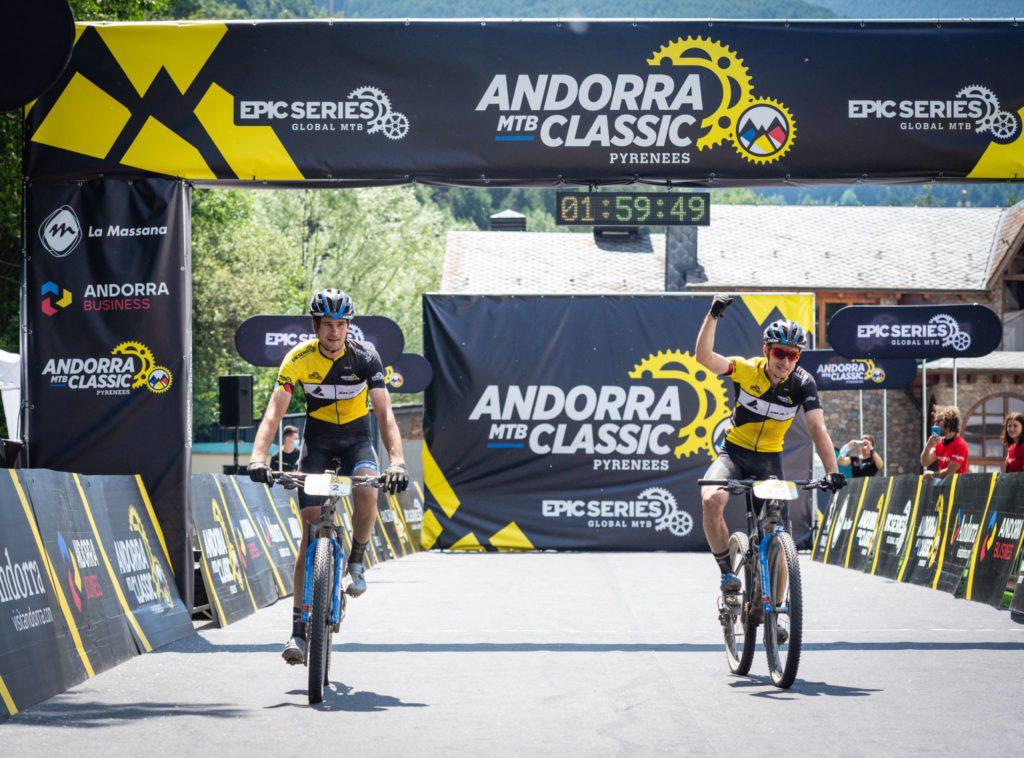 The first marathon stage of the Andorra MTB Classic-Pyrenees was only 42-kilometres long. It did, however, include a massive 1 550-metres of climbing and reached a maximum altitude of 2 120-metres above sea level. The route featured sections of the famed Vallnord Bike Park and provided thrilling but challenging riding, virtually throughout.

The combination of singletracks and challenging climbs proved the ideal terrain for a seesaw battle for the men’s race stage honours. The BUFF Scott MTB Team, of Hans Becking and Francesc Guerra Carretero, excelled on the long climbs, on their SCOTT Scale hardtails. “I felt better today, especially on the two very long climbs” Becking related, explaining how the stage unfolded. “We attacked on the second climb and got away, establishing a small gap. But on the long Commençal downhill, Team BULLS nearly flew right over us, on one of the jumps. We did the best we could and the gaps are still very small. Tomorrow is a longer stage, which I think suits us better so we’ll try again and aim for more.”

The time gaps between the top teams are indeed very small. On the day, Becking and Guerra Carretero crossed the line only 24 seconds after the stage winners, Team BULLS. “It was, again, a super hard day at altitude” stage winner Schneller confessed. “Up to the Vallnord Bike Park we felt quite good and could control the race, but after that it became very hard to breathe in the high mountains. But we managed the effects of the altitude as best we could and we were super strong on the downhills. Our advantage there helped us to the stage victory.”

Team BULLS and BUFF Scott MTB Team were joined on the stage podium by JBG2 CryoSpace’s Jakub Zamroźniak and Krzysztof Łukasik. The result sees the Polish combination move up to fourth on the general classification. Marco Rebagliati and Nicola Taffarel, of Wilier 7c Force 2 move up to third on the overall standings, leapfrogging their Wilier 7c Force 1 stablemates. Frey and Schneller lead the standings, after two stage wins. Becking and Guerra Carretero are second, poised to strike on Stage 2. 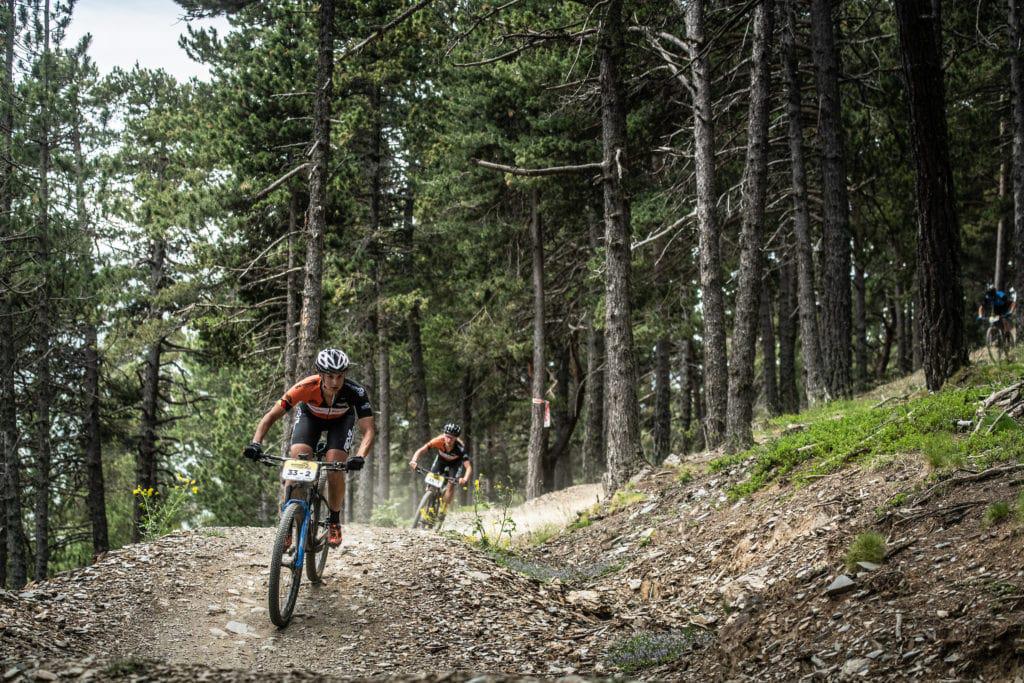 In the women’s race, Mairhofer and Fasolis also raced to their second successive stage victory. Their margin of victory was counted in minutes rather than seconds, though, as they put 9 minutes and 39 seconds into MTB Pro Merchandising’s Alice Pirard and Greete Steinburg. “Today was super fun” Steinburg enthused. “We really enjoyed the climbing. There was a lot of it, but it wasn’t too hard. The downhills, though… they were worth every metre we ascended.”

For Pirard and Steinburg’s rivals, and the stage winners, fun proved fast, too. “We had a lot of fun” Mairhofer grinned. “Costanza [Fasolis] was absolutely flying on the descents and I just had to try to stay with her.”

Such was the pair’s dominance on the day that they were able to take in the Andorran scenery too. “I love mountains, so Andorra is exceptionally beautiful in my eyes” Fasolis praised. “The scenery was spectacular today, but not just the natural environment, we rode through a few small villages which were really pretty, too.”

After two days of the Andorra MTB Classic-Pyrenees, the RDR Italy Leynicese Racing Team are sitting pretty in the women’s leader jerseys. Their 11 minute and 33 second advantage over Pirard and Seinburg, of MTB Pro Merchandising, should provide a handy insurance policy against the unexpected time losses which can lurk around any switchback on an Epic Series stage race route.

Orbea Factory Team Women will need their rivals to suffer mechanical misfortune if they are to move up on the women’s general classification. After finishing third, twice, Ariane Lüthi and Sandra Jordá are 39 minutes and 23 seconds down on Mairhofer and Fasolis. Lüthi, despite her Epic Series fame, success is already looking extremely unlikely to add the Andorra MTB Classic-Pyrenees title to her palmarès. 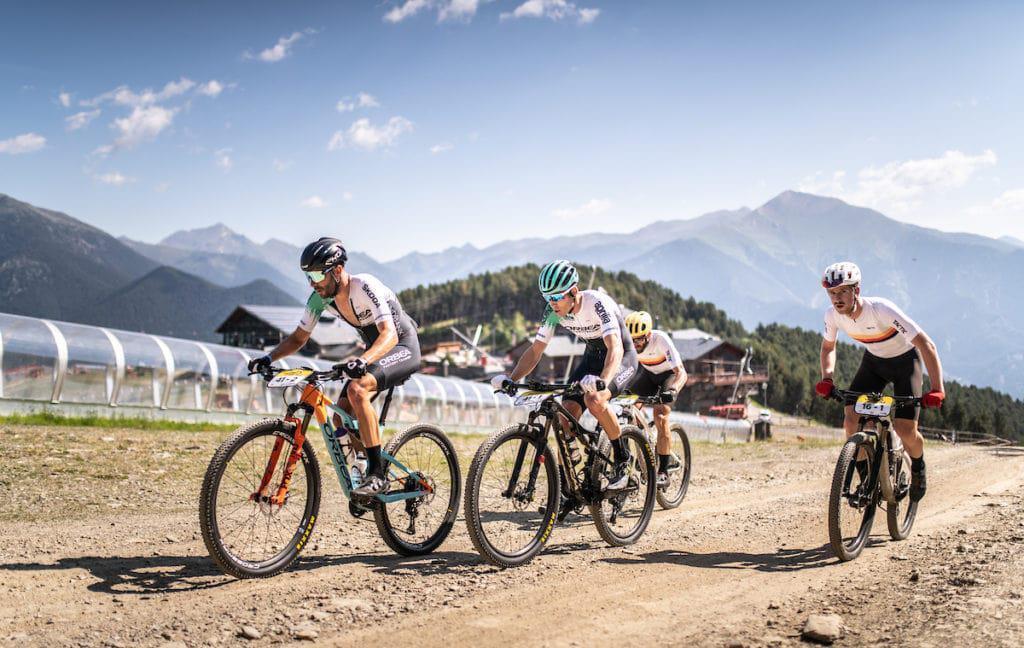 One of the most famous faces in the race is that of MotoGP star Aleix Espargaro. The Spanish rider is racing with Oliver Avilés and has the number 41 on his mountain bike in honour of his motorbike’s race number. “The riding in Andorra is very explosive, which maybe isn’t the best for me, but I’m enjoying it a lot” the Aprillia pilot smiled. “The trails are hard here in Andorra as they’re constantly going either up or down. But, like I said, we’re enjoying it and are looking forward to the rest of the race.”

For mountain biking fans, who are also enjoying the Andorra MTB Classic-Pyrenees, its possible to follow the race on www.andorraclassicmtb.com. Alternatively, one can download the Epic Series mobile application, from the Google Play or the App Store, for updates from the race and to view daily highlight videos.