The contenders for the inaugural Andorra MTB Classic-Pyrenees’ Elite men’s title are looking forward to the racing conditions in the mountain Principality. Here is a look at who to watch from 30 June to 3 July 2021.

The first edition of the Andorra MTB Classic-Pyrenees and its promise of spectacular trails, challenging climbs and highly competitive racing draws riders from across Europe to the mountain Principality. In the Elite men’s category, the field is evenly matched and promises to produce four thrilling days of racing. Especially if the favourites – Team BULLS, BUFF SCOTT MTB, MTB Wallonie and Wilier 7C Force – arrive in Andorra in peak form.

For 2021, the UCI classification of mountain bike stage races has changed and has grouped multi-stage events and marathon races together. This means any points earned in the S2 category Andorra MTB Classic-Pyrenees count towards the UCI Marathon Rankings. Three of the current top five riders on those rankings are set to line up in La Massana, on the 30th of June. 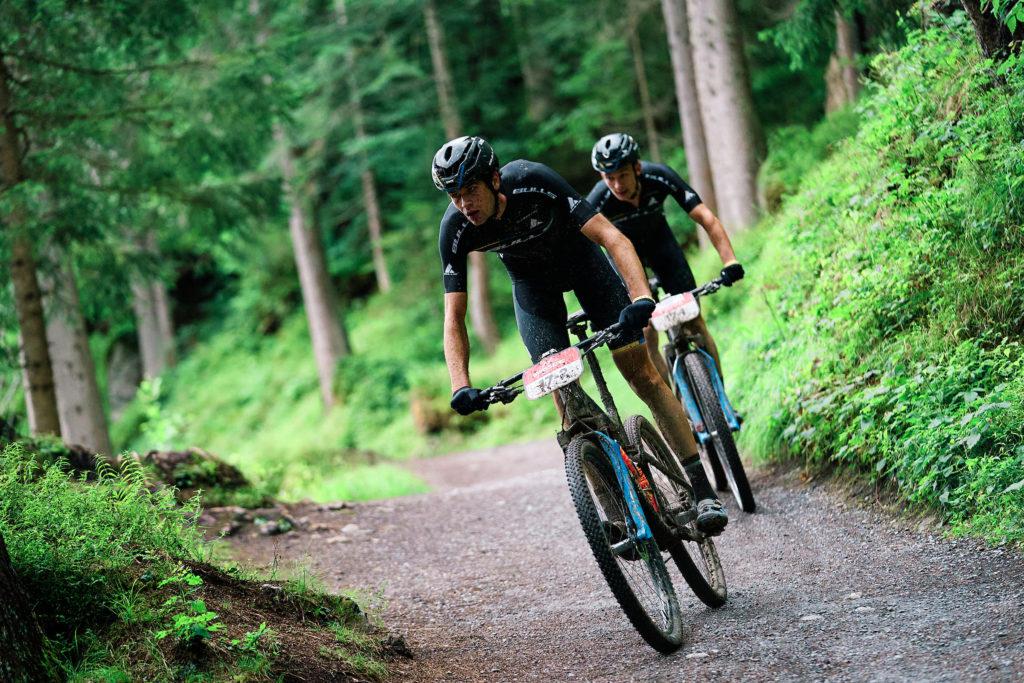 Team BULLS will start the race with the number 1 bike boards; their rides, Martin Frey and Simon Schneller, are currently ranked fourth and fifth on the UCI XCM rankings. Their strongest rivals, on paper, are the BUFF SCOTT combination of Hans Becking and Francesc Guerra. Becking is currently ranked sixth in the world, while his teammate is both an experienced and skilled stage racer. 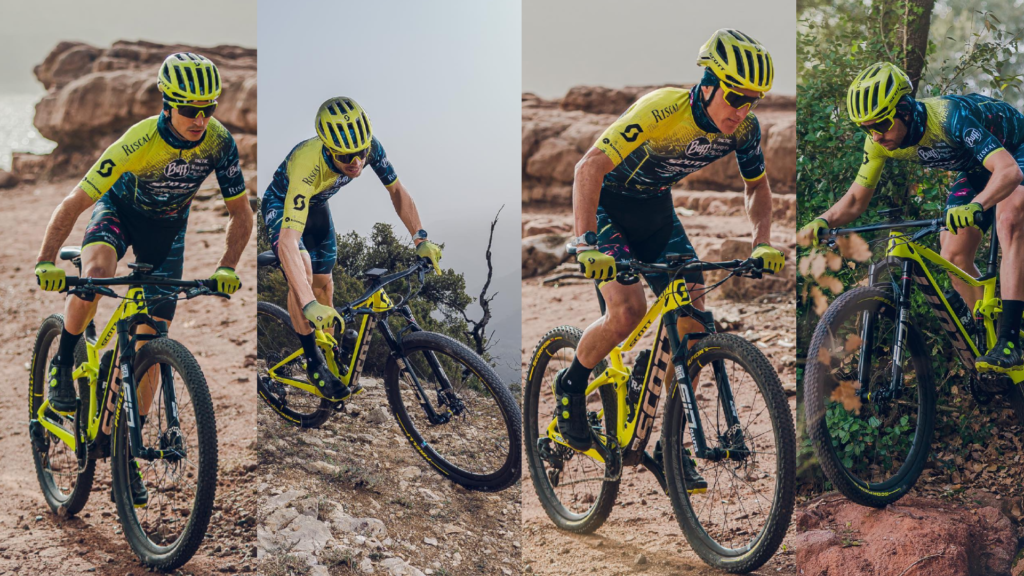 Becking and Guerra are also ably supported by the BUFF SCOTT MTB Team 2, of Jose Mari Sanchez and Guillem Cassú. Mari Sanchez and Cassú will start the race with general classification ambitions of their own, but could use the team dynamic to put pressure on the likes of Team BULLS, and MTB Wallonie. Wilier 7C Force are in a similarly strong position, with two teams lining up for the Andorra MTB Classic-Pyrenees.

The Italian outfit have Johnny Cattaneo and Martino Tronconi lining up as their first team, with Marco Rebagliati and Nicola Taffarel – nominally at least – the second team. Cattaneo has Epic Series pedigree, having won Stage 6 of the 2019 Absa Cape Epic alongside then teammate Louis Meija. Like BUFF SCOTT, Wilier 7C Force could use their numerical advantage to break up the elite field with their teams taking it in turns to attack and counter attack. 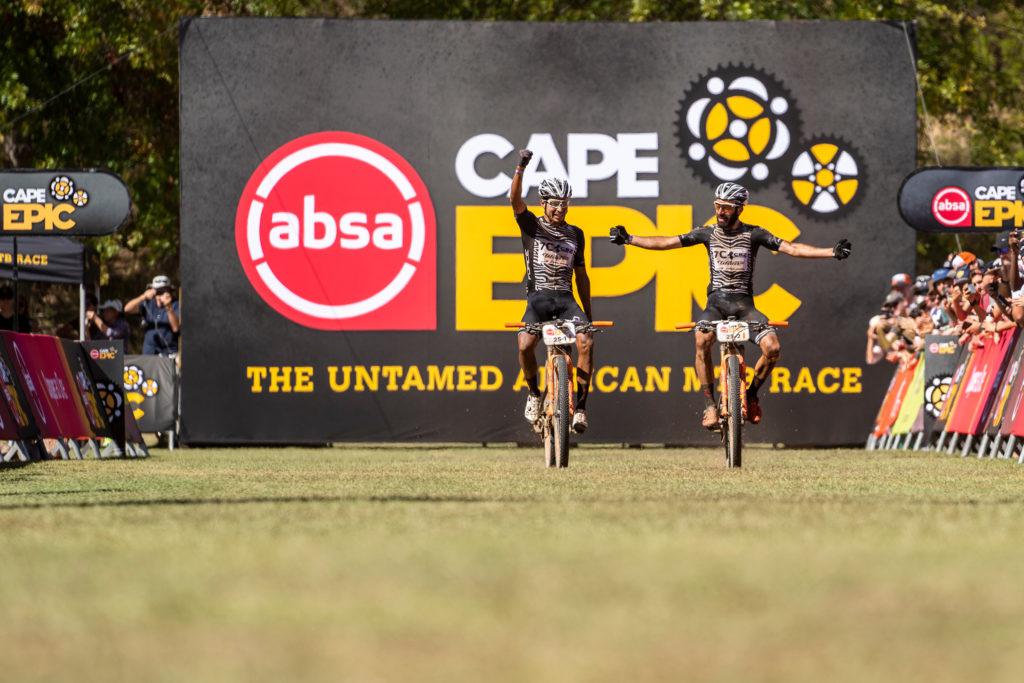 Sebastién Carabin, racing for MTB Wallonie, has completed each of the Epic Series’ Legend events, making him an Epic Legend – a status he earned at the 2020 Swiss Epic in Graubünden. “I raced the Swiss Epic last year, during Covid, and everything was safe and very well organised” he said of the Epic Series’ Covid mitigation protocols. “We can, therefore, trust in Andorra MTB Classic-Pyrenees sharing that great organisation and can go ahead into the event without any undue concerns. I know the race villages have all the comfort and facilities needed for maximising a good experience and a safe adventure. I’m looking forward to being there!”

Carabin and Pierre Billaud have already raced together this year. “We raced the Andalucía Bike Race together, in May, and both participated in the Hero Dolomites, in June” the Belgian explained. “So, our form should be good. I had also raced in Andorra before, in the World Cup and at the 2015 World Championships, so I know the area in and around Vallnord.  It is very beautiful but also quite physically demanding. I expect we will face hard and steep climbs, as well as technical downhills where MTB skills will be needed, during the race.”

Another familiar rider to followers of the Epic Series is Sweden’s Calle Friberg. The Team HiQ rider will be racing with Henrik Jansson at the Andorran MTB Classic-Pyrenees. Friberg is exceptionally well travelled, having raced all over the world, and as such, was eager to take part in the inaugural Andorra MTB Classic-Pyrenees. “I love stage races and when a new one comes along, in a place I’ve never ridden, I got curious” he laughed as to why he entered. “Fortunately, my teammate, Henrik, was game too!”

“I’ve stepped up my training a bit, in preparation for the race” Friberg said. “I’ve added more long rides and some intensity as well. But, since I haven’t raced as much this year, we are just trying to get a good preparation together ahead of Swiss Epic, in August. Henrik and I will also be racing in Graubünden together, so I’m just hoping to keep up with him in Andorra. We lack the thin air and the high mountains in Sweden, so the racing will be super tough, no doubt!”

Friberg and Jansson are the only Swedes in the Elite men’s field, but they are not the only team made up of single nationalities. The Caldas de Penacova  team of Rui Saraiva and Miguel Serra both hail from Portugal, while Guy Diaz Grollier and Kilian Folguera Diaz represent the host nation, Andorra, and FEDERACIO ANDORRANA DE CICLISME. Italy and Spain provide the majority of the Elite men’s teams, with RDR Italia Leynicese Racing Team, New Bike 2008 Racing Team 1 and 2 being all-Italian outfits.

Spain, along with being represented by the BUFF SCOTT teams, have brothers Josep and Roger Colomina Tomas (One To One / J2M) as well as Cesar Garcia Crespo and Ion Roldan Jimenez (4 CAMINOS SANGÜESA/ZANGOZA) on the start line. While Poland will be represented by two dark horse teams. The JBG2 CryoSpace team are also among the outsiders for a stellar general classification result; but Jakub Zamroźniak, and his partner Krzysztof Łukasik, are up to the challenge. “In my opinion, Andorra is one of the best places in the world for mountain biking” he stated. “Its clean mountain air, great summer weather and amazing trails make it a joy to ride in the Principality. We’ll arrive a few days before to acclimatise and explore; but once the racing starts, I’m expecting interesting and hard stages, with very tough competition. Krzysztof [Łukasik] and I will be ready for the challenge.” 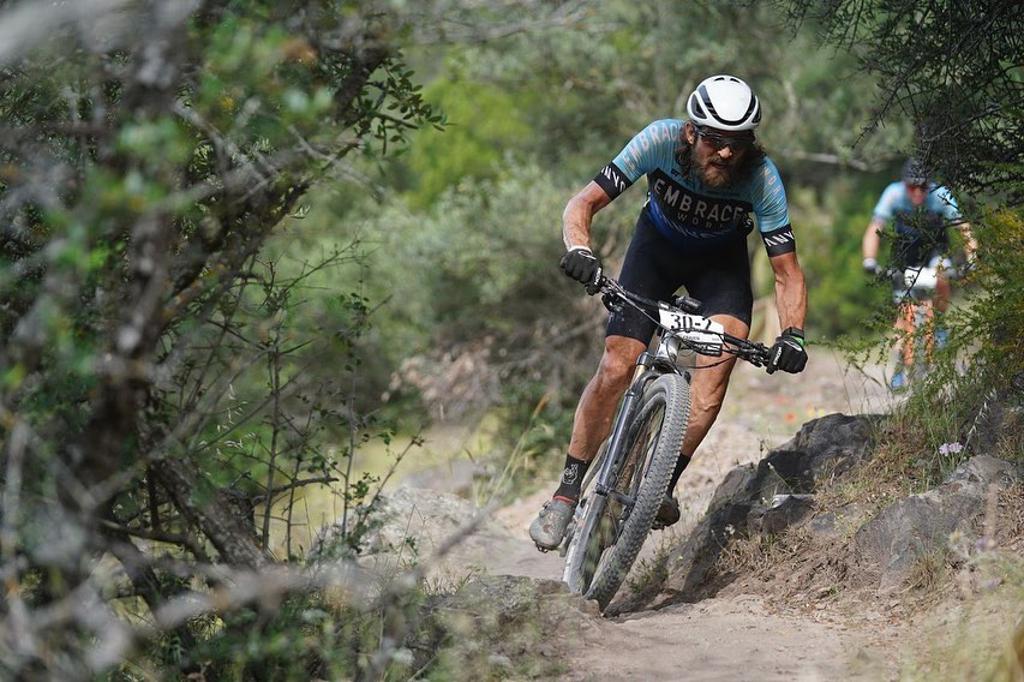 The final team to watch is a pair of converted, or in the case of one semi-converted, road racers. Daan van Meeuwen and Dan Craven will race the Andorra MTB Classic-Pyrenees as Tactic HQ 1. Van Meeuwen is a 22-year-old cyclist and photographer who fell in love with mountain biking. “I’ve recently developed a passion for riding MTB and when the opportunity presented itself to race in Andorra, I took it” the Dutch rider smiled. “Participating in an Epic Series event as a UCI team is definitely a unique experience and I’m looking forward to the hard days in the saddle.”

“Although I heard relatively last minute that I would be racing the Andorra MTB Classic-Pyrenees, I was in good shape as I was planning on riding a few ultra-distance races” Van Meeuwen added. “It was then just a matter of fine-tuning the shape and being ready for the high intensity of MTB racing. The last time I raced was a few years ago, though, so I will miss some of the explosiveness that the top guys have. Especially in the shorter stages. It will be important to not blow up and ride at a steady pace instead.”

His teammate, Craven, has spent more time off-road recently than one may expect from someone preparing for the Olympic Road Race. The Namibian, and only rider from outside of Europe in the Elite men’s field, is anything but conventional. He and Van Meeuwen could thus be the team to watch for fans more interested in unique perspectives and captivating stories, rather than racing results.

To follow all the action from the Andorra MTB Classic-Pyrenees, which takes place from the 30th of June to the 3rd of July, visit www.epic-series.com. There mountain biking fans will be able to watch daily highlight videos, read reports on how the race unfolded and browse through the daily photo albums. More coverage can be found on the race’s social media handles, @andorramtbclassic on Instagram and Andorra MTB Classic-Pyrenees on Facebook. Regular live updates, from the race route, will also be posted on the @EpicMTBSeries Twitter handle.