BUFF SCOTT head for the Pyrenees

BUFF SCOTT mountain biking team are among the favourites for the inaugural Andorra MTB Classic-Pyrenees.

BUFF SCOTT mountain biking team are among the favourites for the inaugural Andorra MTB Classic-Pyrenees. The Spanish squad are sending two teams to the race, with Hans Becking and Francesc Guerra leading the charge. They will be supported by Jose Mari Sanchez and Guillem Cassú. 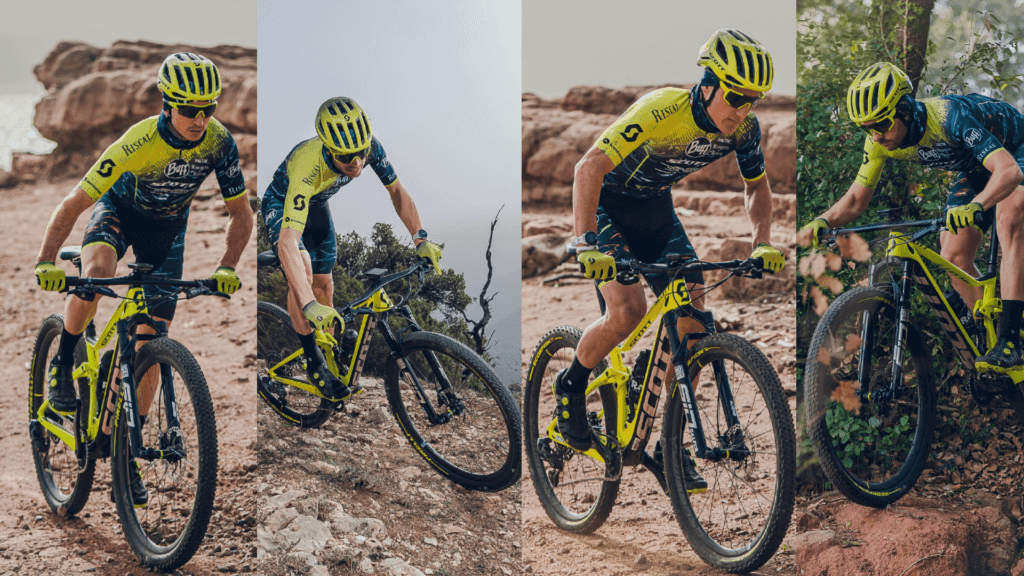 The Spanish, BUFF SCOTT, teams are among the most competitive marathon and stage race specialists in the world; their riders have, over the years, graced many a podium, and 2021 has been no different. New signing Hans Becking has slotted into the flamboyant squad, racing to fifth on the latest UCI Marathon rankings. The Dutch rider will partner with Francesc Guerra for the Andorra MTB Classic-Pyrenees; they will have Jose Mari Sanchez and Guillem Cassú for company, as BUFF SCOTT ascend to Andorra en masse.

When asked what was attracting him to the inaugural Andorra MTB Classic-Pyrenees, Becking emphatically stated: “For sure the location! What a place to have an MTB race?! I like Andorra a lot; there is no better way to explore a country or region than through a mountain bike stage race.”

Like many of his fellow elite riders, Becking is no stranger to Vallnord. The famous bike park in the race’s host town, La Massana, has hosted World Cups and World Championships in the past as Becking reiterated: “I’ve been in Andorra several times, racing the XCO World Cup there.” Knowing what he’s in for is one thing, but coping with the altitude in racing conditions is still anything but easy. “The stages may be short, but the mountains are steep and breathing isn’t easy, especially for a guy who lives below sea level,” the man from the Netherlands highlighted. “I expect some great trails and hard climbs.”

“I started the season with a knee injury, but I am now fully recovered and looking forward to race in Andorra” Becking’s partner Guerra added. “The stages are not very long, but the altitude and the ‘thin air’ are demanding. Those two factors can take their toll on riders, like us, who live at sea level. I have raced the UCI World Cup in Vallnord several times as well as a few other XCO races in Andorra, so I know what to expect racing wise. But I also know the country relatively well. I live 2 hours, by car, from Andorra and since childhood, I’ve gone on holiday there for a few days every summer. More recently, I take my family there for a few days of riding bikes or to spend a day shopping. Above all, Andorra is a cyclist’s paradise; both for road and trail lovers.”

Echoing his teammates, Cassú added his praise for Andorra as a destination: “In my opinion, it’s one of the best places to practice outdoor sports in Europe, especially in the summer months. There aren’t too many people, but there are lots of mountains, which are full of singletrack climbs and descents.”

Though he and teammate Jose Mari Sanchez are nominally BUFF SCOTT’s second team, there will be no team orders in the squad until the trails determine which team has a better chance of success. This tactical flexibility could pose a problem for the other favourites; Team Bulls, BEEHI LEECOUGAN FACTORY TEAM and MTB Wallonie. Only the Wilier 7C Force outfit will also be represented by two teams in the Andorra MTB Classic-Pyrenees. Their strength in depth could be BUFF SCOTT’s greatest weapon on the trails.

To track their progress in the Andorra MTB Classic-Pyrenees, from the 30th of June to the 3rd of July, visit www.epic-series.com. There, mountain biking fans will be able to watch daily highlight videos, read reports on how the race unfolded and browse through the daily photo albums. More coverage will be available on the race’s social media handles, @andorramtbclassic on Instagram and Andorra MTB Classic-Pyrenees on Facebook. Regular live updates, from the race route, will also be posted on the @EpicMTBSeries Twitter handle.