Scouting Trails Through Graubünden to Build the Swiss Epic Route

Plotting the 2021 Swiss Epic route required far more than drawing lines on Google Earth. Trail Scout, Stefan Wolfisberg and, Race Director, Corina Feuerstein spent long months pouring over maps, riding trails and negotiating access. As the snow melts on the high mountains of Graubünden, their work is far from over.

Switzerland’s largest canton, Graubünden, offers virtually boundless mountain biking options. Especially as the region boasts a trail tolerance policy, dubbed the fair-trail initiative, which allows mountain bikers to utilise hiking trails, too. With so many trails to choose from determining the route for each edition of the Swiss Epic is a daunting task, but, fortunately, Stefan Wolfisberg and Corina Feuerstein are experts at just that.

The race’s Trail Scout and Race Director, Wolfisberg and Feuerstein spend on average 18 months developing, plotting, negotiating access and refining the Swiss Epic route. There is, however, one major limiting factor which governs the route, accommodating the number of people taking part in and working on the race. “We need about 1 000 beds, per night, per town” Wolfisberg explained. “Only Davos/Klosters, St. Moritz, Lenzerheide, Arosa and Flims/Laax/Falera have enough hotel beds.” 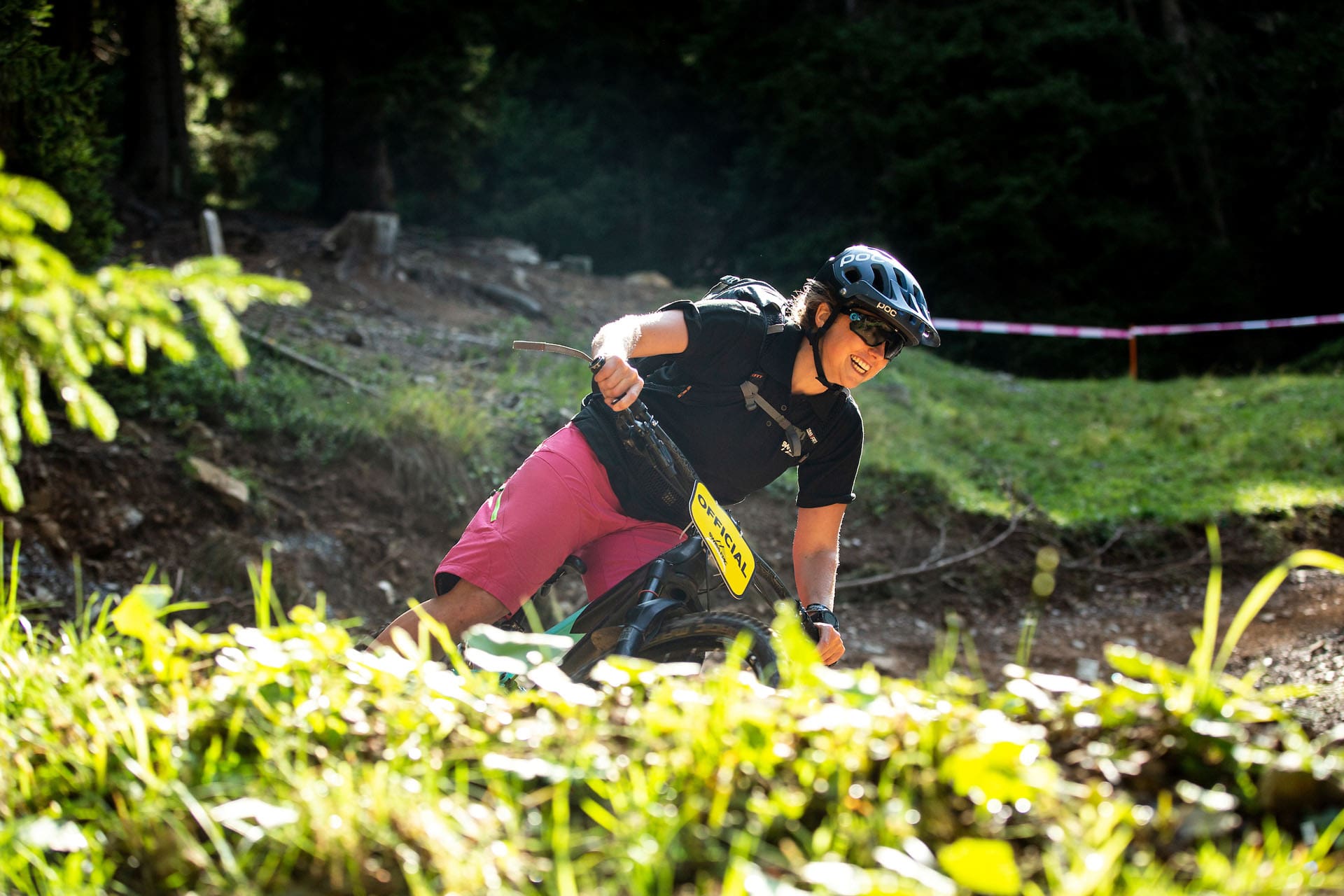 “Not all of the host towns can be combined” Feuerstein added. “Some are simply too far apart or a route between them would feature too much climbing. What we therefore need to figure out first is which host towns can be combined with an attractive and manageable route. Once that rough planning is done, we dive into the detail of linking the best singletracks together and ensuring the route takes in the most iconic locations near, or between, the host towns. This recipe helps us create an unforgettable experience, at the Swiss Epic, for the teams taking part.”

“To provide a different route year-on-year we can also rely upon the famously efficient Swiss public transport network” Wolfisberg highlighted. “In 2021, the Swiss Epic will be visiting Graubünden’s most sparsely populated valleys, Valposchiavo. The finishing town, of Stage 2, La Prese is too small to host the race overnight. Thus, the teams will be shuttled back to their hotels in St. Moritz after the stage."

“Being able to shuttle riders from a smaller village back to a larger town frees us up to create really exciting routes” he enthused. “I try to link the best trails without crossing roads or railway lines, which we have so many of in Switzerland. These are always loops which I’m asked about at the end of the day: ‘why did we have to do this loop, why didn’t we go straight?’ Well, there is always a reason why! Believe me, I’m not just cruel and want the riders to suffer. I hate every metre downhill on tar or gravel roads, so I do everything I can to avoid those.”

The highlights of the 2021 Swiss Epic route, as far as Wolfisberg is concerned, is the exceptional riding. “I like this year’s stage to Valposchiavo” the Trail Scout said. “The region is so different and has its own flair; culturally, linguistically and geographically. The contrast between Piz Bernina, Graubünden’s highest peak, and its glacier with the warm temperatures down in Le Prese is unbeatable. The altitude difference between the summit of the Bernina Pass and Le Prese is nearly 1 400 metres! My advice would be to enjoy a gelati on the banks of the Lago di Poschiavo, near the stage finish, while waiting for the shuttle.”

“This year, the Swiss Epic also features some incredible trails around St. Moritz” he added. “It’s like a huge playground, high in the Alps. In addition to the trails, the Scaletta Pass climb is definitely a highlight; not only because it leads into the incredible downhill from the summit to Davos. And last, but not least, the trails around Davos Klosters are always among my personal highlights.”

Planning the route is not over until just before the race, even though the process began a year and a half before. “The long Swiss winter is a big issue for route planning” Wolfisberg acknowledged. “Normally the whole route is only accessible from the end of July until mid-October. Therefore, the route can change a lot, sometimes even one day before the race! Two years ago, for example, we had to change a stage route 15 hours before the start due to heavy rain. That, was challenging! It cost me a few nerves and caused me a few more grey hairs.”

“In June we will do a last test ride with the route team, riding as much of that year’s route as possible” he explained. “Usually after that about 5% of the route that has to be changed or adapted. The main problems we face are avalanches and landslides as a result of spring storms.”

“Having Graubünden as the event’s main sponsor is a tremendous help in gaining access to the trails we want to include in the race” Wolfisberg pointed out. “We need permission from every community the race passes through. Sometimes, if we want a special trail, we need to talk to the landowners. We also have to ask many authorities and organised groups; such as the hunters, the rangers and the police. At the end, the canton of Graubünden gives us the final okay for the event… if everything is as it has to be.”

“When I started this job 7 years ago, I was a poor negotiator” he laughed. “But I think, that’s were I learned most in this time. Now I can say, that I nearly always get the trails I want.”

Planning for the 2022 Swiss Epic route is well underway and the outline of the 2023 route has been sketched too. “I can’t wait to share next year’s route with you” Wolfisberg teased. “But first there are all highlights of the 2021 race to enjoy!”