Heralded as the founding destination for snow sports tourism, St. Moritz has a rich history of welcoming thrill seekers. In 2021 the town, in Graubünden’s Engadin valley, will host the Swiss Epic for the second time.

Heralded as the founding destination for snow sports tourism, St. Moritz has a rich history of welcoming thrill seekers. In 2021 the town, in Graubünden’s Engadin valley, will host the Swiss Epic for the second time.

Having hosted two editions of the Winter Olympics, St. Moritz is on course to add a second double to its palmarès, by accommodating the Swiss Epic’s race village for a second time. The fabled spa and ski-resort town first welcomed the Epic Series event’s riders in 2019. With so much to explore and so many things to do it’s no surprise that the race has returned again so soon.

Despite its fame as a winter sports destination, St. Moritz was initially a summer holiday hot-spot. Winter tourism boomed from “1864, when hotelier Johannes Badrutt made a bet with some of his British guests” St. Moritz’s tourism information portal retells the story. “He promised them that, in addition to the gorgeous summers, winter in St. Moritz is so pleasant that on clear days you can enjoy the sunshine on the terrace without wearing a jacket. If he turned out to be wrong, the hotelier promised to pay their travel costs and accommodation. The following December, a group of British men crossed the Julier Pass covered from head to toe in furs. Upon arrival in St. Moritz they were met by blue skies, warm sunshine and Badrutt, who stood waiting to greet them without a jacket and with rolled up sleeves. Winter tourism was born.”

From as early as 3 000 years ago, the region where St. Moritz was to spring up has been a destination that has drawn in travellers. Initially it was the mineral springs which attracted visitors; now the town boasts year-round activities and charms. From its unique architecture, museums and libraries to the geographical and geological features which make the town the sports lovers’ destination it is – there is always something to do in St. Moritz, no matter your interest.

For mountain bikers visiting Graubünden for the Swiss Epic, the town’s summer attractions are worth a closer look. It hardly needs mentioning that the riding around St. Moritz is world-class. Swiss Epic entrants will be treated to the trails in due course, though those arriving early can sample the singletracks before the race gets underway. A trial ride course will be published on the Swiss Epic website in the week before the event. This short route will provide riders with a sample of what to expect during the event and allow them to acclimatise to mountain biking at altitude. 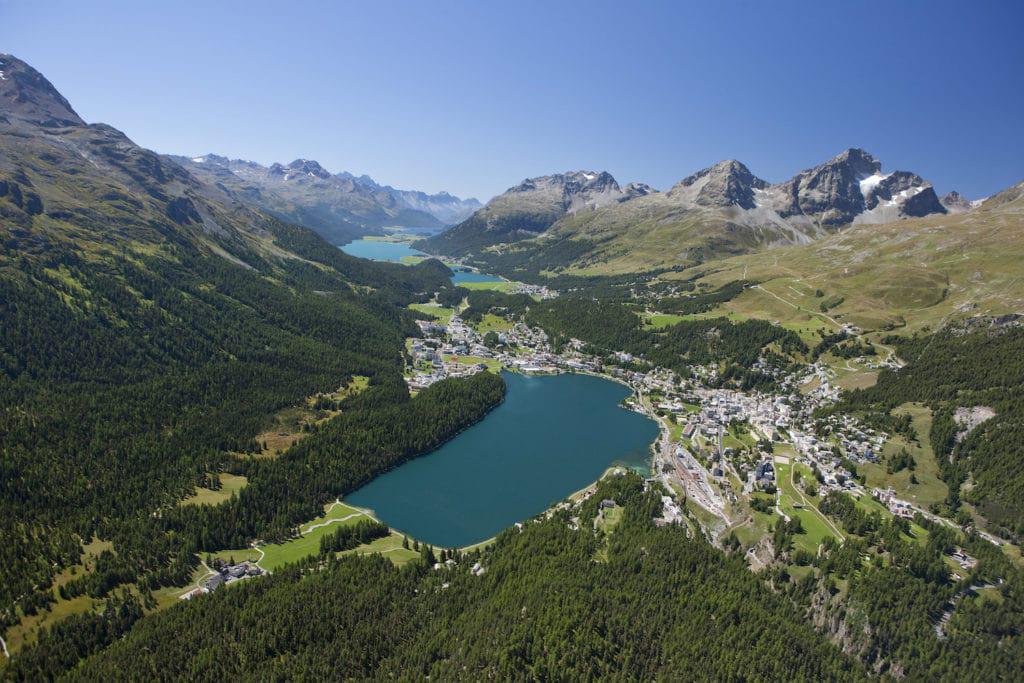 Given its location in the Engadin valley, St. Moritz also offers incredible road cycling. The Berninapass, Malojapass, Julierpass and Abulapass are all within easy riding distance from the town centre. 2021 Swiss Epic entrants will be crossing the Berninapass, on Stage 2, so perhaps conquering the other three passes will hold more of an appeal ahead of the race.

Off the bike, St. Moritz’s summer active attractions include a vertical 1K route, which ascends the “Free Fall” segment of the downhill ski course. With gradients reaching 45-degrees, it takes just 5.5-kilometres to gain 1 000-metres in elevation! There is a race up the slope, known as the Vertical Summer Run, which takes place on the 15th of August 2021; but avid trail runners can challenge their vertical 1K personal bests on the route throughout the summer.

For those seeking to ease into activities at altitude the hiking in the Engadin valley is highly recommended. As one would expect of the Alps in general, and Graubünden in particular, the mountain meadows near St. Moritz are stunning in summer. The most popular route is a hike into Val Fex. Advertised as “an unrivalled hiking paradise in summer” the trails through Val Fex are quiet and traverse meadows, pastures and shaded woodland. A hike, from the foot of Val Fex at 1 800 metres above sea level to its summit at 2 000 metres, is one of the best ways to become accustomed to exercising at altitude and the views on offer are nothing short of magical.

In 2021, St. Moritz will host the Swiss Epic for three nights. For intrepid travellers, with or without bikes, this is still far too short a visit to the historic town to truly take in all its attractions. Why not arrive in Graubünden early then and experience more of what St. Moritz and the Engadin valley have to offer. Visit www.stmoritz.com to plan an extended stay.