ROK’D UP – DESTINATION CAPE TO CAPE

There are many ways to prepare for Western Australia’s iconic four day MTB stage race Cape to Cape, 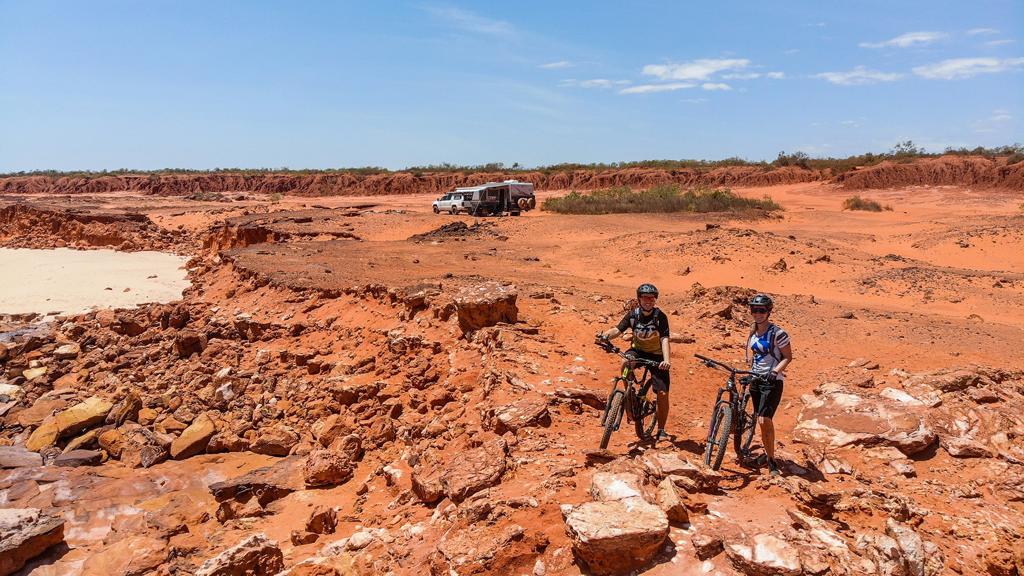 There are many ways to prepare for Western Australia’s iconic four day MTB stage race Cape to Cape, but Brisbane couple Ben Lehmann and Lena Anson-Smith have probably found the most entertaining, slowest and adventurous on record. 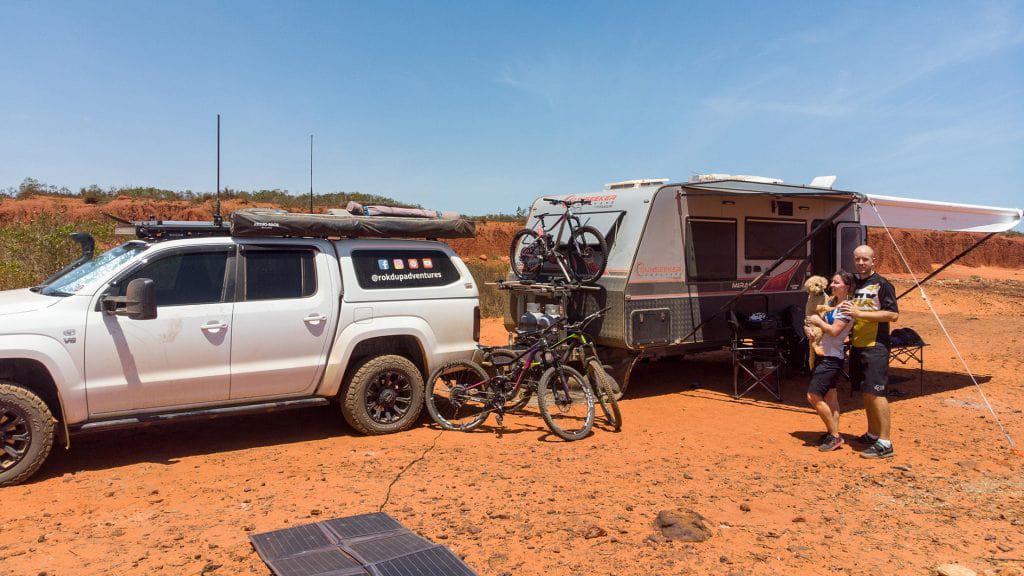 In April 2019, they rented out their Brisbane house, said goodbye to their family and friends, packed up their belongings, the dog and their MTBs and hit the road. The only thing they knew for sure is that they had to be in Margaret River in time for Cape to Cape, the rest of it they were making up on the fly.

Currently on schedule and heading down the west coast, Ben, Lena and Lewis the Bischoodle, aka Rok’d Up Adventures, are on the journey of a lifetime, travelling in their trusty VW Amarok and towing their luxury off road caravan through iconic Aussie towns such as Airlie Beach, Mt Isa, Mataranka, Katherine, Darwin, Derby and Broome and squeezing in some unbelievable MTB training along the way.

An ‘underground Sparky’ who works fly in, fly out in a coal mine in central Queensland, Ben originally got the idea to ride Cape to Cape from an MTB magazine he picked up on his way to work.

“I sometimes buy a magazine at the airport when I am on my way to work. That week I bought Australian Mountain Bike magazine and someone had done a story on Cape to Cape. I thought that would be pretty cool to go over and do a race/ride type of thing with a festival feel, craft beer and food at the end of it.”

“I have had that idea in my head for a couple of years but only recently found out there were three other races in the Epic series. Before we started the trip we booked in Cape to Cape to make sure we would get into Margaret River in time for the race.”

Ben has always ridden road and dirt bikes but when he got into MTB ten years ago it was just casual weekend warrior thing with mates. Eventually he introduced Lena to the excitement of heading off road and she hasn’t looked back.

“I have been riding my first bike for about three years now and loving it. Then after taking our bikes to NZ last year and doing some downhill mountain biking in Queenstown we decided to upgraded my bike for a better fit and to be more downhill specific. Since training for the event I have upgraded again for a bike more designed for cross country and to keep up with Ben. I am really enjoying it and love a good challenge”

“We are riding a bit while we are travelling. When we were in Darwin we were near some MTB trails we found on Trailforks and we were getting in 30-50km about three times a week. We have also been getting in plenty of small rides along the way, just riding the gravel roads as far as we can go, just to get the saddle time.”

“We are getting a really good feel for the country being out on our bikes, like in Derby when we went out to the sandy mud flats, to the wharf and through town. It was a nicer experience and being on a MTB really affords us some cool opportunities to see different places.”

After 15 years in Real Estate and seven running her own business, Lena said the ‘endless’ road trip was all about a life change.

“We bought a house last year and we decided that domestic life wasn’t for us, so we thought we would hit the road. We thought we either do it now or when we are older, so we bit the bullet and did it. Originally it was a bit daunting to be driving, not knowing where you are going with no real destination, except that we had to make it in time for Cape to Cape. It took a bit of getting used to, but then you get in the groove and it is normal now. Since then we haven’t looked back and we love it.”

“We have never done a MTB race before, but we have entered as a pair and we thought Cape to Cape would be a great way to see the area. I don’t mind a glass of wine and really do want to go to the vineyards, so Margaret River was another motivation for doing the race.”

“We really haven’t been roughing it. We have a luxury caravan, it is pretty schmick, so we aren’t doing it hard at all. It has been a blast so far, really good. It has its challenges, but the good times far outweigh any stresses. We a really are living the dream.”

Lena said that most people do the camping thing to get away but she said they are more in touch and connected with people than ever before. “People can keep up with our YouTube videos, Instagram and Facebook. With all the social media stickers on our car it says come over and have a chat. It is great and gives people the opportunity to say hi,” she said.

Catch up with the Rok’d Up Adventures crew and their Cape to Cape journey at: