From Switzerland to South Africa

After an absence of 20 months the Absa Cape Epic returns. 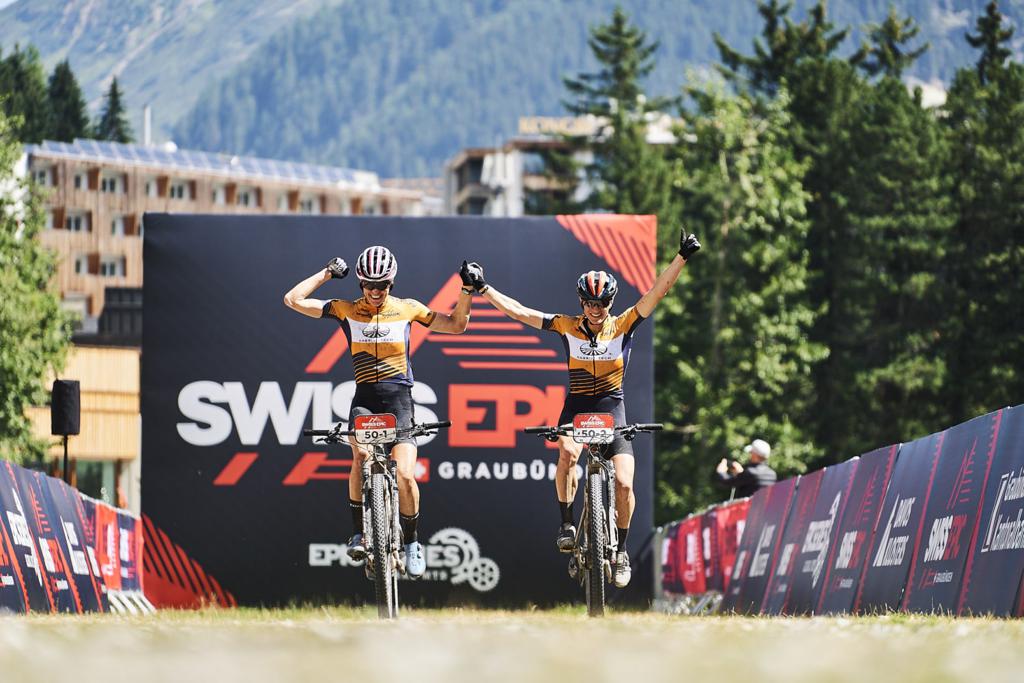 Ariane Lüthi & Robyn de Groot won the 2021 Swiss Epic in Graubünden and in so doing, they raced raced themselves into the favourite’s status for the 2021 Untamed African MTB Race.

After an absence of 20 months the Absa Cape Epic returns. The flagship event of the global Epic Series. Over the years the Swiss have on average outperformed every other nation, including the South Africans, on the final general classification.

The Swiss charge in South Africa was inaugurated by Christoph Sauser and Silvio Bundi in just the third edition of the Absa Cape Epic. In 2006 the pair became the first Swiss riders to win the Untamed African Mountain Bike Race. Subsequently 10 of the 32 elite men’s winners have had the square red flag with the white cross next to their names.

4 additional victories were added in the elite women’s category, with Ariane Lüthi and Esther Süss bolstering the numbers of Sauser, Bundi, Nino Schurter, Lars Forster, Matthias Stirnemann and Urs Huber. Of those 8 riders, 5 can also count the Swiss Epic title on their illustrious palmarès. It is thus arguable that the Swiss Epic is the perfect proving ground for the Absa Cape Epic.

At 5 days long the Swiss Epic strikes the perfect balance between arduous and achievable for most mountain bikers. Having already completed a Classic race, like the 3-day FNB Wines2Whales or the 4-day Andorra MTB Classic-Pyrenees, the next step on the Epic Series ladder is a Legend status event. With New Zealand unreachable for non-residents, due to the country’s Covid restrictions, The Pioneer fuelled by Nutri-Grain is currently off the feasible to-do list, for the time being.

The Swiss Epic on the other hand has notched up two mid-pandemic editions. This is by-in-large due to its European summer scheduling, which coincided with reductions in the numbers of individuals infected with the virus at the times when the race was held. Both the 2020 and 2021 races were great successes on all fronts, but particularly so from a riding and racing point of view.

Not only did the 2020 race see 3 Absa Cape Epic winners standing atop the final podium. SCOTT-SRAM’s Schurter and Foster won the men’s race, while Specialized Factory Racing’s Annika Langvad (herself a 5-time Absa Cape Epic winner) and Haley Batten won the women’s contest. The 2021 race was just as entertaining. Lüthi added her second Swiss Epic elite women’s title, to her 3 Absa Cape Epic women’s race wins, and in so doing raced herself and Robyn de Groot into the favourite’s status for the 2021 Untamed African MTB Race.

“The climbs are obviously a lot longer and the trails are more technical in the Swiss Epic” Lüthi advised. “Or they’re a different kind of technical, the descents are steeper in Switzerland than they are in the Western Cape. Which can be intimidating. But the intensity of the racing, the heat and the dust set the Absa Cape Epic apart. Competing against the world’s best mountain bikers for 8 days is a challenge on a different scale.”

“This year I focused on the back end of the season” Lüthi stated. “After the Swiss Epic I built towards the Swiss Marathon Championships, the World Marathon Championships and the Absa Cape Epic. I know Robyn [de Groot] and I are starting the Absa Cape Epic in the best possible form.” The Swiss/South African pair could thus double up on their Swiss Epic success. Transferring their results from Graubünden to the Western Cape.