The Swiss Epic, in Graubünden’s, trophies are works of art. 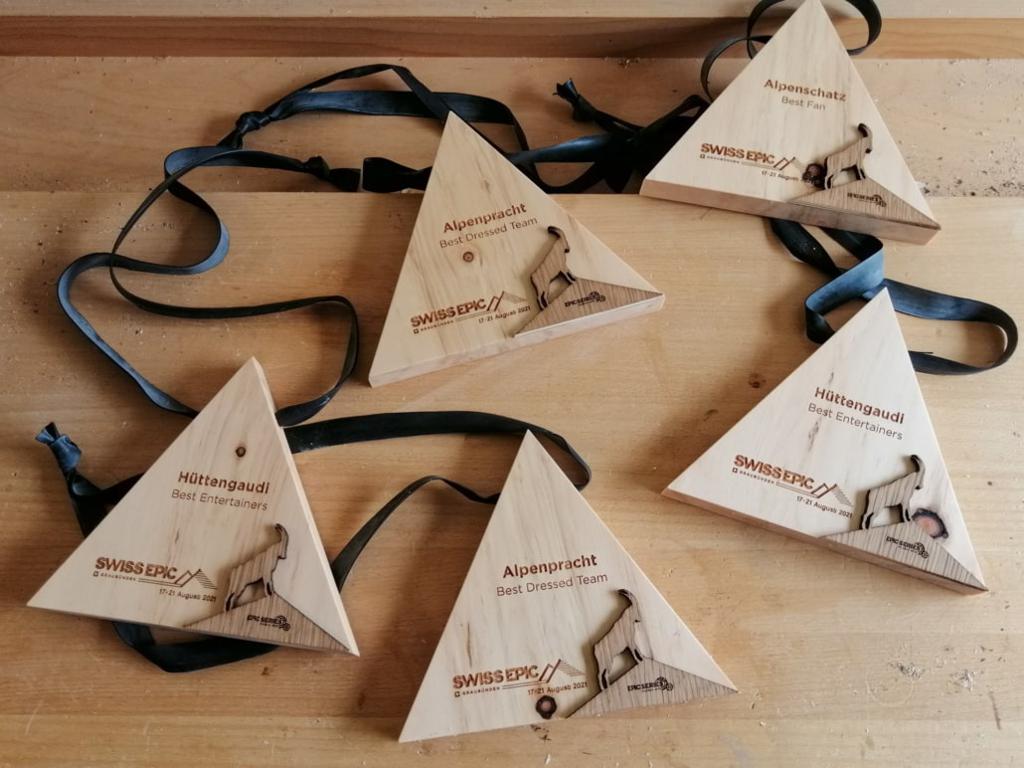 The Swiss Epic, in Graubünden’s, trophies are works of art. Created by Davos based artist Remo Brülhart, they are created from locally sourced materials and perfectly encapsulate the ethos of the race. For 2021 there are three new trophies for special prizes, in addition to the racing category trophies.

Introduced in 2020 the Stone Pine and Larch Swiss Epic trophies are more than just a visual reminder for the category podium finishers of their results in Graubünden. They represent the race itself; its alpine scenery, the ibex which rule the high mountain trails, and the trees which line the route. Created by Davos’ Remo Brülhart they are simple yet eye catching.

Crafted from the wood of endemic trees, they boast laser etched details and mountain biking inspired features. To celebrate the riders outside of the racing action three special trophies were created for the 2021 event, which will be awarded at the finish line after the final stage, in Davos. These will be awarded to the Best Fan, the Best Dressed Team, and the race’s Best Entertainers. 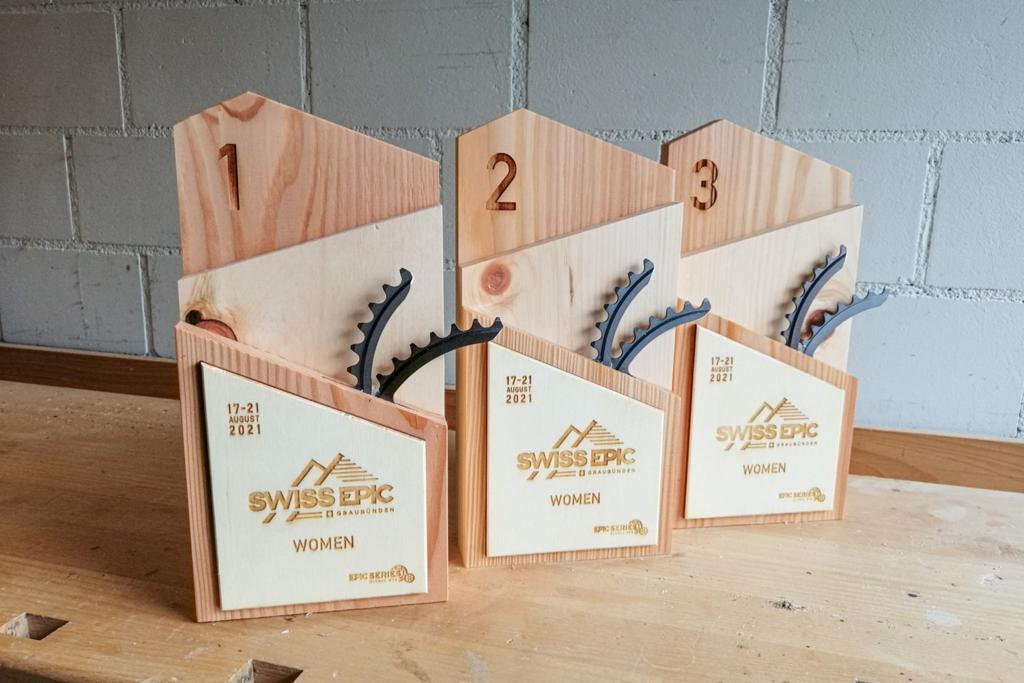 There is a single trophy for the Best Fan, as well as two each for the members of the Best Dressed Team and the Best Entertainers. Known by their Swiss German names the titles will be dubbed the Alpenschatz, Alpenpracht and Hüttengaudi. Each is intended to reward the more relaxed and social aspects of the Swiss Epic, which is arguably one of the most fun serious stage races on the global calendar.

The first of the special prizes is for the Best Fan. The Alpenschatz trophy celebrates the family members travelling with the riders. The fans who show up on every stage, ring Swiss cow bells and cheer from the side of the course on climbs or spectacular singletrack descents. It may seem like a selfless act, supporting a team at the Swiss Epic, but the fans are treated to incredible Graubünden scenery and unlike the racers they are able to ascend to the highest elevations via the ski lifts rather than by on pedal power alone.

With Scatta providing the official race apparel and offering discount on bespoke custom designs for Swiss Epic entrants there are sure to be many stylishly dressed teams. The Alpenpracht trophies are thus sure to be hotly contested. Creativity as well as style are rewarded by the Best Dressed Team trophy, but teams targeting the competition are reminded that they do have 327-kilometres and 11 800-metres of climbing to conquer too.

The Hüttengaudi contenders will also have to bear the toughness of the route in mind. They will be letting their hair down, but have to maintain some semblance of balance if they are to complete the race. Given the Swiss Epic’s social atmosphere there is always a group of teams challenging for the Best Entertainers award, before there was even an official prize for it. In 2021 the team who takes home the Hüttengaudi trophies will undoubtedly be instrumental in ensuring all the teams around them on the trails are enjoying the Swiss Epic, in Graubünden, as much as they are.

For mountain bikers and fans unable to attend the 2021 race in person the Swiss Epic is easy to follow from home. Watch along and have your say as to who should win the Alpenschatz, Alpenpracht and Hüttengaudi trophies on the race’s social media handles. Like the Swiss Epic