It’s turning out to be a battle of the cross-country racers as Ghost Factory Racing’s Anne Terpstra and Barbara Benko find themselves in search of top honours at this year’s Perskindol Swiss Epic. 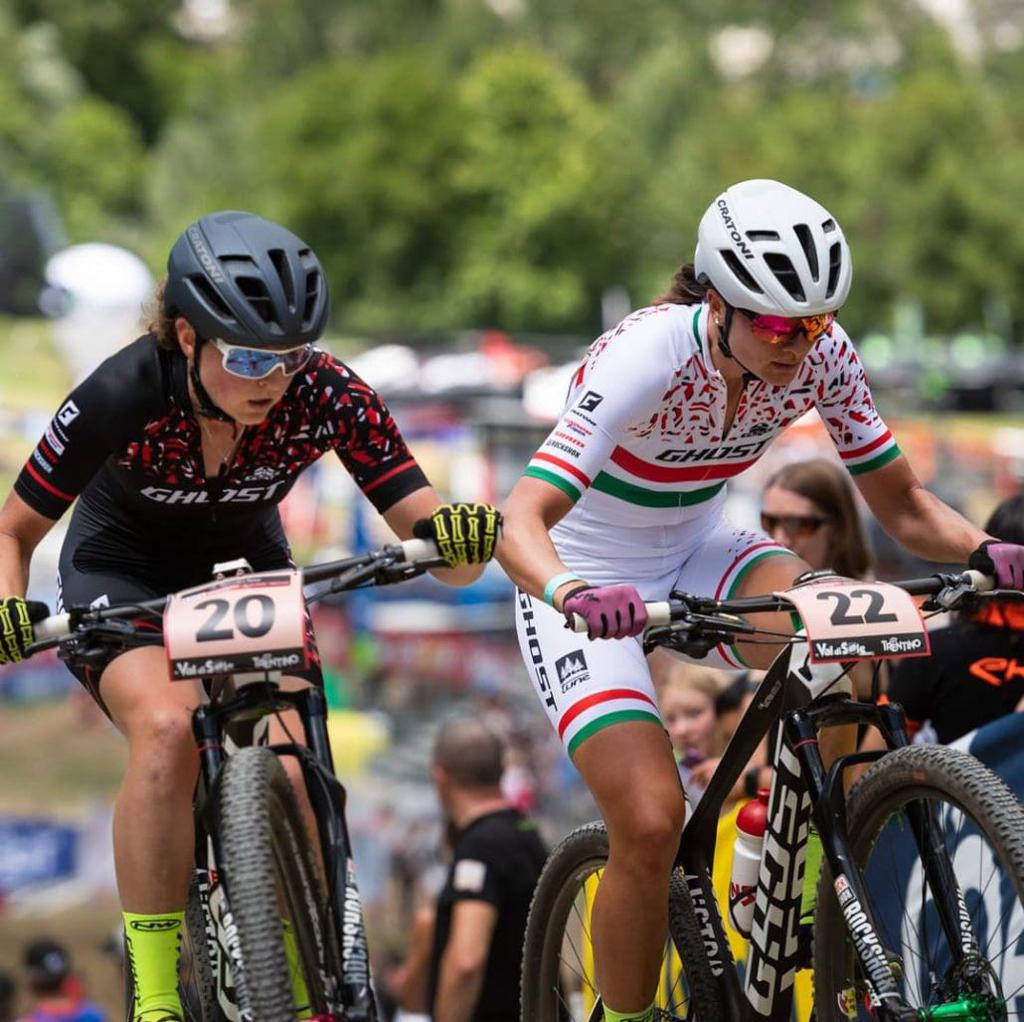 It’s turning out to be a battle of the cross-country racers as Ghost Factory Racing’s Anne Terpstra and Barbara Benko find themselves in search of top honours at this year’s Perskindol Swiss Epic.

Ghost Factory Racing contains some of the most talented cross-country riders on the planet at the moment, including under-23 World Champion Sina Frei. For the Perskindol Swiss Epic however, the team will look to their more experienced campaigners: Anne Terpstra, former Dutch cross-country champion, and Barbara Benko, current Hungarian champion to fly the flag.

Terpstra is no stranger to the trails of the Valais region, having competed in both the 2015 and 2016 editions of Perskindol Swiss Epic riding with Hielke Elferink and Lisi Osl respectively. She knows exactly what’s coming and will use all of experience to target podiums as well as the much-coveted overall title.

“I know how long, steep and hard the climbs in Valais are and I also know all the cool trails in the region,” said Terpstra. “I remember the first time I competed in the race – it was an amazing experience but it was so hard I said I would never do it again. Somehow I keep coming back for more and will be on the start line for the third time in September.”

Like any Epic Series stage race, team dynamics will play an integral role in terms of how things play out over multiple days, but Anne and Barbara know each other very well – and will look to harness their relationship to maximum effect.

“Barbara is my teammate and we know each other well,” said Terpstra. “ We have similar riding styles and I believe this will be a big advantage for us.”

Benko echoes her teammate’s sentiments and reckons they’re in for a shot at the overall podium:

“We’ve trained together but have never raced as a team at a stage race before. We have a really good relationship though so it shouldn’t be a problem. Communication will be key – we know each other’s strengths and weaknesses.  We’ll fight for podium places and hopefully win at least one stage!”

The biggest threat to their ambitions comes in the form of fellow cross-country rivals, Alessandra Keller & Katrin Stirnemann of Team Thömus, and Canadians Catharine Pendrel & Haley Smith. Both Benko and Terpstra were vocal about the challenge their competition will bring to the party but are confident with their preparations thus far.

“Catharine (Pendrel) has a lot of experience when it comes to all forms of racing,” exclaimed Terpstra. “And Haley has recorded some very good results this year already. This combination will be very fast and is our biggest threat for sure.”

“Like Anne and I, our main rivals also have very good relationships,” said Benko. “They are all super-strong riders, so their team work will be on point.”

Asked about what winning the Perskindol Swiss Epic would mean to her, Barbara Benko had the following to say:

“Winning the Perskindol Swiss Epic would be a dream come true. We’ll try not to pressure ourselves to set a goal but we will try for sure.”

“For me the most important thing is to have fun out there and see how Anne and I can work together for future races. I’d love to race the Absa Cape Epic, too. Up until now nobody in the team wanted to do it with me but maybe I can change Anne’s mind…”