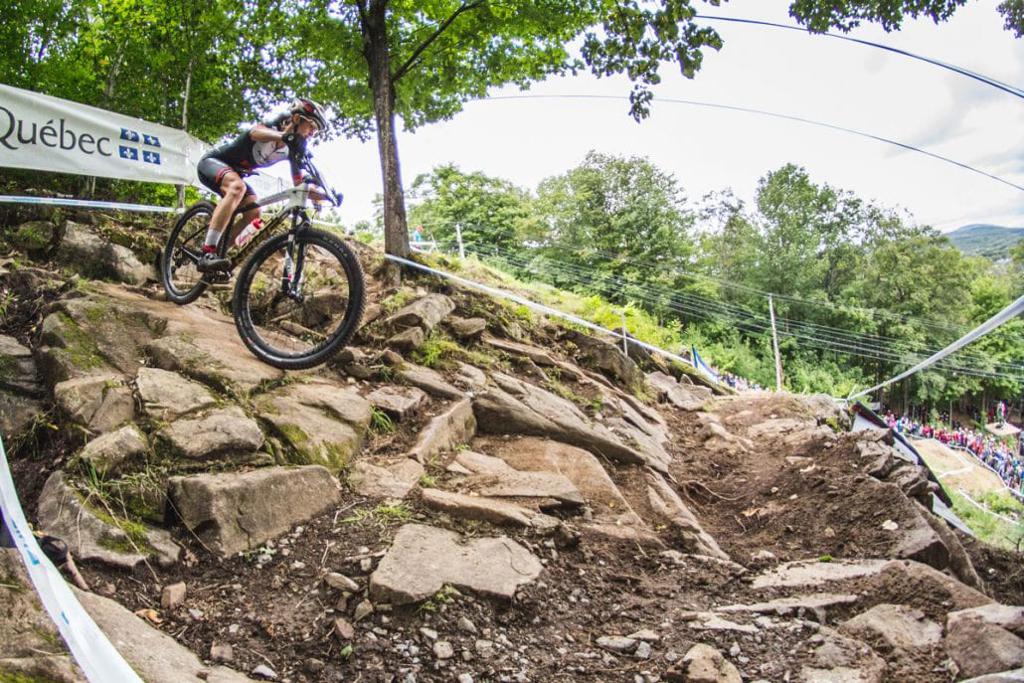 Olympic medalist and two-time cross-country World Champion Catharine Pendrel is looking forward to the 2018 Perskindol Swiss Epic – her first major race after suffering a serious arm injury two months ago. She will partner up with fellow Canadian Haley Smith, bronze medalist at this year’s Commonwealth Games in Australia.

Pendrel broke her arm in June, training at home in Kamloops, British Columbia. She’s spent the last two months in rehabilitation, some of which is documented in her Instagram feed but she’s looking forward to getting back on the trails – something she hopes to do by early August.

“Having an injury is always tough,” said Pendrel. “Sometimes it does seem there are more downs than ups. It’s hard, for sure, but you have to keep focused on what you can control.”

Pendrel (Clif Pro) and Smith (Norco Factory Racing) have paired up specially for the five-day race in Valais, Swizerland and will be hoping their superior technical skills will equip them for a good result. Team dynamics play an important role in performing well at mountain bike stage races, a factor that Pendrel and Smith will need to consider, given the individual nature of the cross-country discipline.

Smith told us she’s excited for the challenge and looks forward to some hard racing together with role model Pendrel.

“Teaming up with Catharine is going to be a really cool experience,” quipped Smith. “She has such a huge wealth of experience and success and I expect to learn a lot and suffer quite a bit (in the best way)! I actually come from a background of team sports – I played ice hockey until I was 18 – so I’m looking forward to embracing that team-first mentality during this race. I’ve only ever done one UCI stage race in my career.”

Tackling the trails of the Valais region in the Swiss Alps, the field covers 322km, with 12300m climbing – another significant difference from the 90-minute efforts of pure cross-country racing. While she’s better-known for her cross-country prowess, Pendrel has competed in stage races before, albeit within the borders of her home country Canada.

“I have never stage-raced outside of Canada,” said Pendrel. “I’ve heard that the Perskindol Swiss Epic is really challenging so it’s exciting to be able to add some new goals to my race season after missing a few World Cups because of my broken humerus.”