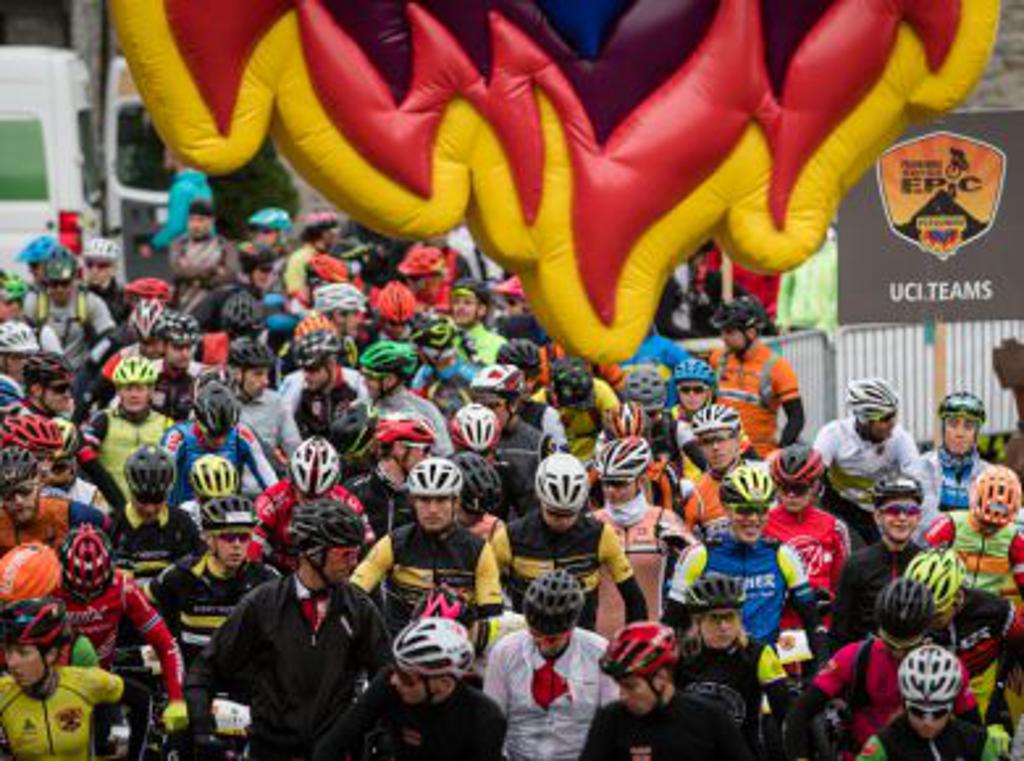 In rather rainy weather the men’s field in the EPIC format was disarranged pretty much today. The Swiss BiXS Pro Team with Konny Looser and Oliver Zurbrügg won the stage with a time of 4h 31min and took the lead rather surprisingly, despite a flat tire.

Andri Frischknecht of the SCOTT-SRAM MTB RACING TEAM had to give up the race this morning due to a hand-injury after a crash yesterday. His team partner Matthias Stirnemann rode today’s stage alone as training, but out of competition. The Swiss favourite team unfortunately is therefore out of competition at an early stage. Team CENTURION VAUDE with Daniel Geismayr and Jochen Käss could have had a better race today: Käss wasn’t able to ride on his top level due to a stomach problem, so the Austrian-German duo only took 3rdplace today, but defended their overall 2nd place.

The just newly combined Team Texpa-Simplon, with Christoph Soukup and Michael Stünzi, rode on second place despite a technical defect. Both of their original team partners crashed during the training for the prologue on Sunday, so the remaining team members joined together as a new team. The Austrian and the Swiss remain on 3rd overall, despite the fact that they haven’t known each other before. With all these new situations, the experienced BiXS Pro Team with Konny Looser and Oliver Zurbrügg has now definitely taken a favourite’s role now.