PERSKINDOL SWISS EPIC OFF TO A SUCCESSFUL START 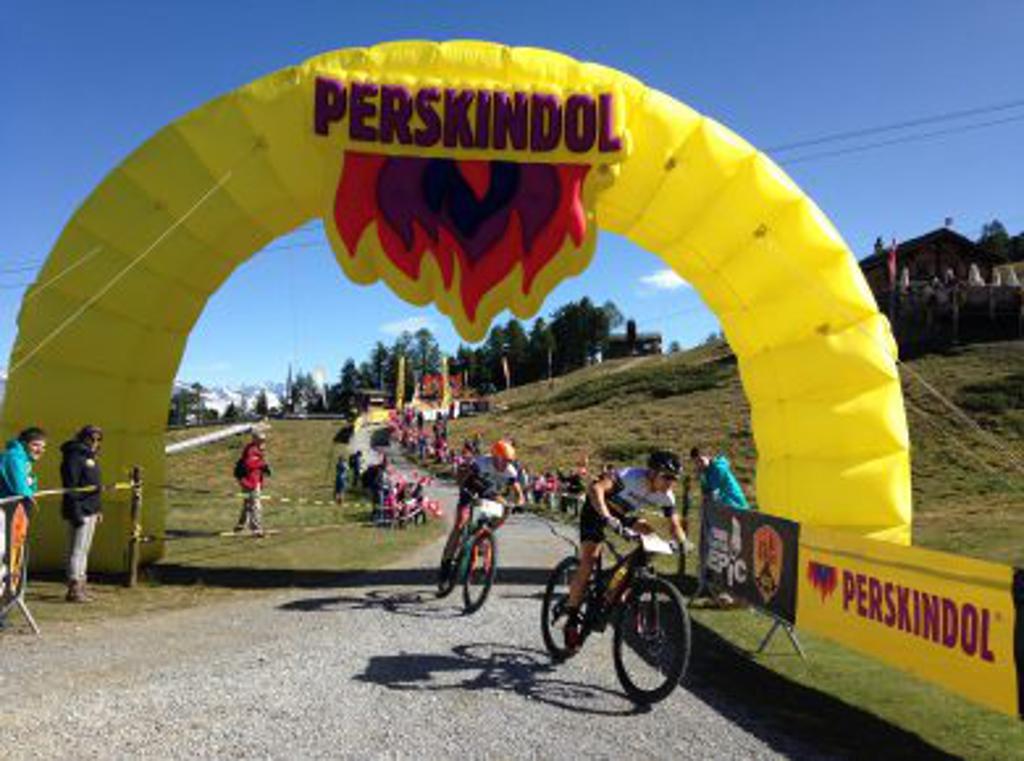 The fourth edition of PERSKINDOL SWISS EPIC kicked off on Monday 11 September 2017 with the prologue in Grächen. The first day’s champions in the men’s category was the Team CENTURION VAUDE with Daniel Geismayr and Jochen Käss, who completed the 18 km track in the fast time of 52 minutes and 20 seconds. For the women, it was the team Spur – Wallonie with Ariane Lüthi and Alice Pirard who came out on top with a time of 1 hour and 05 minutes. The prologue marks the beginning of the six-day mountain bike stage race through the Valais. Tomorrow, participants will set off on the race, which leads via Leukerbad to Zermatt in five stages.

On Monday, set against a magnificent natural backdrop, the starting signal was given for the six-day mountain bike stage race PERSKINDOL SWISS EPIC. The prologue began on Grächen’s Hannigalp and led mainly over a downhill 18 km trail to Grächen. Although effectively just a warm-up race for the stages to follow, the prologue already gave the two-person teams a first impression of the breathtaking panoramic views and flowing single trails they will be experiencing over the next week.

Favourites record quick prologue times
The top cyclists were true to form on the prologue, clocking up quick times and going head to head – and really enjoying themselves – on the picturesque route with a starting line at 2,122 metres above sea level. The fastest time was set by the favourite team, CENTURION VAUDE, with Daniel Geismayr from Austria and Jochen Käss from Germany. They finished 17 seconds ahead of their nearest competitors with a time of 52 minutes and 20 seconds, despite Daniel Geismayr making a forced stop due to a bent pedal. They were closely followed by Matthias Stirnemann and Andri Frischknecht from the SCOTT-SRAM MTB RACING TEAM, who recorded a time of 52 minutes and 37 seconds. The Texpa-Simplon team, with Austrian Christoph Soukup and Swiss Michael Stünzi, came in third with a time of 54 minutes and 07 seconds.

Find the complete rankings of all formats and categories here:
http://my1.raceresult.com/63767/results?lang=de#1_88BFF2

Off to a successful start
The prologue in Grächen was a successful start to the fourth edition of the PERSKINDOL SWISS EPIC six-day mountain bike race. “Everything ran smoothly today and the competitors were excited about the course, the panorama and the atmosphere,” says organiser Joko Vogel. “As organisers we are particularly pleased with this year’s record of different nations. We have participants from 30 different countries here. This just goes to confirm the high international status that PERSKINDOL SWISS EPIC has achieved as a stage race.”

Via Leukerbad to Zermatt by Saturday
Tomorrow, all the two-person teams participating in the SWISS EPIC and SWISS EPIC FLOW formats will set off on the first stage of the race to Leukerbad, where they will then complete the second and third stages as circular trails on Wednesday and Thursday. On Friday, stage four takes the riders further on to Zermatt, where another circular trail awaits them on Saturday. The overall winning teams from all the various categories of PERSKINDOL SWISS EPIC 2017 will be greeted in Zermatt on Saturday 16 September 2017, where they are expected to start crossing the finish line from 11 a.m.