Despite the mountain bike World Championships in Australia the week before, there are still various world class athletes from the international mountain bike scene attending the PERSKINDOL SWISS EPIC 2017. 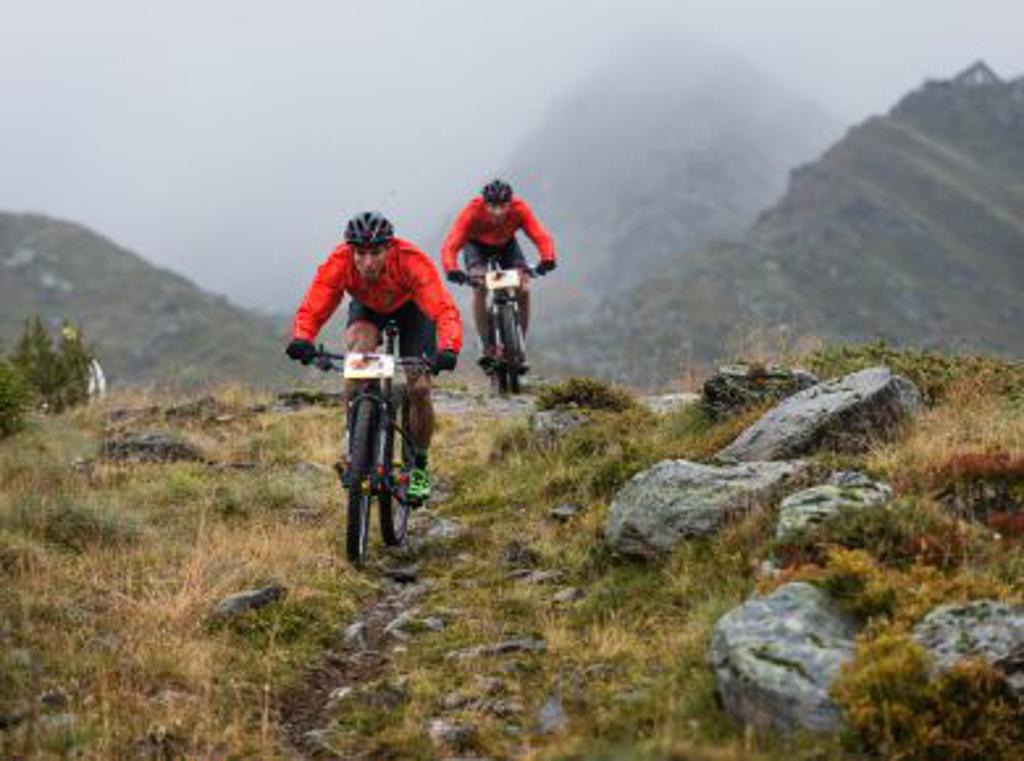 Despite the mountain bike World Championships in Australia the week before, there are still various world class athletes from the international mountain bike scene attending the PERSKINDOL SWISS EPIC 2017. We can all look forward to an exciting competitive race again in this year’s edition.

Reigning Cape-Epic-Winners at the starting line
The «forever second», German Jochen Käss and the Austrian Daniel Geismayr from Team CENTURION VAUDE, who, since the very first PERSKINDOL SWISS EPIC, have been sitting in second spot every year, want to finally take the win this time. Stepping up to the challenge will be the Swiss reigning Cape Epic Winner, Matthias Stirnemann, and his team mate, Andri Frischknecht, double stage winner in this year’s Cape Epic, from the SCOTT-SRAM MTB Racing Team. Francesc Guerra Carretero and Enrique Morcillo Vergara from the BUFF SCOTT MTB Team are also expected to compete in the front.

With the women, former Swiss Marathon Champion Esther Süssand Jennie Stenerhag from Sweden, the undisputed winners of this year’s Cape Epic from Team Meerendal CBC, are the clear favourites. Ariane Lüthi from Switzerland and Alice Pirard from Belgium, Team Spur-Wallonie, will definately be mixing it up in the front pack as well.

Prominent Figures in the FLOW-Format
In this year‘s SWISS EPIC FLOW format, there are also some big names from the mountain bike scene taking part. For example, the Swiss Enduro Pro Ludo May from the BMC-Team or Frans Claes from Belgium, Winner of the UCI Marathon World Series 2017, will be at the starting line. ”I’ve never used a lift during a race so far!” says Frans Claes mischievously. “But I’ve heard from many other participants of PERSKINDOL SWISS EPIC that the trails and downhills are super nice. So, to race the FLOW format will for sure be a week of pure mountain bike fun in an amazing landscape! I’m therefore looking forward to participate in my first PERSKINDOWL SWISS EPIC – and to use my first lift during a race in the FLOW format!”

Joining the race as well will be the most successful Swiss Enduro Pro René Wildhaber together with the former Skicross World Cup winner Alex Fiva for Red Bull. Another highlight in the FLOW start list is the two Swiss Enduro-Pros Anita and Carolin Gehrig from the Ibis Cycles Enduro Team, also known as the “Gehrig-Twins”, who are within the top rankings in the Enduro World Series. “I had my first PERSKINDOL SWISS EPIC experience two years ago in a Mixed Team and really enjoyed the unbelievable trails and the amazing atmosphere“, says Anita Gehrig, third overall in the 2016 Enduro World Series.

“This is the first time my sister Caro and I will ride as a team, and I’m really excited about the challenge”. Carolin Gehrig is also up for the adventure: ” The flowing single trails in the Valais are some of my favourites, and I’m really curious to see how Anita and I work in a team. Until now I’ve only ever raced alone against the clock or my competition, never in pairs”, says fifth overall in last year’s Enduro World Series. “PERSKINDOL SWISS EPIC is also the only race that we will be riding in Switzerland this year, that will make it even more special.“

Former football pro Beni Huggel rides short format
Another very well-known personality in the bike scene is joining the race thanks to the new Charity Partner Laureus: Swiss Christoph Sauser, multiple World Champion and Olympic Medal winner, and therefore one of the most accomplished mountain bike racers of all time, will be representing the Laureus foundation Switzerland in the short version EPIC 2 DAY and ride the last two stages. As well for Laureus, ex-football pro Beni Huggel will be riding the short formate EPIC 2 DAY FLOW. Until 2012, the sportsman from Basle was a very successful professional footballer.

He helped FC Basel take a number of titles, played for the Eintracht Frankfurt team in the German Bundesliga for two years and completed over 40 international matches for the Swiss national team. “This is my first mountain bike race – as a football pro, I never had time for something like that,” says Beni Huggel. “But I still love to do sports, and I like to try something new! Plus, I appreciate our Swiss mountains a lot. ” Also in the last two stages, personalities such as the Swiss long-distance ski mountaineer Sévérine Pont-Combe, four time winner of the Patrouille des Glaciers, or the South African Kevin Vermaak, founder of the legendary Cape Epic, will get on the bike to enjoy the trails.