Between them Reuben van Niekerk and Dane Wilson have seven FNB Wines2Whales finishes. Yet for the amputees each edition has its own challenges. The more-ridable Switchback route is making the race far more enjoyable. 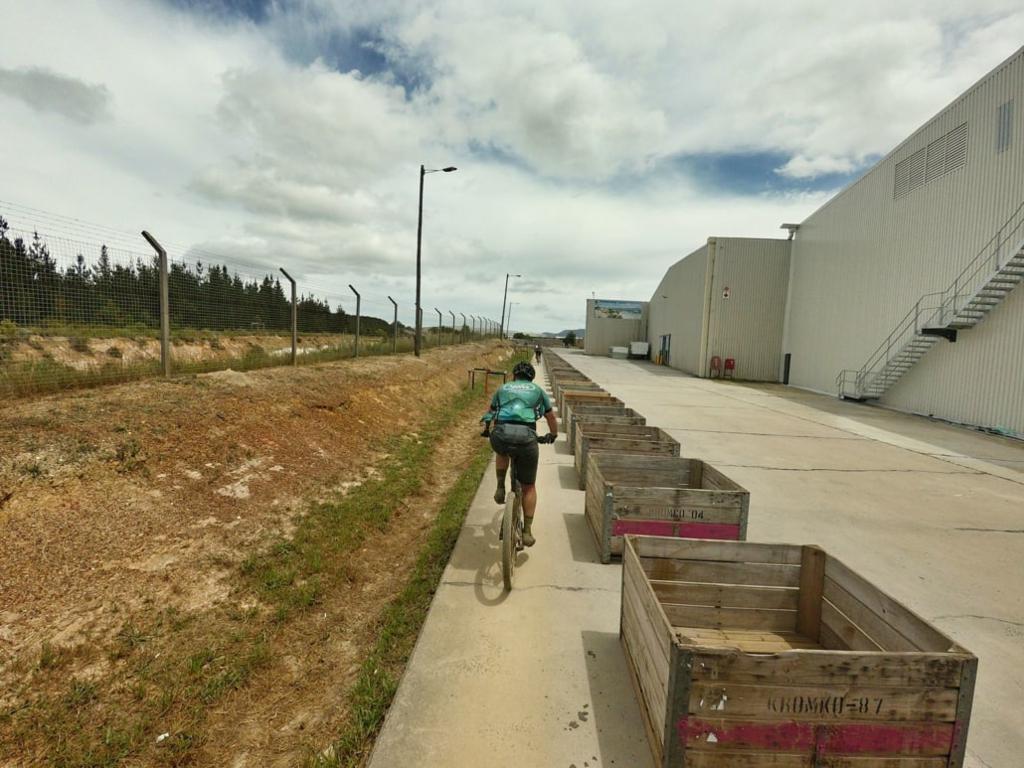 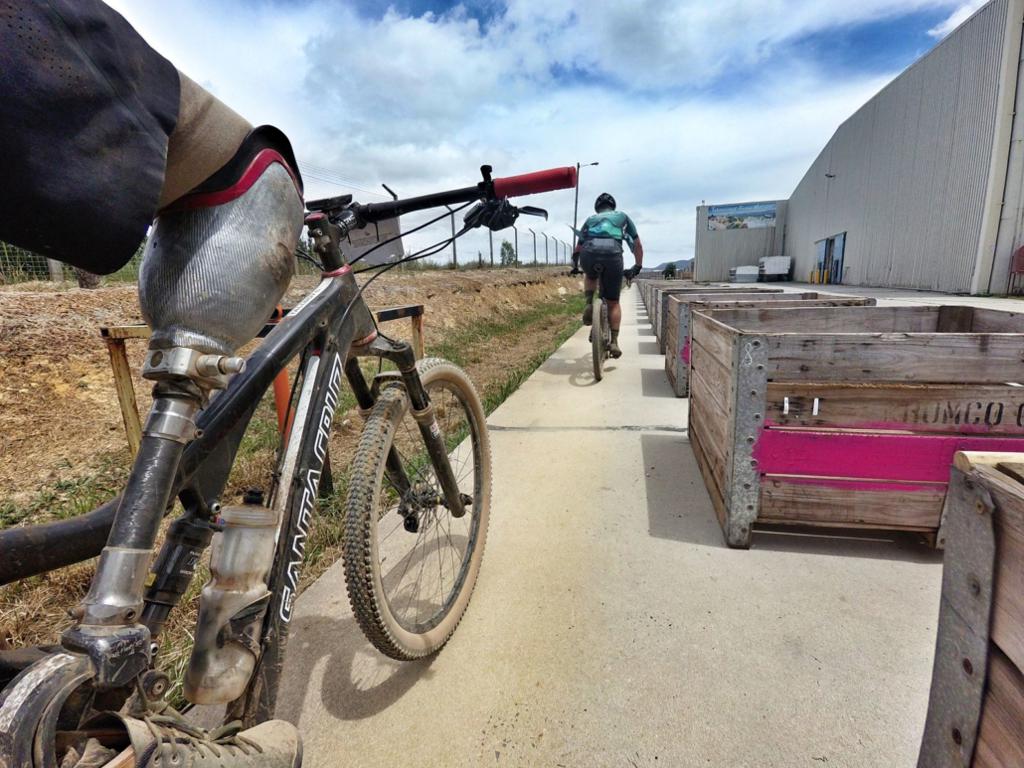 Reuben van Niekerk is no stranger to mountain biking fans. While his partner Dane Wilson represented South Africa at the 2016 Paralympics, in Rio. Van Niekerk lost his lower leg in a motorcycle accident thirteen years ago and Wilson’s left arm is amputated below the elbow. Despite their physical disadvantages the pair are undaunted by the FNB Wines2Whales Switchback.

“For, each of, our own reasons riding is preferable to walking” Wilson pointed out. “Anywhere I can ride is better than places I can’t” Van Niekerk added. “Because I have to climb seated the long, steady, climbs of the Switchback route’s Stage 1 suit me better.” 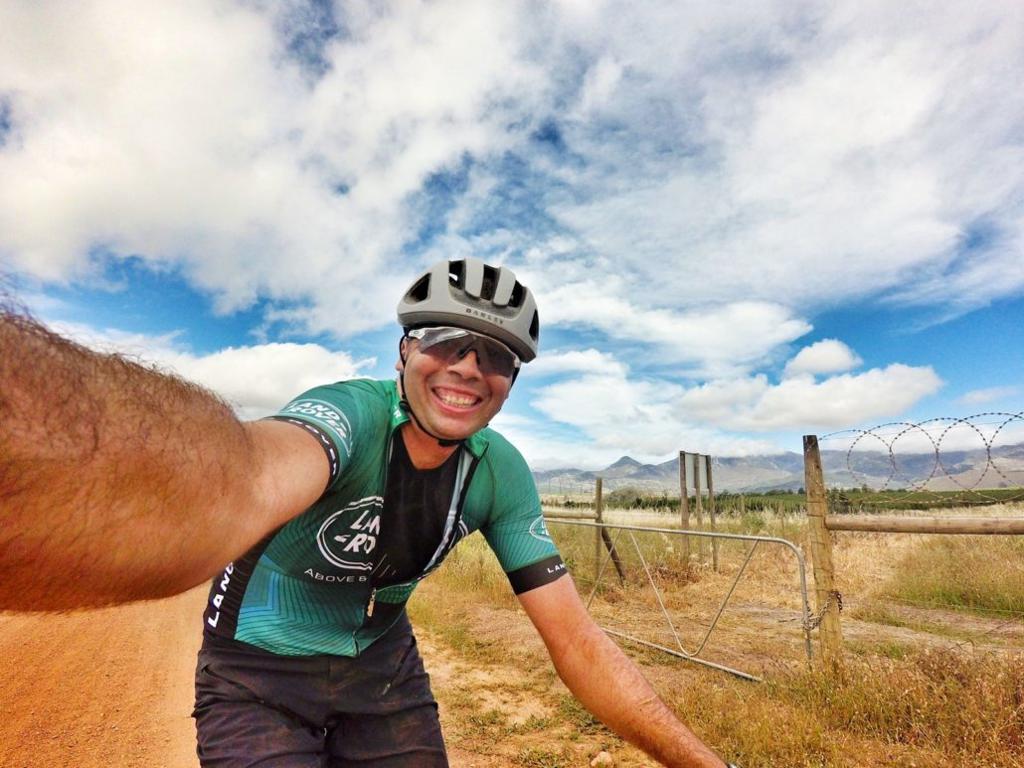 “Today’s steeper climbs were hard, but the singletracks were great” Van Niekerk pointed out. “I took a break from mountain biking for focus on the track ahead of Rio” Wilson recalled. “And I have to say FNB Wines2Whales now is more technical than the Cape Epic was in 2008.”

“Bike technology has of course improved massively in that time too” Wilson continued. “For riders like Reuben and myself that technology is a great help.” “One by drivetrains for example make it easier for me to change down into an easier gear” Van Niekerk highlighted. “You can shift 2 or 3 gears at a time and get into an easy climbing gear quickly. In the days of two by drivetrains my chain would often drop as I shifted into the inner ring. Additionally, the modern drivetrains are better at shifting under pressure, so if I get my gearing wrong on a climb I can still adjust.”

Wilson also appreciates the shift to one by drivetrains. “One by has simplified my cockpit massively” he stated. “Previously I had a trigger shifter for the rear derailleur and a grip shifter for the front. Plus, both my front and back brake leavers on one side. I had to learn to use my index finger to apply the one brake and my middle for the other.”

“Currently I’m waiting for a friend to bring a new Hope braking system out from the UK. It has both brake levers on one clamp, which will further simplify my cockpit” Wilson said.

Looking ahead to Stage 3 Van Niekerk knows what lies ahead. “I went down Gantouw Pass in the Cape Epic, so I know what to expect. It’s far easier going down than it is going up. Your momentum sort of carries you down. Prosthesis are either made for walking or riding, so hike-a-biking with my cycling prosthesis on is always a struggle.”

Team Driepoot are fans of the Switchback route more generally too. “The route works so well on a practical level” Van Niekerk specified. “Finishing in Lourensford is logistically far easier. The traffic leaving Hermanus was always a concern for those of us who have to fly back to Johannesburg.”