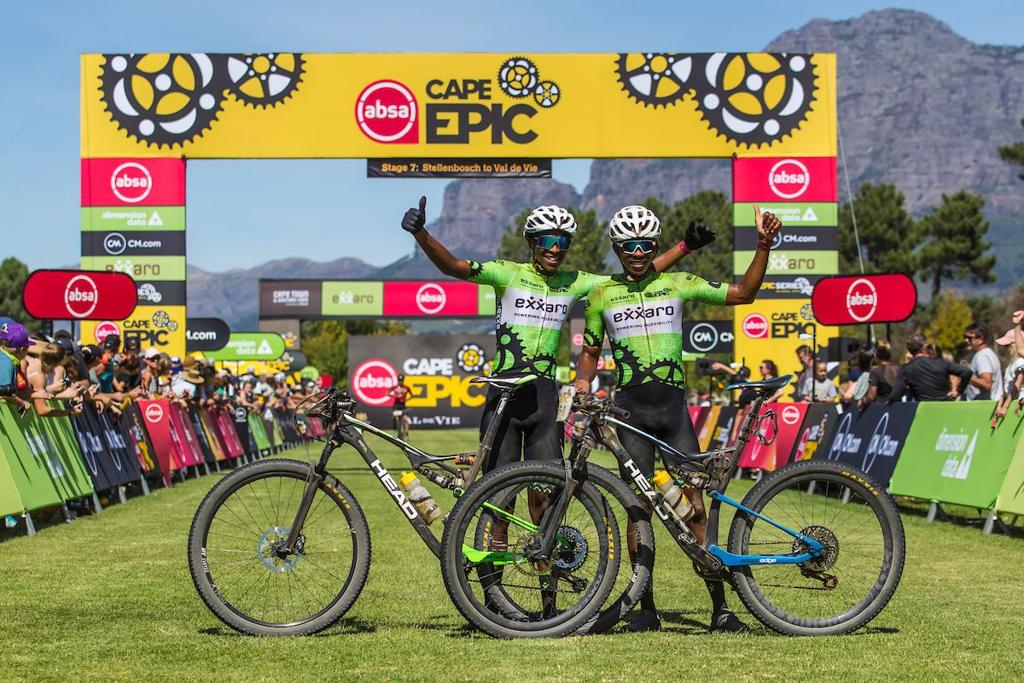 In the 10 years it has been contested at The Race the Measures All, the Exxaro Special Jersey competition has grown to become one of the most hotly contested races-within-the-race at the Absa Cape Epic.

And for good reason, as it offers development programs and academies across South Africa an open door to top-level mountain bike racing. The Absa Cape Epic attracts the best in the world, thrown into a melting pot of up-and coming pros and amateurs who share the trails, sweat and drama with World Champions, Olympic medalists and many cycling heroes.

Eleven teams qualified for the Exxaro Special Jersey in 2022, including two Exxaro mixed teams and representatives from the McGregor Warriors, Fairtree Imperial Cannondale and the Khayelitsha, Cape Town FXTM-Velokhaya Cycling.

The 2022 Exxaro Special Jersey finally returned to the Exxaro team house in Linden, Johannesburg, after eight days of great racing. In 2021 Lorenzo Le Roux and Luyanda Thobigunya won it for Stellenbosch-based Fairtree Cannondale, and with it the choice of a bursary for a child for Grade 1 – Grade 12 at any Curro school in South Africa, or the opportunity to pursue a higher education qualification or diploma via one of Stadio’s Distance Learning Programmes. Prizes that were once again on offer in 2022.

The Exxaro Special Jersey opens more doors than just allowing formerly-disadvantaged cyclists a race to show off their cycling prowess - their futures off the bike are looked after too.

It wasn’t all plain sailing for Halalisani Ndebele and Tlotlo Selala, who combined to form Exxaro Academy 1, on their path to taking home the main prize in the Exxaro Special Jersey race. They won the jersey at the Lourensford Prologue, comfortably, but then lost it the following day to NinetyOne-songo-Specialized 2’s Zola Ngxakeni and Ntlantla Nonkasa, who also took stage honours. The brutal Stage 2 put paid to the Stellenbosch challenge, though, with Nonkasa a non-finisher having failed to recover from the extreme heat on the day prior.

Stage 4 was the only glitch in the rest of the Exxaro matrix - a stage win for the KZ-based CITI Change a Life pairing of Nhlanhla Mthembu and Luvuyo Siyasi, albeit only by a few seconds. The glitch did little to dent Ndebele abd Selala’s eventual hour-and-twenty-minute winning margin over the same pair. More impressively, Ndebele and Selala finished 37th overall (29th in the UCI Men), just an hour behind former Velokhaya rider, Olympic and Tour de France rider Nic Dlamini, and 55 minutes and six places ahead of the 2021 Exxaro Special Jersey winners, Leroux and Thobigunya, who had moved into the full UCI category.

The 2022 event showed, once again, that the racing is thrilling throughout every category and that the future of South African mountain biking is bright.