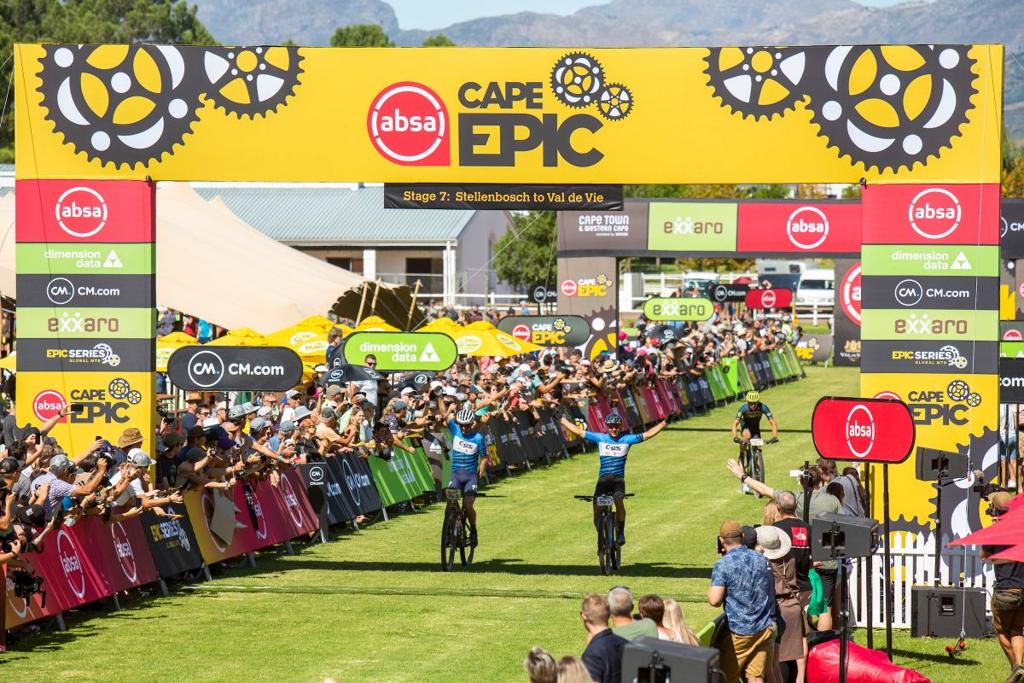 When Karl Platt and Christoph Sauser announced that they would line up at Lourensford Wine Estate together on 20 March to race the 2022 Absa Cape Epic as songo.info NinetyOne Epic Legends, many out there were very surprised. Not only on the supporters’ side, but also among the other contenders in the NTT Masters Jersey category.

There was, of course, never any doubting the racing pedigree of the two most successful men’s racers to date in the history of The Race That Measures All - both having won five titles. The question was more ‘how’ the pair – who have been fierce rivals since 2006 – would gel and race as a unit. The Swiss-German outfit quickly silenced the doubters by letting their riding do the talking over the course of eight days (a Prologue and seven tough stages) and 681 kilometres.

Platt and Sauser finished second on the Prologue, which sparked a fire inside the racers inspiring them to go on and on to win five out of seven stages to roll into Val de Vie nearly 49 minutes ahead of second-placed Jose Carlos Macias Bonaño and Francisco Javier Macias Bonaño (Fit2bike-Natural Berry). The South African defending champions of Craig Uria and Andrew Duvenage (Restonic Masters) finished third overall after battling some mechanicals during the week.

With their combined experience and contributions to the event, it was fitting to see two of the greatest mountain bikers add a further jersey to their mantles. The riders-turned teammates spent much of the race reminiscing about their racing days and the vibe between the two was great to see.

Platt was always on the start line first, joking that ‘Susi is always late, but on the climbs he is not late…” Both were jovial on the finish line at Val de Vie and couldn’t say enough good things about the great trails and warm South African support. Will they be back? Stay tuned.