The Race for Red 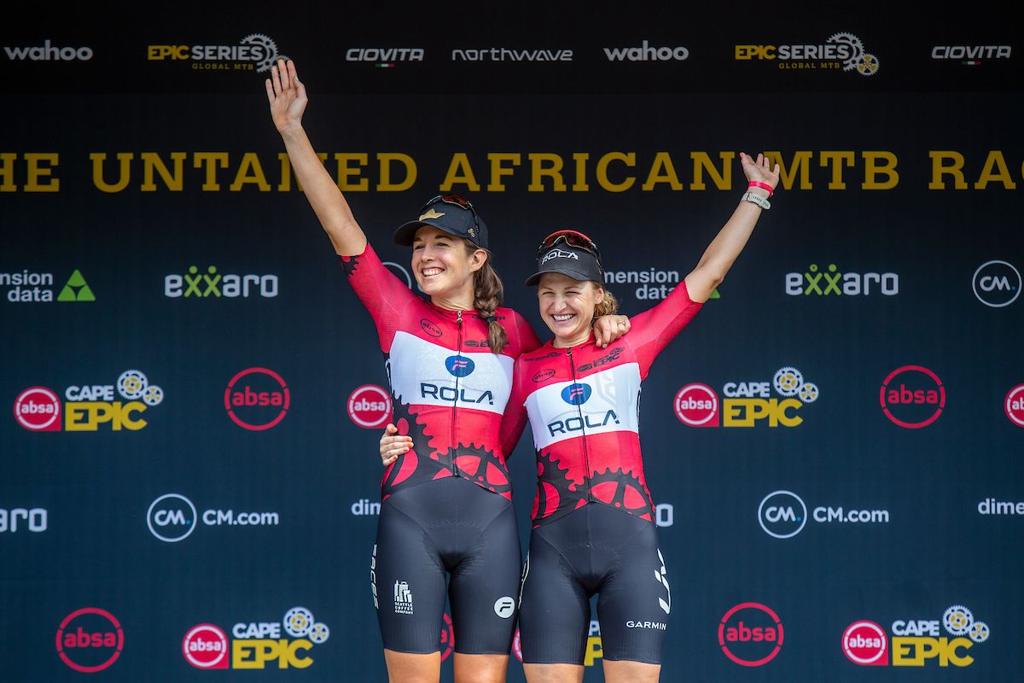 The Absa African jersey competitions at the 2022 Absa Cape Epic were as competitive as ever, with the cream of the continent rising to the top.

Teams chasing the red Absa African jerseys are required to have riders who both hold valid African passports, both riders choose their African nationality during the Absa Cape Epic.

Within the CM.com Women’s category, a thrillingly entertaining race for the Absa African Women’s jerseys unfolded and was ultimately won by the Rola Faces pairing of Candice Lill and Mariske Strauss.

The two South African Olympians, racing their second Absa Cape Epic together, won Stage 3 and Stage 7 on their way to securing the Absa African Women’s Jersey and second place overall in the CM.com Women’s category, just twelve-and-a-half minutes behind 2022 champions Haley Batten and Sofia Gómez Villafane. “The race was a lot of fun and very tactical, a very cool day on the bike,” said Lill in the Mixed Zone at Elandskloof after their Stage 3 win.“Mariske and I did our homework on the stage; we knew the finish was tight and that you needed to be in front going into the last stretch. We managed to execute our plan and from there we were able to take the stage."

Perfect execution started from the first pedal stroke in Lourensford Wine Estate for Faces Rola: Strauss and Lill claimed the coveted Absa African Women’s Jersey on the Prologue and wore it all the way to the Grand Finale, with the only real pressure coming from Private Client Holdings’ Mari Rabie and Hayley Preen, who crossed the finish line ahead of Faces Rola on Stage 4. But the racing was closer than that dominance suggests. The comments column shows a race-long battle with the hard-charging Preen and Rabie, with the Wintergreen women never far off, ready to pounce on any error. Those were few and far between, however as Candice Lill and Mariske Strauss gave the fans from around the world an eight-day exhibition of top-class women’s mountain bikg racing. 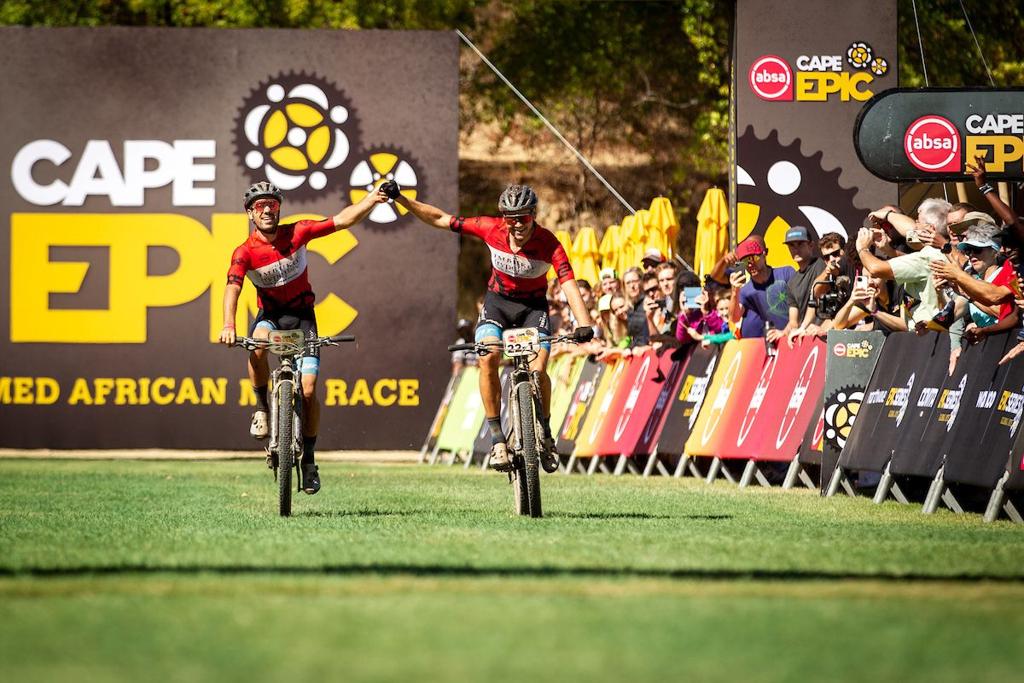 The Men’s for the Absa African Jerseys race provided yet another exciting race to watch. Imbuko {Type} DEV’s Pieter Du Toit and Marco Joubert were the first team to pull on the red jerseys after the scorched through the Prologue in 01:01.26. However their grasp on the Absa African Jerseys was short lived as Insect Science’s Keagan Bontekoning and Arno Du Toit, who finished just over a minute back on the Prologue, nicked the jersey from Du Toit and Joubert after Stage 1.

Stage 2 was another seesaw battle between the two dominant South African teams as they traded blows during the 123km transition from Lourensford Wine Estate to the new race village in Elandskloof, Greyton. Imbuko {Type} DEV managed to reclaim the red jerseys they had lost the day before, and that is where the jerseys remained for the rest of the 2022 Absa Cape Epic, even after Insect Science beat them to the line on Stage 4.

However, the story of the Absa African Men’s Jerseys didn’t just end there.

On Stage 5, Du Toit and Joubert went on the charge. Hard.

The stage, which took in Rusty Gate, Franschhoek Pass, Helshoogte, and Botmaskop, proved to be the perfect setting for an attack that will be remember for years to come. Imbuko {Type} DEV launched an all-in attack early in the stage and through sheer determination, they made it stick against a hard-charging Canyon Northwave MTB, Toyota-NinetyOne-Specialized, and Speed Company Racing."Halfway into the stage there were two climbs where I was nearly dropped,” said Joubert on the Coetzenberg finish line. “But I managed to hang in, and we pushed on. It's unreal and totally unexpected. I'm so happy.”

The race for the Absa African Men’s Jerseys once again proved that the local talent in Africa has what it takes to go head-to-head with the best in the world, and, sometimes, come out on top.