The NinetyOne-songo-Specialized team of Sofia Gómez Villafane and Haley Batten won their third stage in the CM.com Women's category at the Absa Cape Epic, tightening their grip on the overall lead in the process. 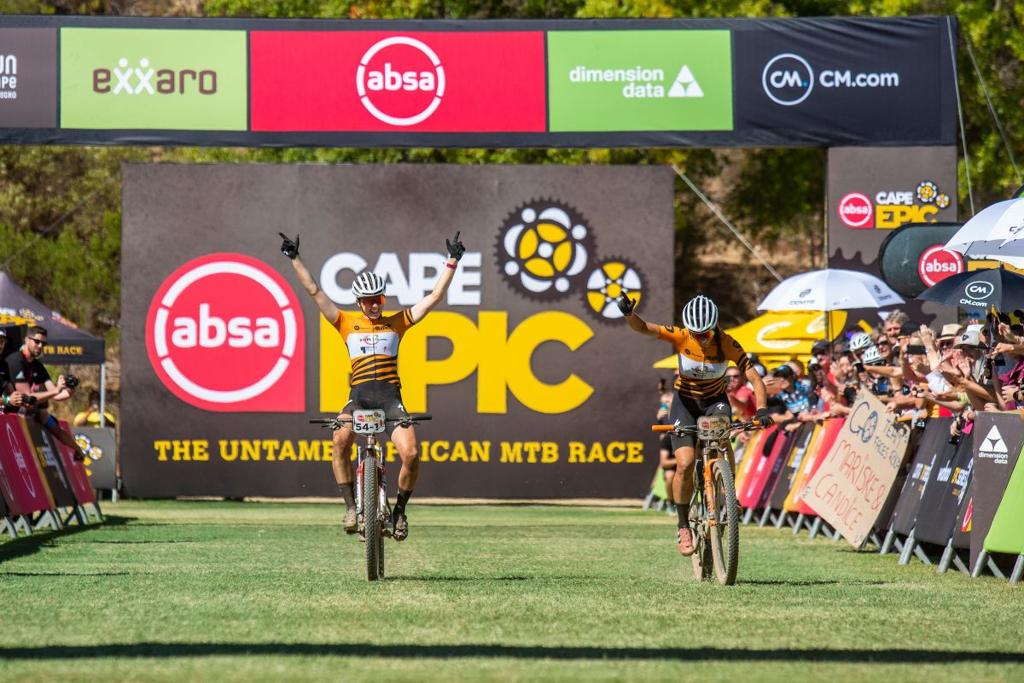 The NinetyOne-songo-Specialized team of Sofia Gómez Villafane and Haley Batten won their third stage in the CM.com Women's category at the Absa Cape Epic, tightening their grip on the overall lead in the process. They now lead Faces Rola (Candice Lill and Mariske Strauss) by over 16 minutes in the general classification going into Sunday's Grand Finale.

It was another two-team tussle in the CM.com Women's category on Stage 6, with NinetyOne-songo-Specialized and Faces Rola riding away from the other women's teams early into the day's racing. BMC MTB Racing finished third on the stage, 11 minutes behind the winners.

The two leading teams traded places throughout the 76km stage that took showcased the Stellenbosch trail network, with NinetyOne-songo-Specialized finally managing to shake off Faces Rola with about 10km to go. Attacking the twisting singletrack descents as a unit, NinetyOne-songo-Specialized was composed and comfortable on the final few kilometres.

"That was crazy today," said Haley Batten. "It was a real battle of the trails; there was so much singletrack. Just from that point of view, it was probably the hardest stage we have done at this year's Absa Cape Epic."

Batten said that she could see Faces Rola meant business right from the start. "It was just go, go, go the minute the race started today. Candice and Mariske were really moving; it was such a good battle out there, we really enjoyed it. But it was pretty dang hard!"

A beaming Gómez Villafane said the pre-Absa Cape Epic preparation of riding in Stellenbosch paid off. "The other teams have had the advantage all week because they know the trails. But we spent time in Stellenbosch the week before the Epic. It was great to finally ride some trails we knew! The race was tight again today but on that last flow section we were just 'let's go, let's go' and we managed to create a gap. That final kicker was awful, but I had a great teammate to get me home."

Second on the stage and second overall in the CM.com Women's category, Faces Rola's Candice Lill said the penultimate stage was an exciting race from start to finish. "It was a super hard race again with Sofia and Haley. It was a real duel out there, but we enjoyed it. It's great to have good competition in the women's race. We did our best for the stage win today, but we came off second best."

With only the 68km Trail To Val de Vie, from Stellenbosch to Val de Vie Estate, to come, Lill said she and Strauss will give it everything they have on the last day. "It's one more day of racing and we have nothing to lose. We will definitely go flat out from the start tomorrow in search of the stage win."

See how the CM.com Women's category unfolds by tuning in to the Live Broadcast from 08:30 on cape-epic.com and Supersport.