Over the Berg into an Adventure Playground 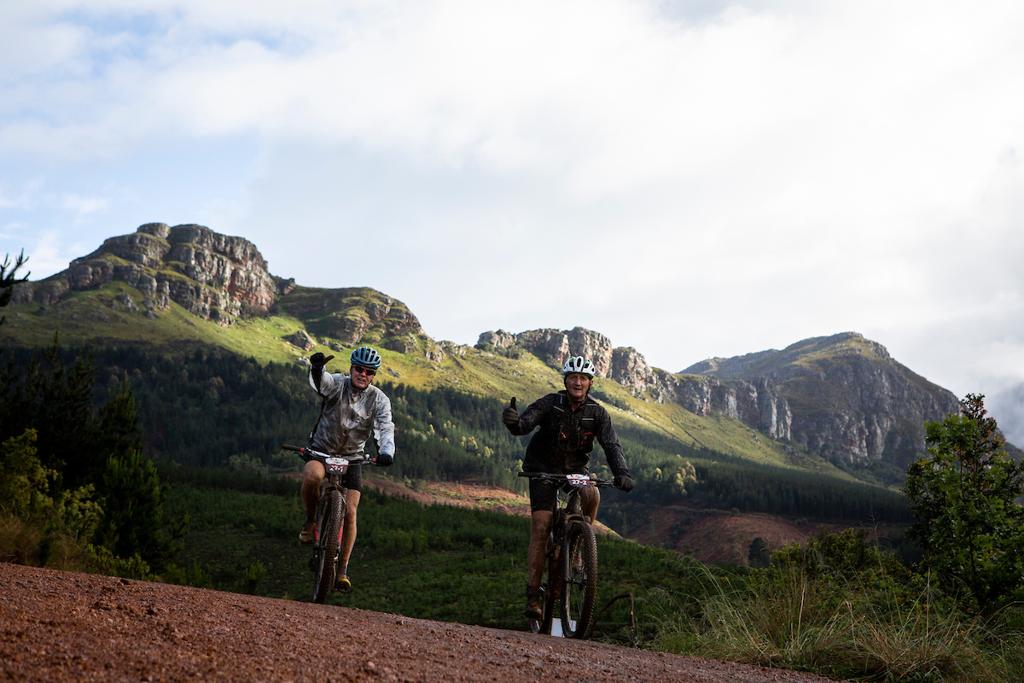 International visitors to South Africa rightfully rave about Cape Town – with Table Mountain, Robben Island, its white sand beaches and bustling nightlife – and big five safaris to the country’s northern game parks. But locals know the Overberg is the adventurer’s playground. An unspoilt gem, just a quick drive over the mountain from the Mother City, where family friendly activities await.

Departing Somerset West, where Lourensford Wine Estate and the start of FNB Wines2Whales is situated, the drive over Sir Lowry's Pass takes you into the Overberg. Starting in Elgin and stretching to Swellendam in the east, it is bordered by the Sonderend Mountains to the north and the ocean to the south. Technically, waves of both the Indian and Atlantic oceans break on the shores of the Overberg, as the Southern Most Tip of Africa is located in this region. Though visitors to Cape Point, who have not studied a map of Africa, may object to that assertion.

Settling the controversy over where the oceans meet aside, the Overberg is well worth a visit. Riders of FNB W2W need not be reminded that the region is packed with mountain bike trails and world class wineries. These are undisputable facts and, increasingly, the two go hand-in-hand as farms like Beaumont Family Wines and Wildekrans follow the example set by pioneers of winemaking and mountain bike trail cutting, like Oak Valley and Paul Cluver wine estates.

Off the bike, many of the Overberg wine estates also boast exceptional restaurants. Some of the best are The Hickory Shack, on Thandi Wine Estate, and the La Vierge Restaurant, which overlooks the drop into the Hemel en Aarde Valley on FNB W2W’s Stage 3. There is great hiking and trail running on offer alongside the mountain biking trails too. Though venturing further afield into the Hottentots Holland Mountains to explore one of Cape Nature’s many hiking trails will provide a more technical trail route than the MTB singletracks can offer. 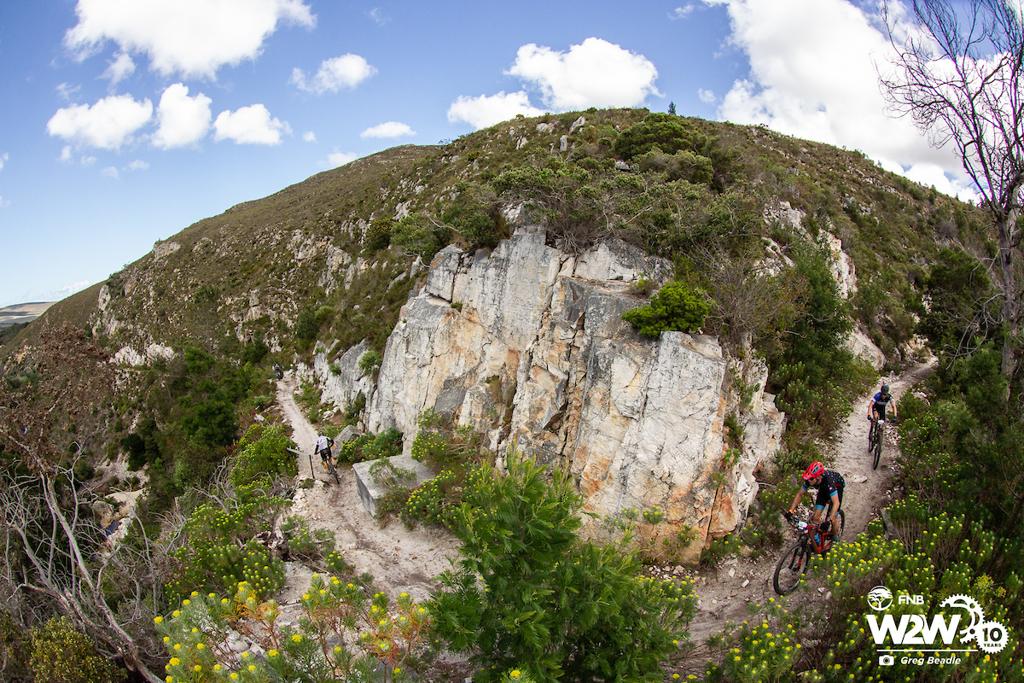 Further afield, the Southern Right whales have made Hermanus an internationally renowned tourist destination. From June to December, peaking in September/October, the behemoths visit Walker Bay to mate and calve. The cliffs of Hermanus provide spectacular viewing of the whales at remarkably close proximity, making it the foremost destination for land-based whale watching worldwide.

Thrill seekers can also book shark cage diving expeditions from Gansbaai, an hour south of Hermanus. Or take up white water rafting on the Palmiet River, try kloofing down Suicide Gorge, or embark on the Cape Canopy Tour zipline adventure. Those in the know can also recommend surf spots to visiting wave riders; though aside from the popular favourites like Kogel Bay and the Onrus Beach, near the FNB W2W finish line, some local knowledge is required to score African perfection on the Overberg coast.

For the younger members of the family the Overberg offers a plethora of outdoor activities. Along with mountain biking, hiking, white water rafting, kloofing, canopy tours and surfing kids can be entertained with trips to the beach, boat trips out of Hermanus’ New Harbour and or have an animal encounter at Cornell Skop, near Botrivier. There is also putt-putt at Houw Hoek Hotel or the jungle gyms and roundabouts of the Elgin Railway Market to provide a distraction for the little ones while you unwind. And lest we forget about the famed pies of the region... Peregrine Farm Stall swiftly comes to mind.

Whatever you decide to do in the Overberg, do not forget to take your bike. FNB Wines2Whales may be three months away but a bit of training never hurt anyone. Especially on the trails you’ll be racing come late October… 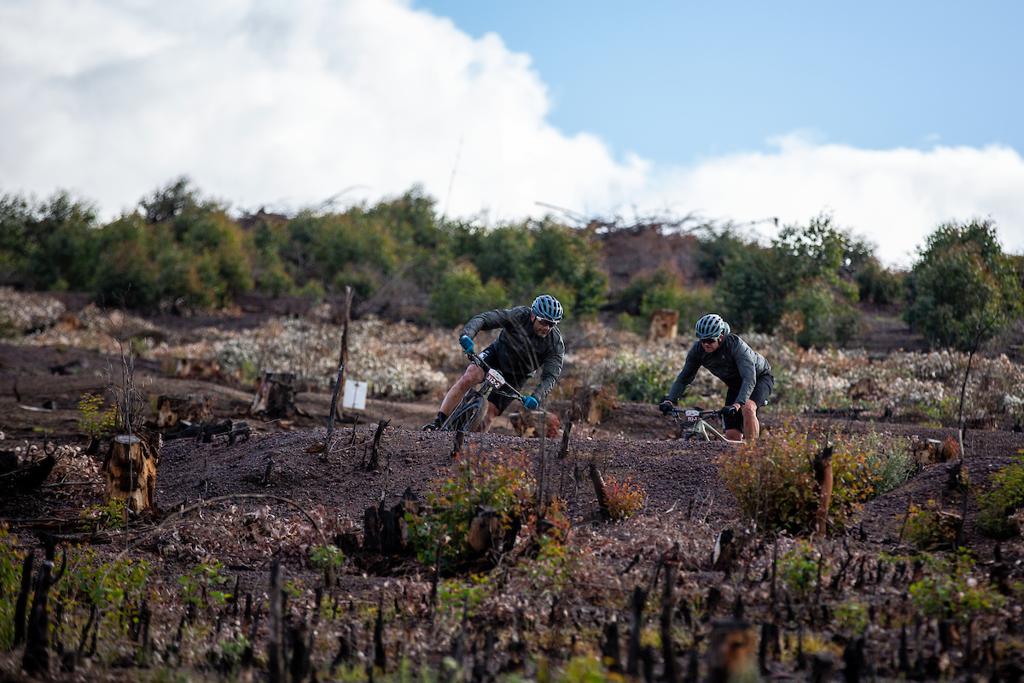