Lüthi and Rohrbach Return to Graubünden in 2022

Two of the 2021 SPAR Swiss Epic defending champions, Ariane Lüthi and Nicola Rohrbach, will return to Graubünden in 2022

Two of the 2021 SPAR Swiss Epic defending champions, Ariane Lüthi and Nicola Rohrbach, will return to Graubünden in 2022. Both will be racing with new partners however; as Faranak Partoazar replaces Robyn de Groot alongside Lüthi, and Nils Landenberger will line-up alongside Rohrbach. 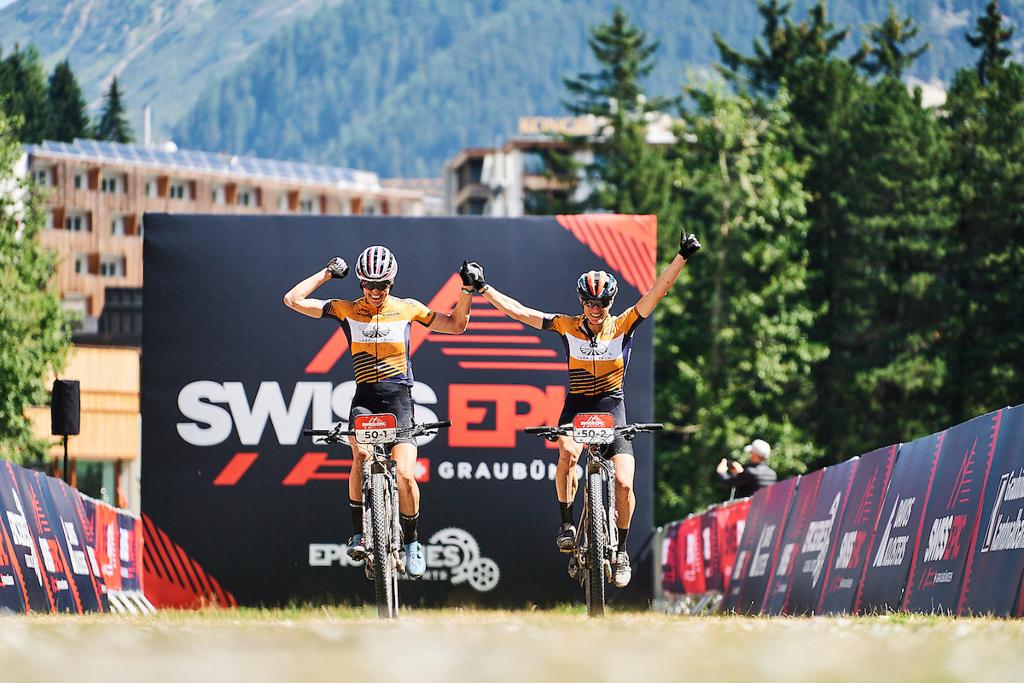 Despite starting as the defending women’s and men’s SPAR Swiss Epic champions, Ariane Lüthi and Nicola Rohrbach are less focused on their own performances in Graubünden in 2022. Having raced to victory with fellow veterans – Robyn de Groot and Lukas Flückiger, who have both subsequently retired – in 2021 their goals are less results based ahead of this year’s race. Lining up alongside Iranian, Faranak Partoazar and the young Swiss talent Nils Landenberger, respectively, both Lüthi and Rohrbach are focused on transferring skills and experience in the Alps.

“It was special to finally team up with my long-time friend, but also one of my biggest rivals over the years in a UCI stage race,” Lüthi reflected, on last years’ event. “Our successful journey through the Alps will always remain a very fond memory. Although it seemed like we won convincingly, since we completed a clean sweep of the five stages, I had been anything but confident going into the race. I had been suffering with a chest infection the week prior to the SPAR Swiss Epic; as a result, we had to play our cards well especially in the first stages. It was only thanks to our good team work that we prevailed. I’m definitely proud of that.” 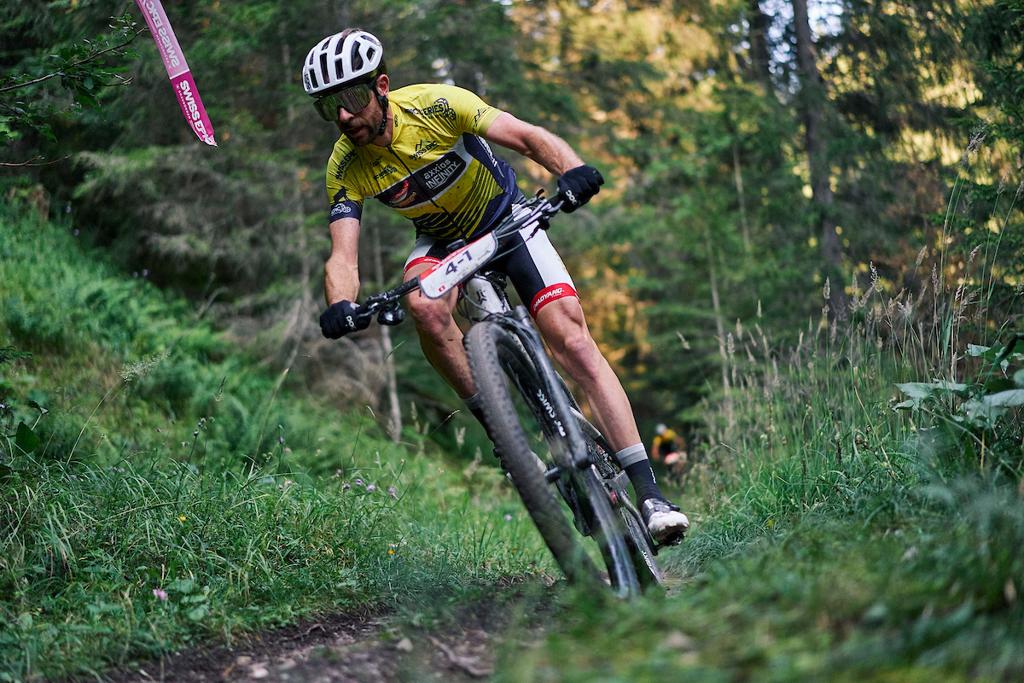 Similarly, Rohrbach looks back fondly on the 2021 SPAR Swiss Epic: “Winning in 2021 was a big target. That Lukas and myself were able to win it was absolutely great! It was the last season we both raced as professional riders and to finish our career with a major victory, after a difficult 2020 season with almost no races because of Covid, was awesome.”

Now focusing on his bike shop the former Absa Cape Epic podium finisher is relaxed ahead of his return to the race. “I am feeling great,” he laughed. “I’m fresh and chilled like never before! I still ride my bike a lot though and tried to tune my shape over the last five weeks. The goal for this year is not to repeat the overall victory. I will race with Nils and he is just 20 years old. The SPAR Swiss Epic will be his first stage race and the plan is for us to have fun riding the great trails of our home country. With my background in stage racing, I will show him how to race a stage race and what is important for recovery between stages. 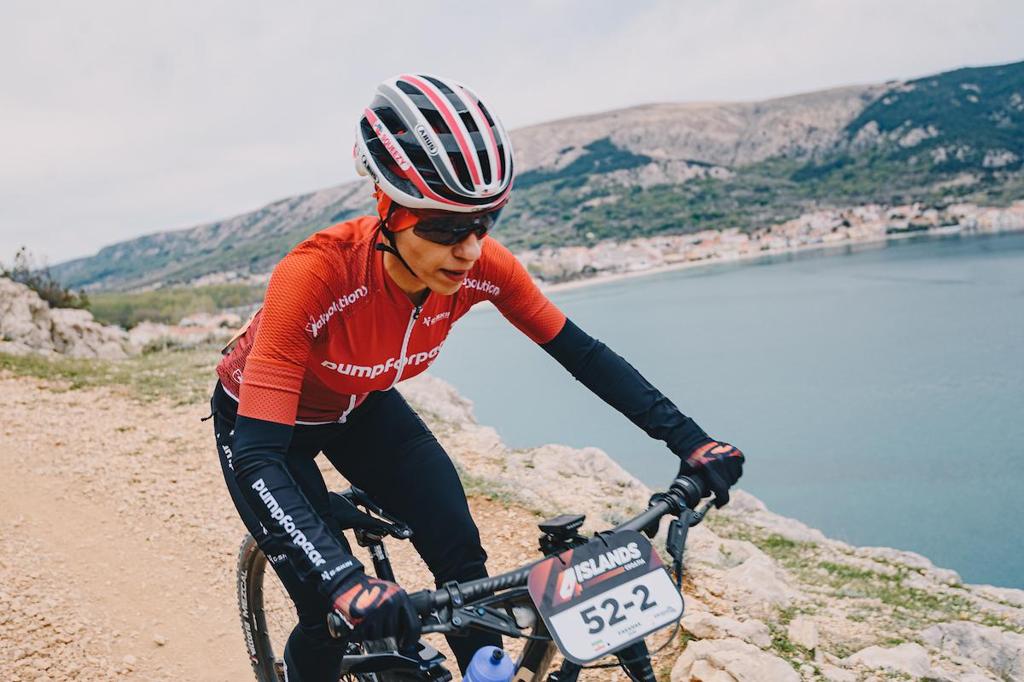 Lüthi is similarly focused on her partner ahead of the race, which starts on the 16th of August in Arosa. “The start of the season was a bit rough for Faranak [Partoazar], the five-time Swiss Marathon Champion said. “She broke her hand during the 4Islands MTB Croatia, where we teamed up together, so she needed to sit out the first two World Cups in Europe. However, the full Pump for Peace - Velosolutions Racing Team was in attendance for the World Cup in Lenzerheide, after Faranak’s recovery and Tumelo Makae received his Schengen visa. Having the whole team together was a great experience for all of us.”

“We are thrilled to have two Pump for Peace teams on the SPAR Swiss Epic start line this year,” Lüthi added. “Apart from Faranak and I; Tumelo, who hails from Lesotho, will be racing with Jean Eric Habimana from Rwanda, where Velosolutions will soon working on a cycling project too.”

“Personally, I’m still not fully recovered from Covid, unfortunately,” she concluded. “I haven’t been able to train according to plan since March. My goals for the race are thus very humble. The focus is to improve Faranak’s downhill skills and to raise funds for Pump for Peace, in order to make the pump track in Iran a reality at last.”

To follow Lüthi and Rohrbach’s transfer of skills to Partoazar and Landenberger tune in to the SPAR Swiss Epic social media handles throughout the race. The action gets underway on Tuesday, 16 August, in Arosa and concludes on Saturday, 20 August, in Davos. Visit www.epic-series.com/swissepic for more information.