Fresh Roles for the Old BULLS

Eagle eyed mountain biking fans will have spotted two of the Absa Cape Epic’s most famous faces at the SPAR Swiss Epic. Stefan Sahm and Karl Platt are not technically in the race; but they are part of it, following and live streaming the action on their BULLS Media e-bikes. 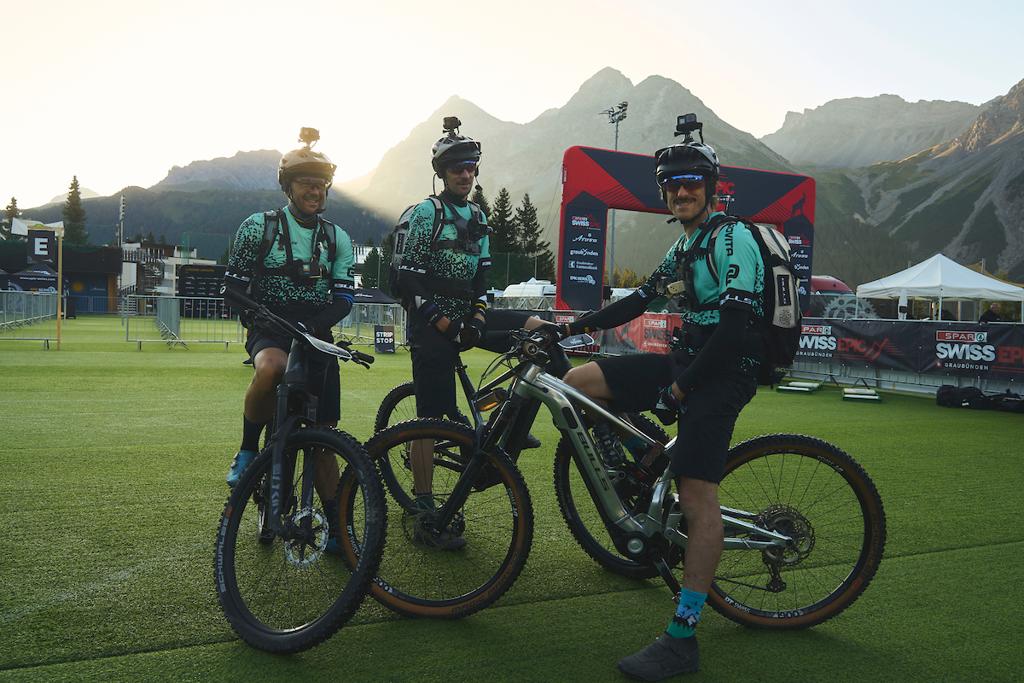 Sahm is no stranger to this role, of course. He has been piloting the BULLS Media e-bike at Epic Series events for a number of years now. But the SPAR Swiss Epic is Karl Platt’s media debut. Which is rather remarkable as the five-time Absa Cape Epic winner is one of mountain biking’s biggest personalities. He and his three-time Untamed African Mountain Bike Race winning partner [Sahm], along with Thomas Dietsch, are alternating between covering the men’s and women’s races, providing their insights to followers of the @swiss_epic on Instagram and views on the Epic Series YouTube channel.

“I had the honour of riding with the leading men’s teams today,” Platt smiled after Stage 2. “The race was really hard from the beginning. The Willier Pirelli guys, Fabian Rabensteiner and Daniel Geismayr, went really hard from the beginning trying to make a difference. I think they also wanted to be the first in the downhill because then they could control the pace. Which is what they did. They rode really nice and flowy, not taking many risks.”

“The Singer Racing Team, of Simon Stiebjahn and Martin Frey, they got stuck a little bit behind some slower riders on the downhill,” Platt explained. “They managed to get back to the Willier Pirelli guys, but maybe used a bit too much energy on that chase. So, in the last 5 kilometres Fabian [Rabensteiner] and Daniel [Geismayr], went volle kanone, full gas, and won the stage.” 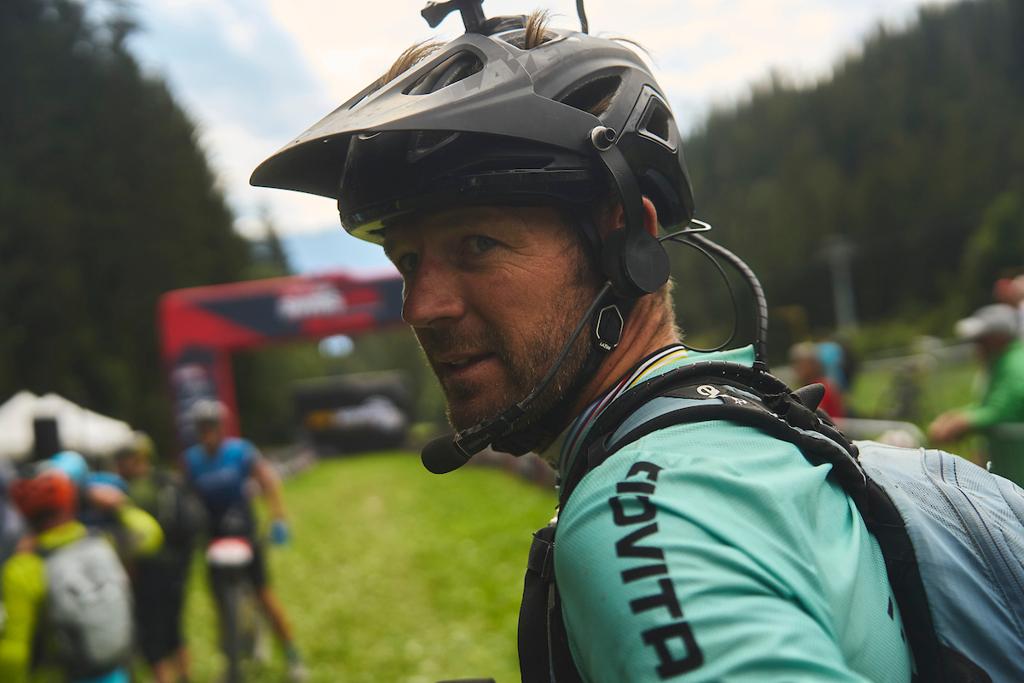 Sharing his experience of Stage 2 Sahm illuminated: “Today I was riding with the UCI women. And it was pretty interesting up to the highest point of the stage. Actually, the highest point of the 2022 SPAR Swiss Epic. Everyone was close together and fighting hard. Dropping down towards Lenzerheide Irina Lützelschwab had a flat tire and had to stop and pump it. Then a couple of minutes later her partner, Janine Schneider, also had a flat tyre. So they dropped back, but up to then they were really in contention.”

“Without the doc-oliday.com// Team BULLS combination in the chase the leading team were then able to really put the hammer down,” Sahm continued. “Bettina [Janas] and Adelheid [Morath] found their rhythm and were riding in perfect unison. It was fun to watch and fun to follow them through the trails. Congratulations to the Davos Klosters team on anther good stage win!”

Switching his focus to the riding on offer at the SPAR Swiss Epic Sahm enthused: “I love the trails around Lenzerheide, Arosa and Laax!” Before adding. “I live near Bern now and like to come down here to ride. It’s different riding to the Absa Cape Epic, because the downhills and climbs are so long. It’s also super technical riding and it’s really fun, with a cool mix of flow trails and technical singletracks.”

The singletrack packed route of the SPAR Swiss Epic makes covering the race difficult for the media. This is where the BULLS e-bikes and their acclaimed pilots come to the fore. “The BULLS e-bikes are really the perfect way for us to cover the race,” Sahm noted. “They are lighter than motorbikes and don’t damage the trails. So, we can follow the race wherever the route goes. We can keep up on the downhills and then on the uphills its usually no problem to stay with even the best riders in the world because of the powerful electric motor.”

“But it’s also hard work for us,” Sahm laughed, trying to dispel the myth that he and Platt are simply having a good time. “We have to manage everything around us, from the communication system and cameras to checking that we aren’t in the way of riders or  interfering with the racing. It’s a whole different challenge to racing an Epic Series event!” 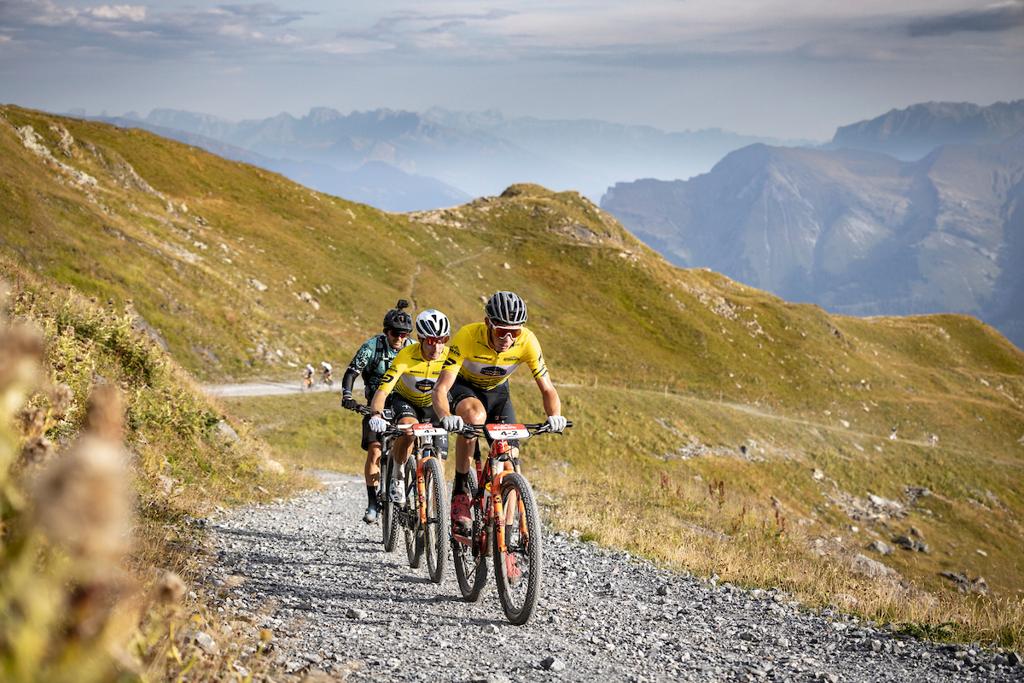 The decision of if Platt, Sahm, and Dietsch are playing or working is up to you but be sure to tune into the daily live stream of the SPAR Swiss Epic on the Epic Series YouTube channel where the famed BULLS ebike pilots bring you the action as it happens in Graubünden. 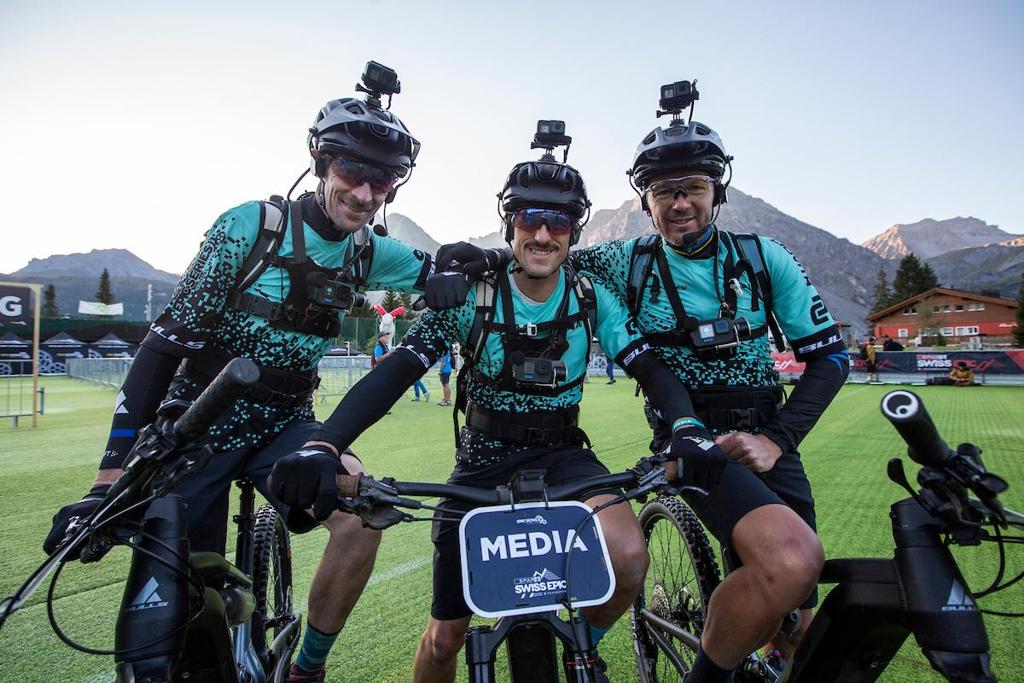