ACTION HEATING UP AT THE FRONT AT REEF TO REEF

The racing at Reef to Reef, in Tropical North Queensland gets more exciting by the day! 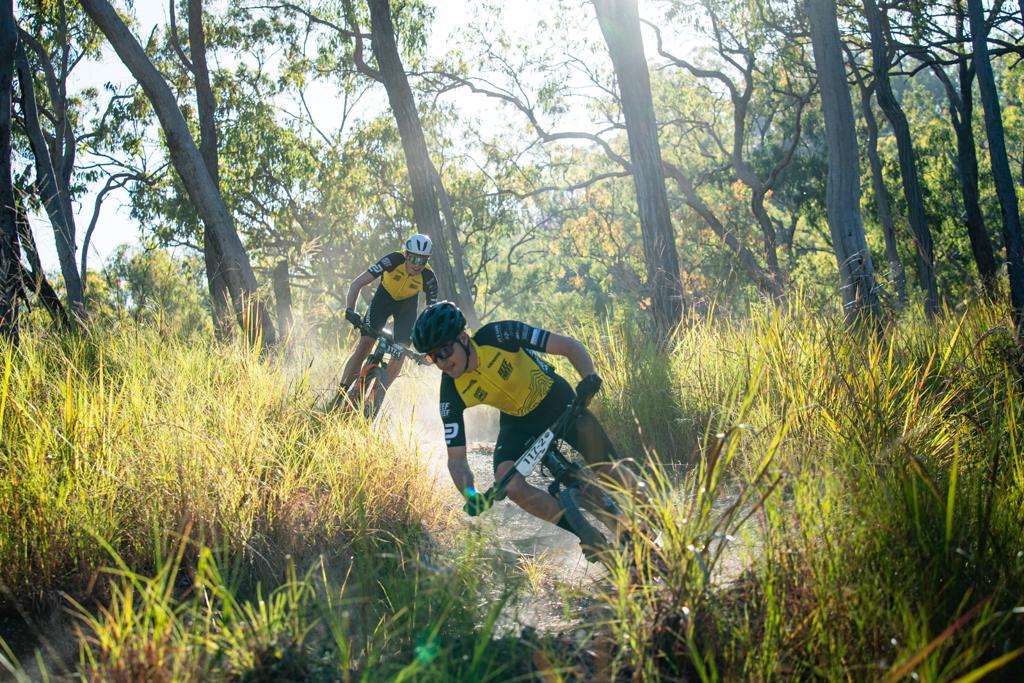 The competition is heating up at the front of the field at Reef to Reef with riders taking on almost 40kms of racing at Davies Creek Mountain Bike Park on stage two of the return of the event.

Riders headed west for the second day of racing, making their way up onto the Tablelands for some single track fun at Davies Creek.

Stage one men’s pairs winners Tasman Nankervis and Alex Lack were again the team to beat, crossing the line in 1:38:08 to open up a more than nine-minute lead over Brendan Johnston and Jon Odams who put a tough opening day behind them to work their way up the leaderboard, with Dominic Hoyal and Nathan Sandford now a further seven minutes behind in third.

“It was unreal, we were put under pressure pretty early by Trekky and Johnny, they rode the first 10km flat out, we had a bit of a split then with those two and managed to take an advantage on one of the hills, they brought us back again about halfway through but then we got away and slowly drew apart from each other,” said Nankervis. “The conditions were perfect, not too hot, not too cold, kind of similar to my home trails in summer when it’s dusty and rocky.”

Lack said that the plan was simple on the single tracks around Davies Creek.

“It was super dry and dusty and pretty slippery, you just had to try and take it smooth and keep a high average speed,” said Lack.

The leading mixed pairs left it all out on the track on Friday with just over a minute separating the top three as they came over the line almost two hours of racing.

Stage one leaders Emma Viotto and Karl Michelin-Beard continued their winning ways from Thursday, crossing the line just ahead of Peta Mullins and Jarrod Moroni, with Holly Harris and Mitch Docker seconds behind in third.

After the opening two stages of Reef to Reef Viotto and Michelin-Beard have spent 2:55:22 on course, less than two minutes ahead of Mullins and Moroni, with Harris and Docker just 10 seconds further back in third.

“It was a good stage for us, we actually had a fun battle with both the other mixed pairs who are up the front,” said Michelin-Beard. “We were racing Holly and Mitch to begin with and towards the end Peta and Jarrod actually caught us, I think they were out of battery on one of their derailers or something, so we’re happy to take the win.”

Viotto enjoyed the close battle with the other mixed pairs, along with the camaraderie amongst competitors.

“It keeps you on your toes, it’s good fun, I love how the mixed category is so competitive, we all go out there and suffer and race each other and then have a few beers and some food after the race and sit down and chat, that’s what I love about these races, being able to hang out at the race hub after and watch everyone else come through,” said Viotto.

Anna Beck and Karen Hill continue to be the team to beat in the women’s pair competition, finishing stage two in 2:01:18, more than 40 minutes ahead of Sharon Dean and Monique Ralph, with Morna Nielsen and Kathryn Drew third.

Beck and Hill’s performance on stage two has allowed them to open up more than an hour gap over Dean and Ralph, with Nielsen and Drew rounding out the podium positions.

“It was pretty fast off the start, it was pretty fun and got pretty warm out there,” said Hill. “I think we worked well, Anna had the descents under control and I had the legs on the flats and the other sections, that’s the fun thing with pairs racing, you’ve got someone out there to suffer with, it makes it a lot more fun as well, I enjoyed it and had a good day

Stage Three on Saturday will take riders to the Tablelands again, with almost 60kms of racing around Mount Molloy, taking in some incredible scenery and trails.

Reef to Reef is supported by the Queensland Government through Tourism and Events Queensland and features on the It’s Live! in Queensland events calendar.

For more on Reef to Reef and full results visit: https://reeftoreefmtb.com/ 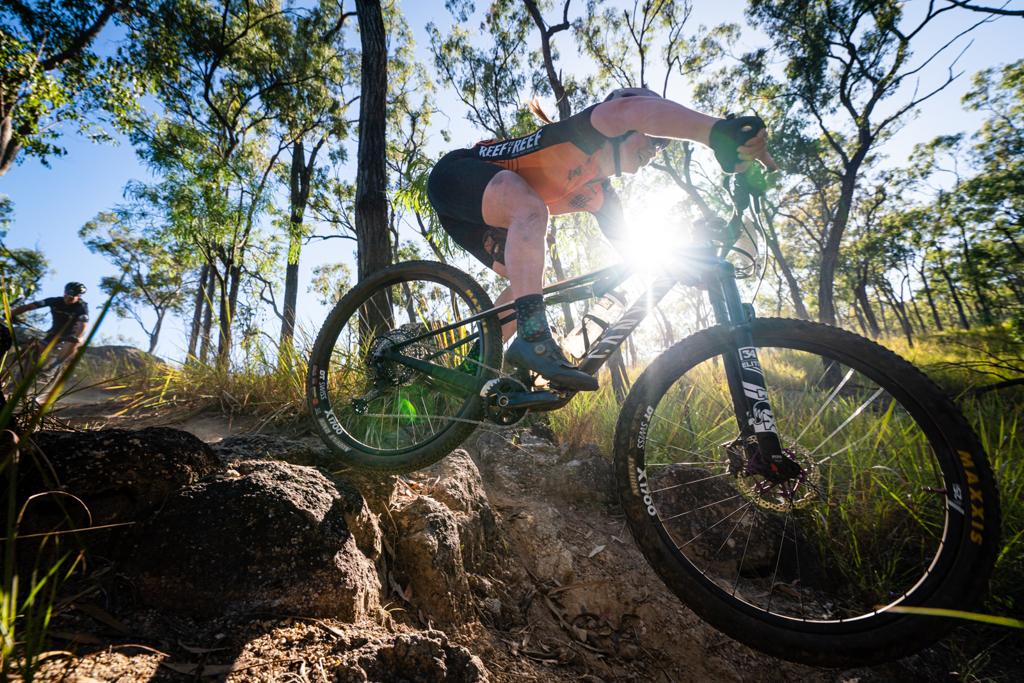