LEADERS PUSH AHEAD AT REEF TO REEF

Leads extended down under at the Reef to Reef 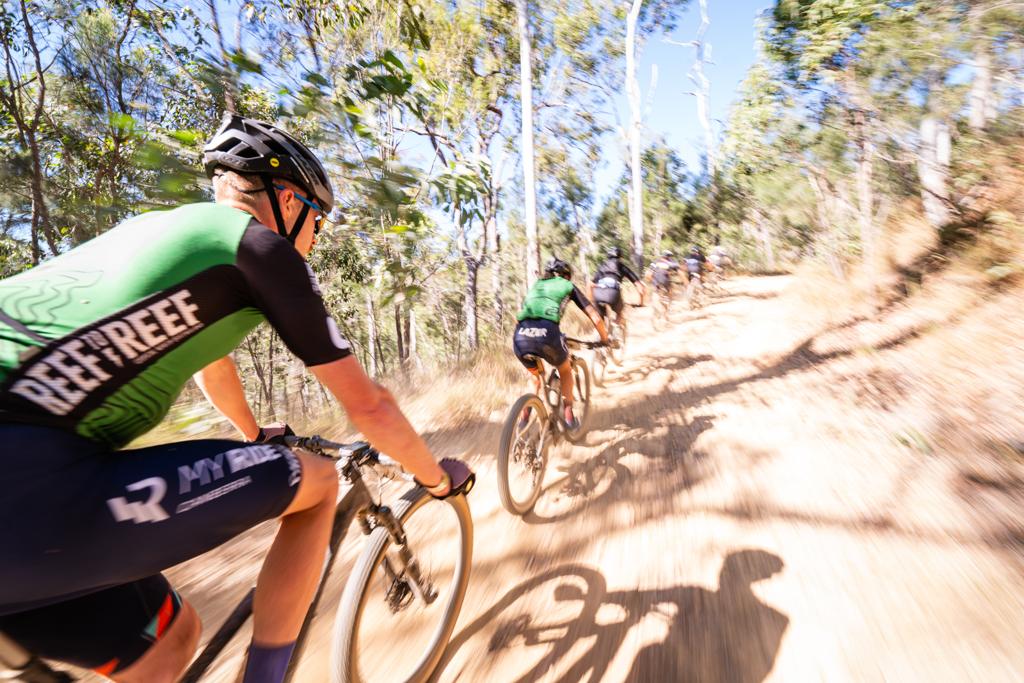 The leading pairs have pushed ahead on day three of Reef to Reef in Tropical North Queensland, with a fast and furious stage on the Tablelands making for thrilling racing throughout the field.

The penultimate day of the 2022 event saw riders head to Mount Molloy for 59km of racing, with a great mix of open roads and rainforest trails, with Queensland’s famous cane fields mixed in as well.

Tasman Nankervis and Alex Lack made it three wins from three stages in the men’s pairs, though the finish was the tightest they’ve had this week, pipping Brendan Johnston and Jon Odams over the line in a sprint finish.

“It was a pretty exciting way to end, I think we knew it was going to be a sprint finish, the last climb is about 42km in and then from there it’s fast fire road and there’s no chance to get away,” said Nankervis. “There were a fair few attacks in those last few ks, Alex got the position right at the end to get us over the line in second and third, it’s all about getting that second person over the line, it’s pretty nerve wracking.”

Lack said that the pair went into Saturday's longest stage of the event with a simple plan, and they executed it well to open up a nine-minute overall lead on Johnston and Odams.

“We tried to keep it safe and not too fast through the bush tracks, it was quite nice and peaceful through the rainforest section and then we tried to make a few moves up the climbs,” said Lack. “Jonny and Trekky got back on us and then it was quite tactical coming into the finish, it was good fun.” 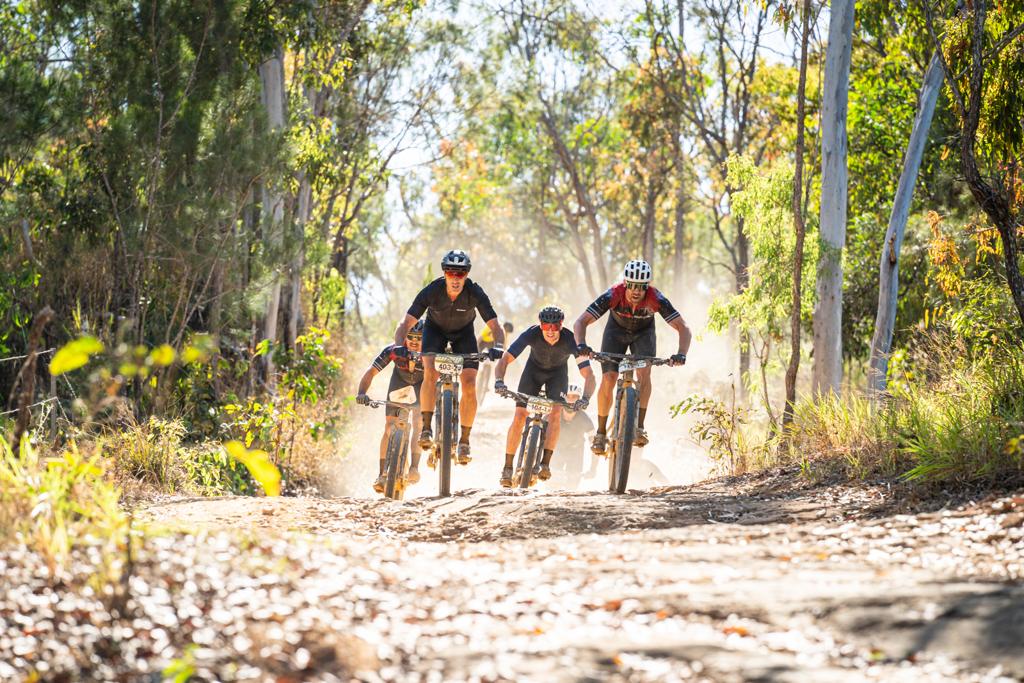 Emma Viotto and Karl Michelin-Beard have extended their lead at the front in the mixed pair’s and now have a four-minute lead over Peta Mullens and Jarrod Moroni.

“We feel pretty good, we didn’t know how we’d go in this stage, Karl had a bit of a sore tummy last night so we just thought we’d go in and try and stay up the front and be safe and hopefully ride into it and we did, it was a really fast stage,” said Viotto.

“We just wanted to just be safe today because there was a lot of ruts, we just wanted to be able to see a line, we didn’t really plan on trying to make a gap, we just sort of wanted to get out there and give it a go and protect our lead,” she said. “It was nice to have a bit more of a buffer now, there’s still one more day and anything can happen, mechanicals, flat tyres, so it’s nice to have that buffer.” 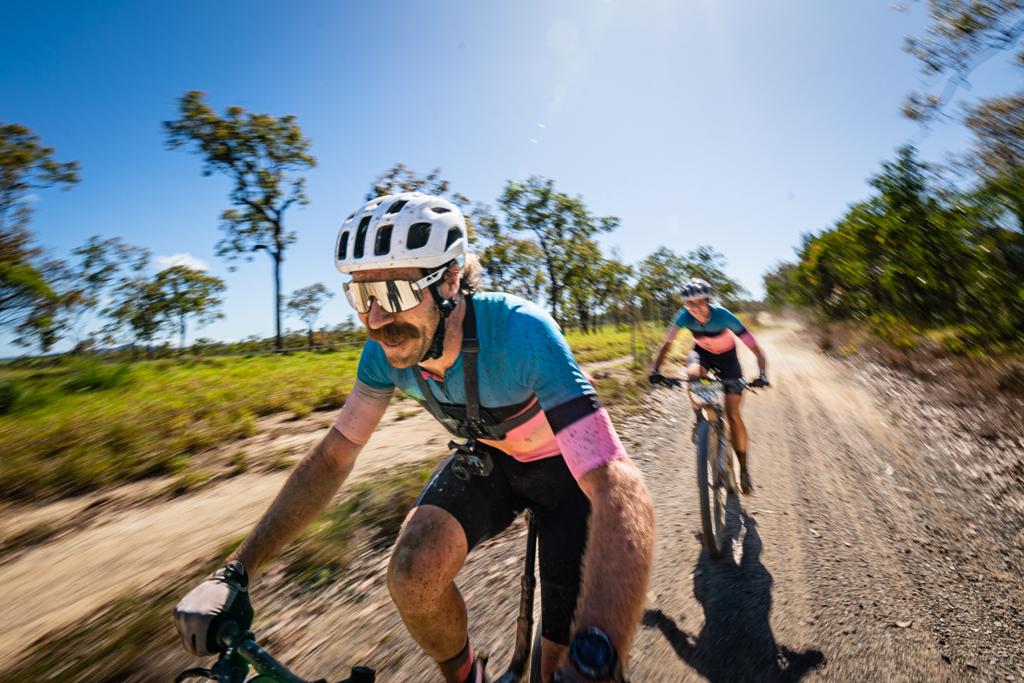 Anna Beck and Karen Hill continue to be the dominant duo in the women’s pairs, now leading the field by almost two hours.

“I felt pretty terrible towards the start of today’s stage actually and then managed to come good through the second part,” said Hill. “It was a bit of a chaotic bunch heading out onto the first part, I don’t do much bunch riding so it was bit nerve wracking, Anna navigated us through the bunch and got us through that first part of the race and then I came good and was able to bring it home.

“It was pretty hot out there on some parts today, once you come out of the jungle in that last part so it was pretty taxing but it was good fun to push and see what you can do,” she said. “I’m probably a bit more suited to the single track and that sort of stuff, a bit more open is a bit more of a challenge for me, probably a bit of a weakness so it’s good to do that at times too and test yourself.”

The final day of the return of Reef to Reef will see riders take on a 46km blast from Mount Molloy to Port Douglas, finishing on the iconic Four Mile Beach.

The four-day riders will be joined by those racing in Triple R, with Sunday’s race to be the 30th anniversary of the iconic Tropical North Queensland mountain biking event.

Reef to Reef is supported by the Queensland Government through Tourism and Events Queensland and features on the It’s Live! in Queensland events calendar.

For more on Reef to Reef and full results visit: https://reeftoreefmtb.com/