Every year the Absa Cape Epic gathers over 1 000 mountain bikers in four or five towns in the Western Cape. That is only the start of the impact on tourism, though, as the teams travel with an army of family members, fans, mechanics and masseuses. 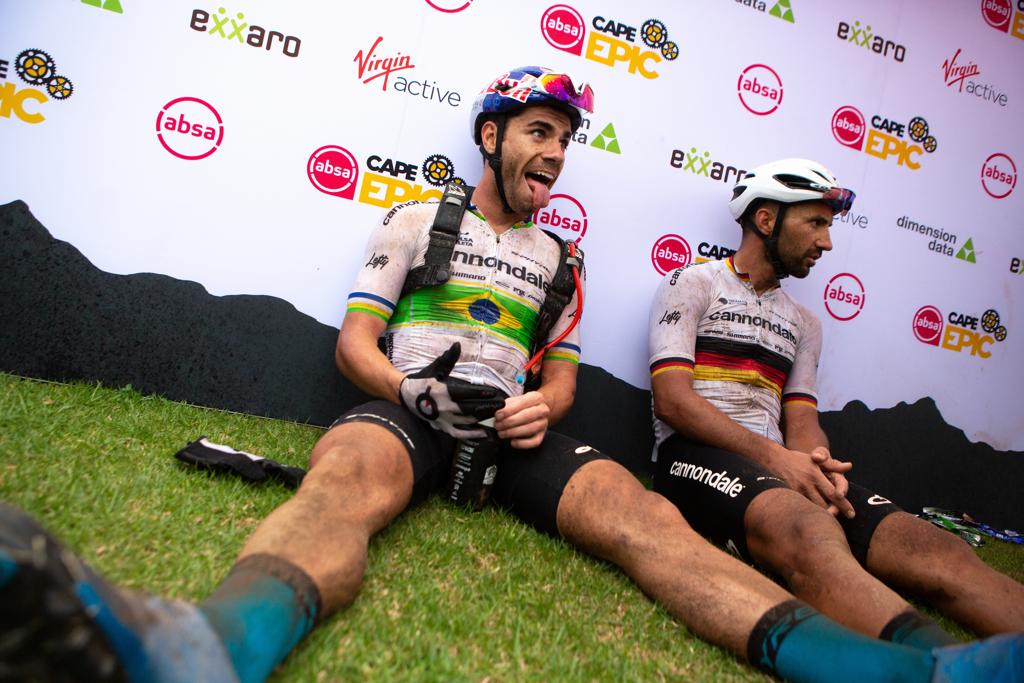 Every year the Absa Cape Epic gathers over 1 000 mountain bikers in four or five towns in the Western Cape. That is only the start of the impact on tourism, though, as the teams travel with an army of family members, fans, mechanics and masseuses. Plus, the race is televised to the world, broadcasting the best of the province to the far corners of the globe.

The economic impact of the Absa Cape Epic, on the Western Cape, is calculated to be R350 million annually. That goes beyond the bike, encompassing everything from car rentals and accommodation to the money spent in local bike shops and in small town restaurants. It includes riders travelling to the province for training camps but does not include return visits for tourism activities off the bike. Added to that there are trips to other stage races, on trails the Untamed African MTB Race pioneered, and all the people who have visit the region after discovering it through following the race on television or social media. 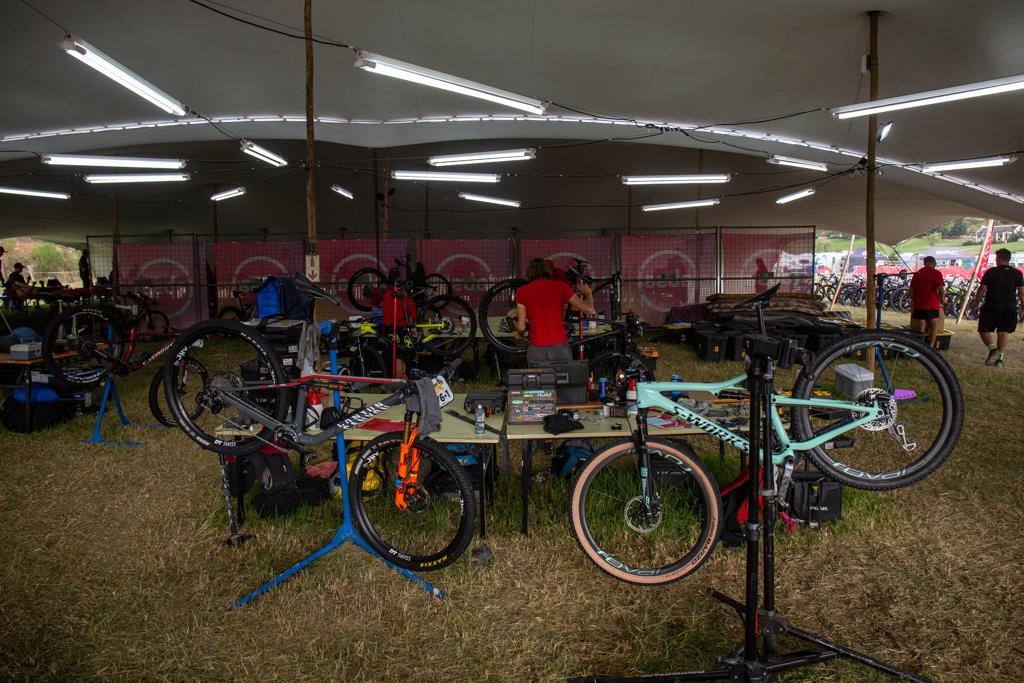 Since 2004, the Absa Cape Epic has visited towns like Knysna, Montague, Robertson, Hermanus, Wellington, Stellenbosch and Cape Town. It has helped cultivate the reputation of the Western Cape being the “North Shore of mountain biking”. Just as surfers make pilgrimages to the fabled 27.6 mile stretch of Oahu’s coastline, so mountain bikers trek to South Africa to test themselves on the trails of the Untamed African Mountain Bike Race during the race week as well as on the province’s immense network of trails throughout the year.

“It’s probably fair to say that – with the help of landowners, trails builders and mountain bike clubs -the Absa Cape Epic has facilitated the growth of mountain bike trail networks and proved the financial viability of building trails,” Karen Clements, Race Director of the Absa Cape Epic said. “Setting a trend and helping build an industry was never one of our original goals, but it’s been great to see this happen organically. I guess it’s a case of, ‘if you build it, they’ll come’ concept. We helped build trails, to improve the riding in each successive edition of the race. Now, you have a situation where there are multiple networks of singletracks on neighbouring farms totalling close to or over 100 kilometres.”

When flying into or out of Cape Town International you are bound to see bike bags being wheeled out. 89% of participants in the 2022 race indicated that it was not their first visit to the region. Visitors from up-country and further afield travel to the Western Cape virtually all year round to ride or race, with Stellenbosch being a particular trail hotspot. 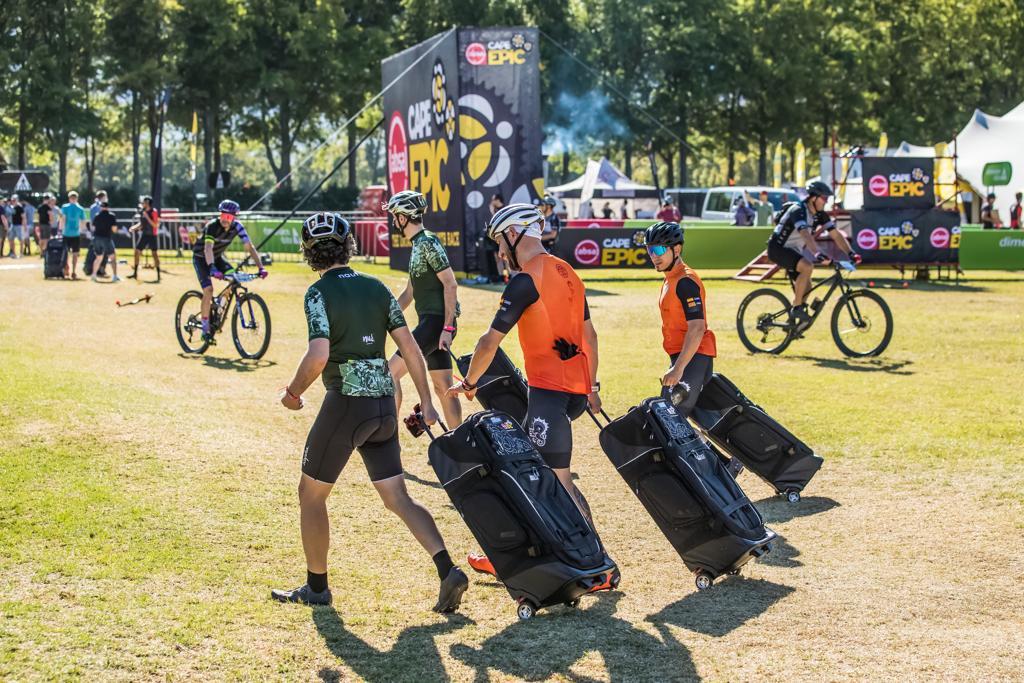 The Absa Cape Epic has visited the Winelands town on seven occasions, taking riders through the iconic singletracks of Jonkershoek, Banhoek, the Simonsberg Conservancy, Eden and Mont Marie. Even a two-stage visit, like in 2021, hardly covers the total riding on offer there. It is no surprise then that 10-time World Champion Nino Schurter, like Christoph Sauser before him, has a home in Stellenbosch. Or that teams like Cannondale Factory Racing, SCOTT-SRAM MTB-Racing and Team BULLS use the town as a winter training base.

Since the switch to a clover leaf format in 2009, rather than seven point-to-point stages, the riding has significantly increased in technicality. Without large distances to cover between race villages there is no reason for the Route Director, Hendrico Burger, to kill kilometres on district roads. He can rather look for the most interesting trails and encourage farms to build new tracks, secure in the knowledge that the Absa Cape Epic or another mountain bike race will make use of them again in future editions, although never in the same order or arrangement. 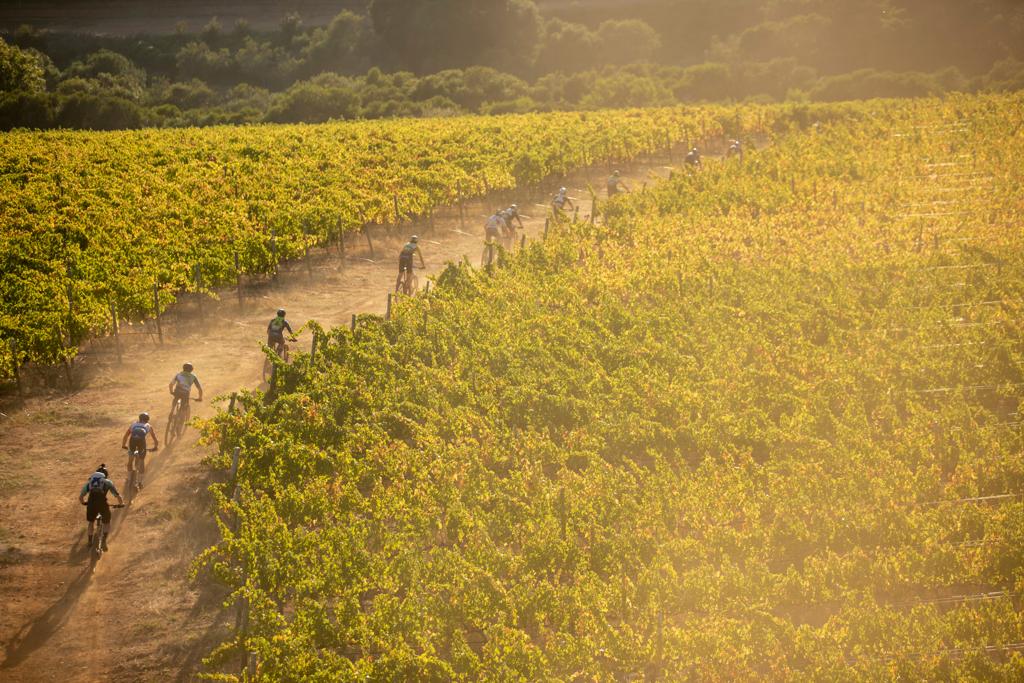 Off the bike, the race fills up guesthouses as well as hotels in every town it visits and not just during the race, the average stay totals nearly 5 days, including before and after the event. In fact, those slower off the mark, when it comes to booking accommodation, often resort to driving in from further afield. It is only when one sees the convoy of cars descending on a race village, like Elandskloof near Greyton, that one realises just how big the Absa Cape Epic is.

While the Grand Finale at Val de Vie Estate is a spectacle to behold, many riders have been so impressed by the estate that they have returned in the months and years and purchased homes in which they now live.

The economic value of all those bed nights, house purchases, meals and wheels has a massive impact on the communities that the Absa Cape Epic visits each year. 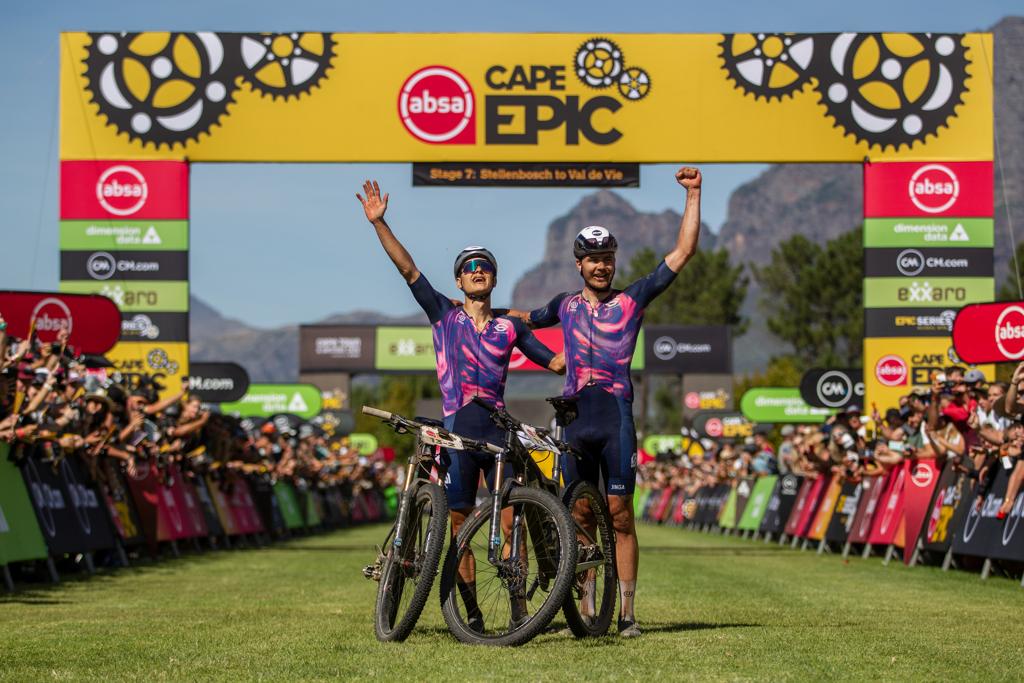 The 2023 Absa Cape Epic route will be released to the world on 21 September 2022; tune in on the Absa Cape Epic Facebook page and the Epic Series YouTube channel to discover the route and the towns through which the 2023 Absa Cape Epic will pass and then be sure to visit the race, in person, between 19-26 March 2023 and witness the world’s best racers and the dedicated amateurs tackle the 19th edition of The Untamed African Mountain Bike Race.