The Exxaro Jersey competition has grown in leaps and bounds since it was first launched in the South African Epic Series events. This year 24 teams will contest for the light green jerseys in the Shiraz race at FNB Wines2Whales and 15 team of riders over the age of 26 further bolster the success of the competition’s development credentials. In total 7 women’s teams, made up by riders from historically disadvantaged communities, are included in this number, representing an all-time high for the race 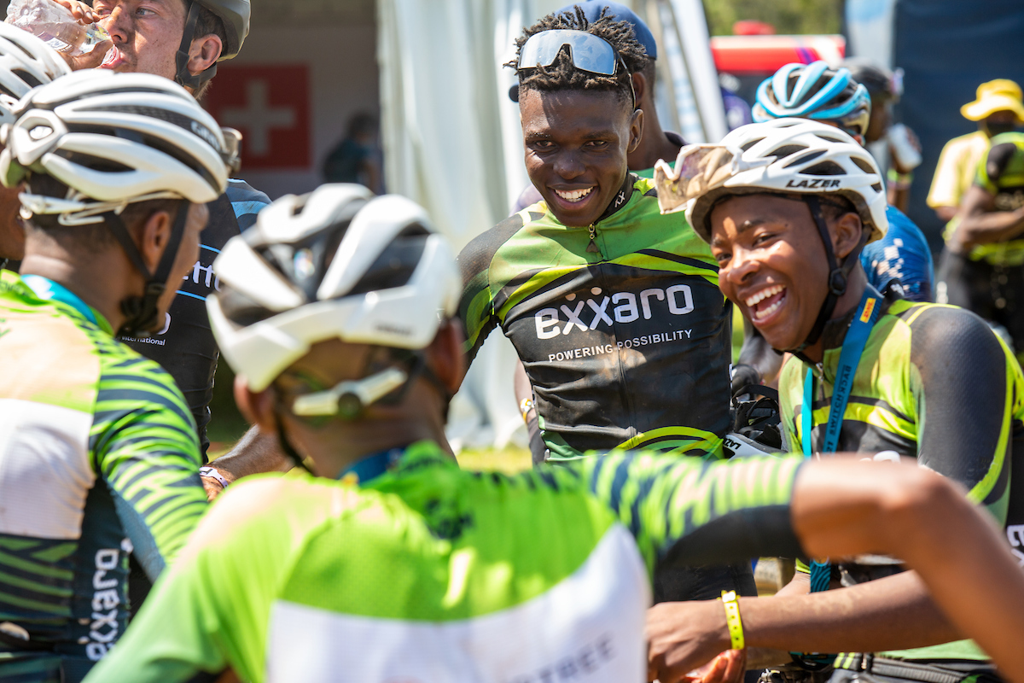 First introduced to FNB Wines2Whales in 2019 the Exxaro Jersey competition has rapidly grown from strength to strength. “FNB W2W is in many ways the perfect Exxaro race,” former double Cape Epic Exxaro competition winner, Sipho Madolo said. “The Cape Epic is too long and too tough for many of the younger riders in the Exxaro Jersey race, so providing them with a highly competitive three-day race as a stepping stone is a great way to help them prepare physically and mentally for the eight-day event the following March. I’ve seen it with so many of the songo.info riders, the Cape Epic can break them, but FNB Wines2Whales is a more positive experience.”

“The 70 kilometre stages and three-day duration means that young riders can learn as they race,” Exxaro MTB Academy coach, Timo Cooper confirmed. “Even if they get their fuelling or preparation wrong it won’t be a disaster, they’ll still finish and still learn a lot from the experience. That’s why FNB Wines2Whales is the ideal event from an Exxaro MTB Academy perspective. There are of course great prizes at stake too, but for the riders who realistically don’t have a chance to win the overall race it's an opportunity to grow as mountain bikers and people.”

This year 48 young riders, who hail from historically disadvantaged communities and who are 26 years old or younger, will take on the Exxaro Jersey race during the FNB Wines2Whales Shiraz event. From the 4th to the 6th of November they will not only race each other but some of South Africa’s best male mountain bikers across the trails of Lourensford, Elgin and the Overberg. The favourites for the race include the 2022 Cape Epic’s Exxaro Jersey winners, Tlotlo Mohweledi Selala and Halalisani Njabulo Ndebele, of Exxaro RMB 1, as well as the Citi Change a Life team of Luvuyo Siyasi and Nhlanhla Mthembu. Local favourites, from Ninety One-songo-Specialized and Fairtree Imperial Cannondale 3 are also teams to watch as Zola Ngxakeni, Ntlantla Nonkasa, Kusaselihle Ngidi and Thembela Lukalo are all familiar with the trails and terrain.

Along with the favourites there are three additional Fairtree Imperial Cannondale teams, a squad representing Bhoni4kasi, another from songo.info, five combinations from the Exxaro MTB Academy, a team from Velokhaya, an additional Citi Change a Life squad, and five McGregor Young Warriors teams. Newcomers to the competition include the Khaltsha Cycles and Khaltsha Grassroots teams, as well as the West Coast Fliers and SPCA Bonga.org. 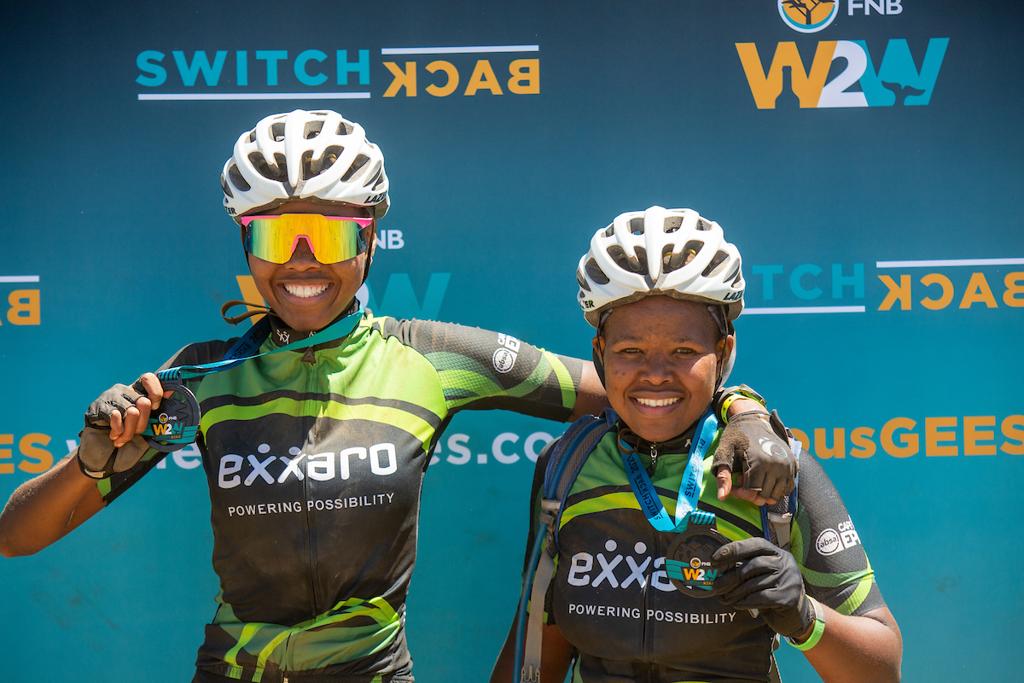 There are also two women’s teams taking part. With Chandre Cupido and Rozanne Tobias from McGregor Young Warriors looking the stronger of the two pairings on paper. Lelethu Matrose and Luvuyo Tatubana will be flying the Khaltsha Grassroots flag in the Mixed category race, though they are both eligible for the Exxaro Jersey competition too.

Experienced former Exxaro Jersey campaigners are in abundance in the 2022 Shiraz race too. Not only will they undoubtably lend their vast knowledge to their protégées in the various academies, the fact that they are also riding is testament to the success of the Exxaro Jersey competition. It showcases how development a decade ago has born remarkable fruits.

The 24 teams eligible for the Exxaro Jersey competition will be racing for education. Curro Schools and STADIO higher education are offering the winners the choice of a full bursary from Grade 0 to 12 to a Curro Academy of their choosing, for a child or family member, or an online tertiary education course from STADIO. The runners up in the 2022 race will receive the remaining Curro and/or STADIO bursaries, once the winners have made their selection.

To watch the race for a brighter future unfold tune in to the Shiraz race, at FNB Wines2Whales. Follow @wines_2_whales on Instagram and @w2wmtb on Twitter. While daily reports from the trails as well as photos and videos from the race can be found by liking the Wines2Whales Facebook page. For more information visit www.epic-series.com/wines2whales. 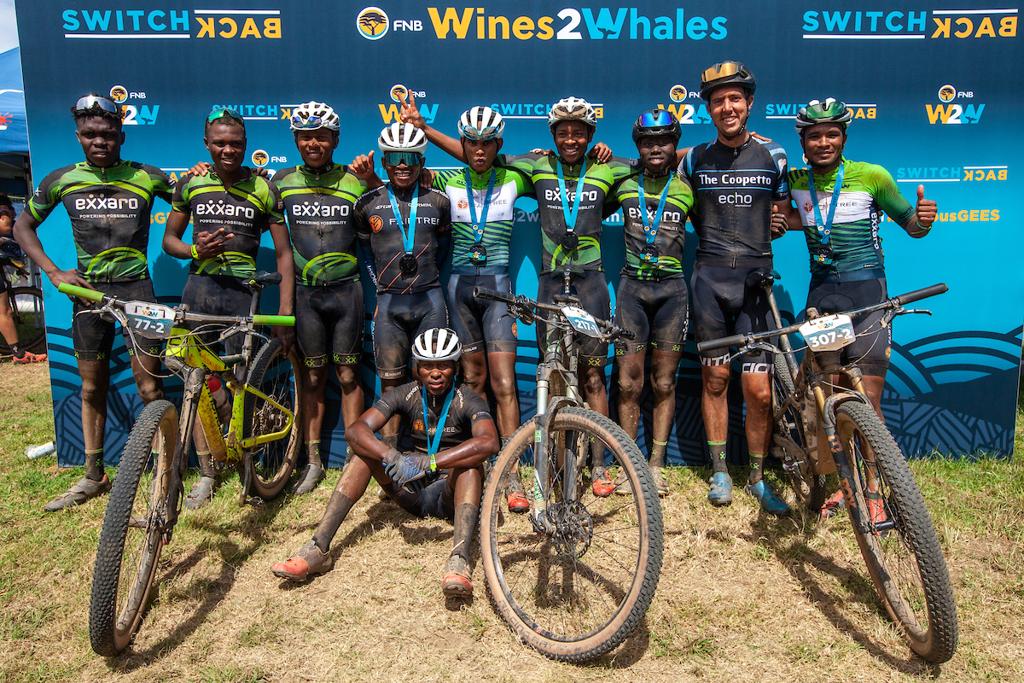 HDSA Riders who are No Longer Eligible for the Exxaro Jerseys