Bobby Behan and Giniel De Villiers of Toyota Specialized claimed all three stages of the FNB Wines2Whales Pinotage e-bike race and the title.

What happens when the head of Specialized Bicycles South Africa and a famed Dakar driver pair up, hop onto e-bikes, and head out onto the trails?

Speed. And lots of it. 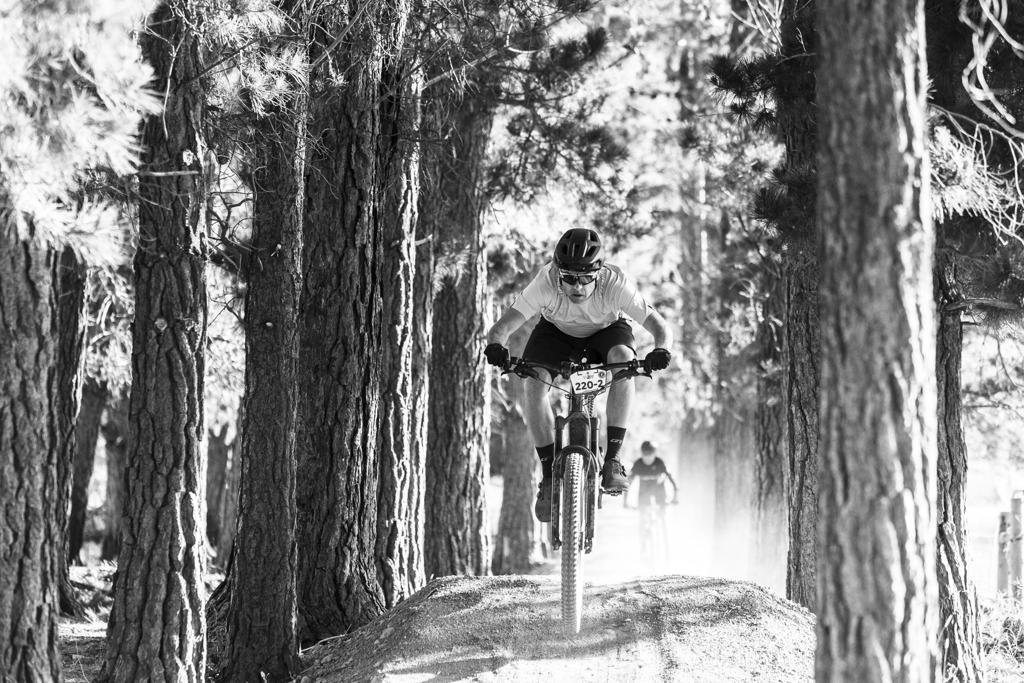 Bobby Behan, the head of Specialized South Africa, Giniel De Villiers, the world famous South African Dakar Rally winner paired up for the e-bike race within the FNB Wines2Whales Pinotage and, in short, they sent it!

On Stage 1, which was 72 kilometres long, they blasted their way through the trails of Lourensford, up and over the Gantouw Pass, through Grabouw’s A-Z trails and into Oak Valley in a blistering 02:52:04. Their nearest rivals were Joris Ryf, who finished in third place at the recent e-bikes World Championships, and partner Mark Nel who finished some six minutes back.

“I’ve done the FNB Wines2Whales 7 or 8 times on a normal bike and I don’t think I’ll ever go back,” stated De Villiers. “We’re having fun going up and down and that’s what we came here to do – to have fun. Winning the stage was just a bonus.”

On Stage 2, affectionately known as play day, trails were slayed, jumps were launched, and gees won the day. Behan and De Villiers were in a class of their own as they notched up their second stage win, despite a slight battery change debacle, and extended their e-bike race lead by a further three minutes.

“Play day on an e-bike is much better!” explained De Villiers. “It’s just so much fun, everything happens so much faster, you still get a proper workout, and you have to stay awake at all times, especially in the trails as you’re sending it”

“I wouldn’t call myself the greatest mechanic,” laughed Behan at his own tribulations. “I was just sukkeling to change the battery and get the thread of the screw to bind. These types of things add to the dynamic of e-bike racing; it was amazing to the see the Swiss guy [Ryf] get in, change his battery, and get out in no time. I should probably practice a bit more, you’re fine, Giniel, but I need to practice!” 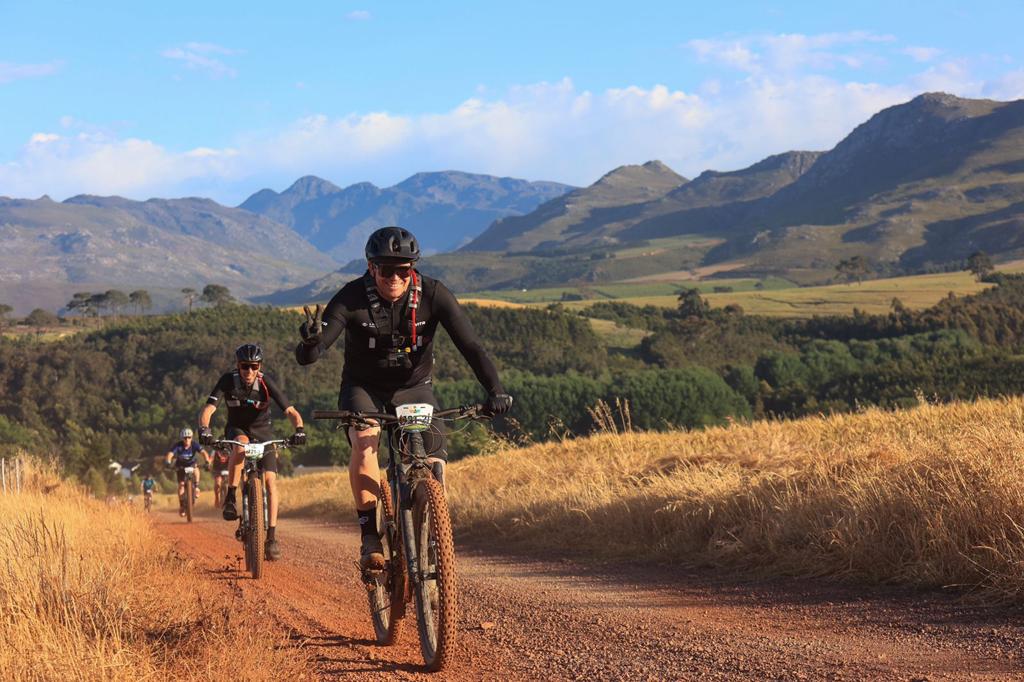 The final stage of the race looked set to be a repeat of the two days prior, however an unplanned run-in with a tree stump threatened to end the clean sweep. Behan nursed his clicking and grinding bike to the tech zone where some swift “mechanicing”saw the issues resolved, the batteries swapped, and the racing resumed.

“I was late to the start and some of the lads got away early,” admitted a sheepish Behan. “Then I clipped a tree stump, so I had to manage my gear box and try not break a chain. My bike certainly wasn’t sounding glamorous but JP at water point 2 started wrenching and made it better so we could bring it home.” 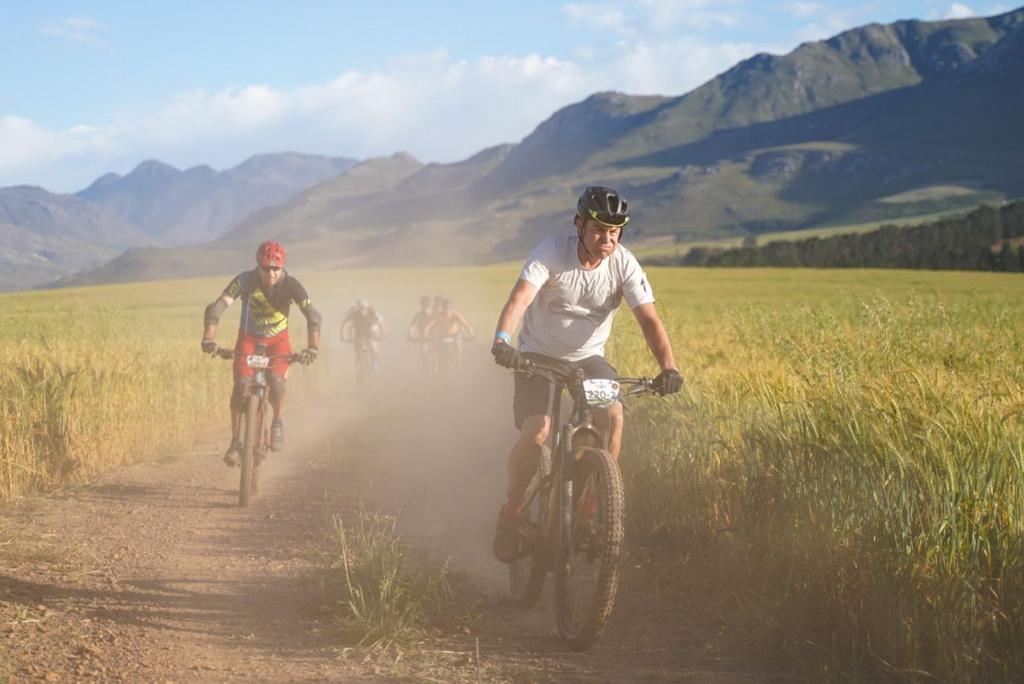 With the three days of racing wrapped up, the FNB Wines2Whales Pinotage e-bike race title went to Toyota Specialized’s Behan and De Villiers, second place was claimed by Joris Ryf and Mark Nel of JR Racing powered by Bosch eBike Systems. Behind them was team Rossburg’s David Rossouw and Ivan Kruger.

“It’s been an incredible learning experience for me,” said Mark Nel when reflecting on his FNB W2W e-bike race. “I’ve got an e-bike World Championship podium finisher for a partner and it’s such a pleasure learning from him. I used to think e-bikes were great for when you wanted to go for a ride with your old man, it’s taken me a race like this to realise how awesome this is, and I am completely hooked. I can’t wait to see how this keeps growing.” 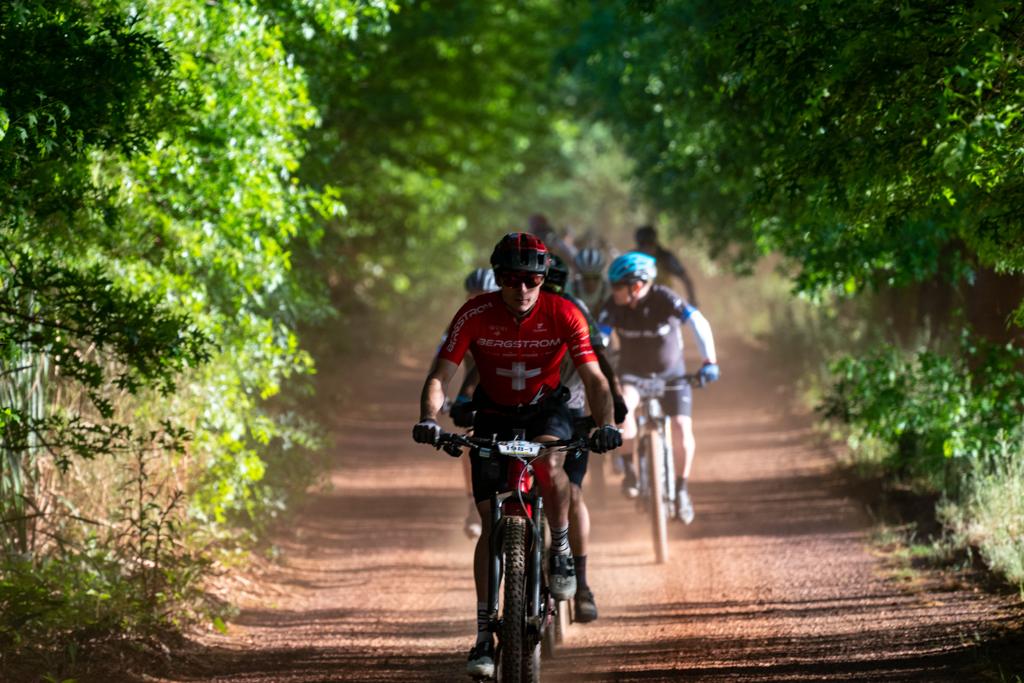 “The trails in South Africa are a lot dustier than I’m used to,” laughed a (dusty) Ryf. “It’s just so much fun, the berms, the jumps, the tight corners! Just one of the reasons I love South Africa. I switched to e-bikes about three years ago to try something new from racing the World Cup circuit and I think I made a good decision. It’s amazing to see more riders on e-bikes and more events offering e-bike races! I’m definitely coming back next year!”

“I suppose we’ll never do a race on a normal bike again!” exclaimed Behan on the FNB W2W finish line. “This is definitely the future of the sport.”

“I really believe that in two or three years, you’re really going to struggle to get an entry to the FNB Wines2Whales e-bike race as it’s going to be so popular.” Said De Villiers in closing.

To heed Giniel’s warning, be sure to add 14 February 2023 to your calendars as that’s the day that entries to the 2023 FNB Wine2Whales Switchback open. Stay tuned from 4-6 November as the racing in the Men’s Mixed, and Exxaro categories unfold in the FNB Wines2Whales Shiraz.