After 68 kilometres of racing through the finest trails on offer in the Oak Valley and Paul Cluver Estates a sprint to the line determined the stage results with Imbuko {Type}DEV edging out Honeycomb Pro Cycling for stage honours. 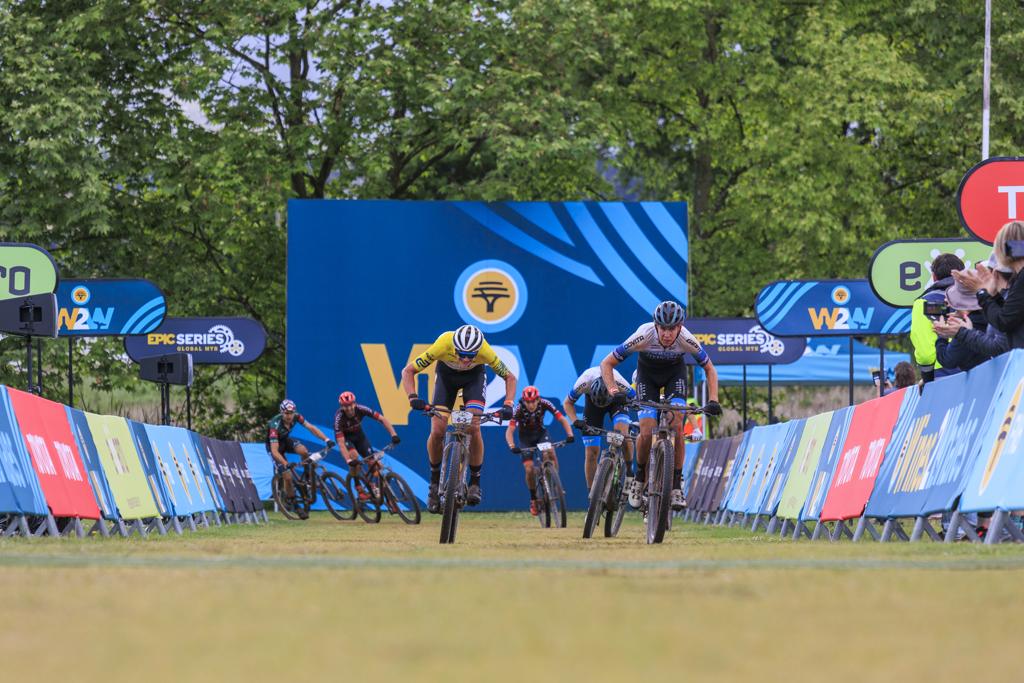 Play Day at the FNB Wines2Whales was all about the trails as the route showcased the very best trails that Oak Valley and Paul Cluver have to offer, complete with numerous bridges and an incredible Play Park sponsored by Agrimark on the Paul Cluver Estate. For the teams not competing for stage honours, it was a day to enjoy the surroundings, to send it on the trails, and to soak in the #SeriousGEES.

But for the teams laying it all on the line for the stage win and GC positions, it was a day of full gas racing with little opportunity to look up and enjoy the views that stretch as far as the eye can see.

The drama began early in the stage as Matt Beers of Toyota Specialized succumbed to a monumental puncture that required multiple plugs and CO2 canisters to repair, resulting in the team dropping off the pace and having to fight back onto the wheels of the charging group before diving into Vissie’s Magic and the beginning of the Toyota Cruise Section. 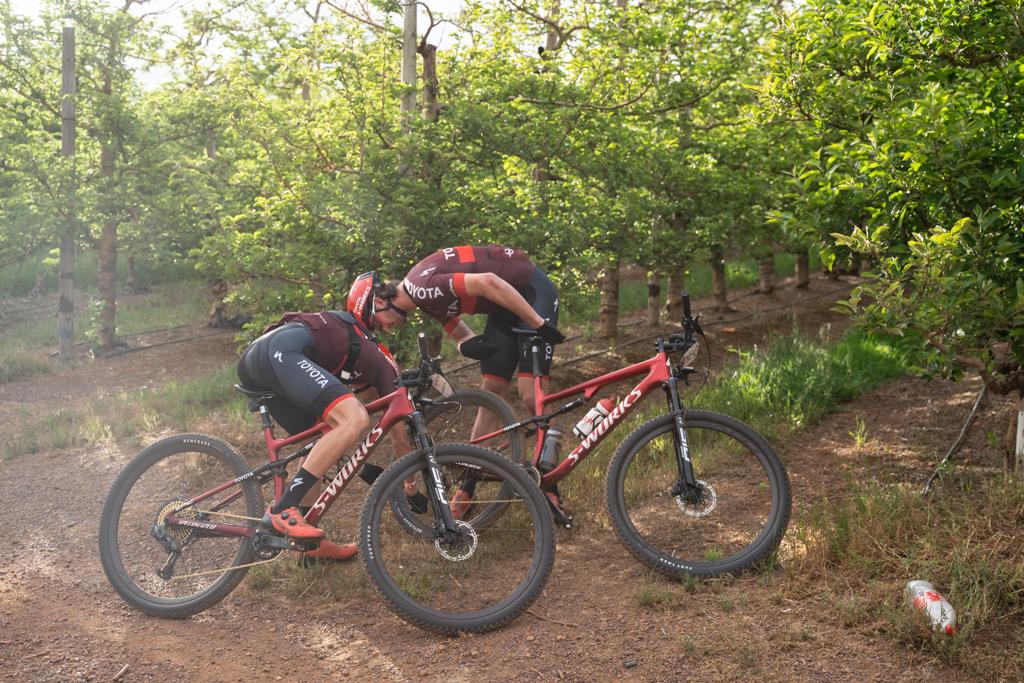 “There wasn’t too much playing for me today, I had an early mechanical and it was a massive chase back to the pack. I was the nail and Tristan was the hammer today,” said Matt Beers of Toyota Specialized. “There are so many trails here that you can’t even keep track of where you are. The trail teams at Oak Valley and Paul Cluver have done so much work and there were so many trails I haven’t ridden before, so it was cool to experience all of this, even though it was tough.”

The pace didn’t let up all day, regardless of the surface over which the teams raced; for the yellow leader jersey wearers, Honeycomb Pro Cycling, it was a day of managing efforts and marking moves. 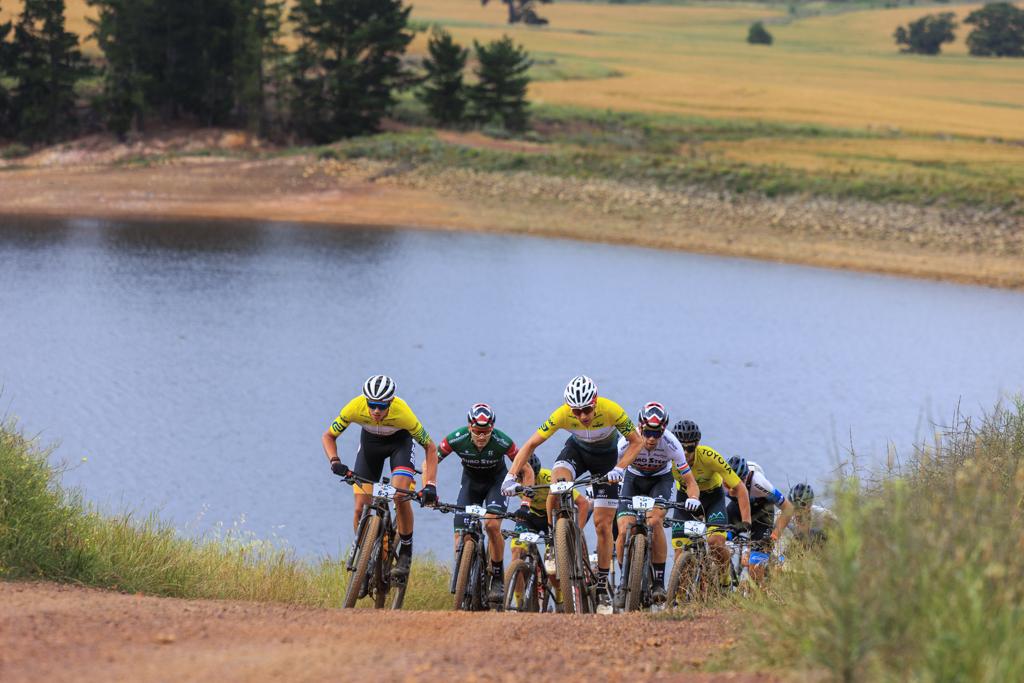 “I knew it was going to be a hectic stage with lots of pressure and we knew the others would attack. I was on the limit for a bit, especially in the trails,” said Konny Looser. “Overall, it was a good day for us with no time loss going into the last day. The strategy for tomorrow is to keep the leader jerseys – we must stay focused, we know it is going to be hard, but I am looking forward to a big fight.”

“Today was more in the others’ hands and they came out swinging,” stated Pritzen. “We had to make sure that the other teams couldn’t get together and put us under any extra pressure, especially in the trails. But overall, it was a perfect day, even though I could see Phil and Gert were enjoying it a lot more due to their incredible skills on the bike.”

The action of the racing kicked into overdrive within the closing kilometres as a group of four teams, Imbuko {Type}DEV, Toyota Specialized, Honeycomb Pro Cycling and Pyga Euro Steel, proved too strong for their rivals and distanced themselves. Pieter Du Toit and Wessel Botha used tactical “smarts” to position themselves in the front of the group, thus ensuring a clean run through the trails where opportunities to pass were few and far between. In the end, the stage came down to display of watts as Botha and Du Toit went head-to-head with Pritzen and Looser in an exciting sprint for the line.

First across the line was Botha followed by Pritzen, then Du Toit and finally Looser, resulting in Imbuko {Type}DEV claiming the stage win and Honeycomb Pro Cycling retaining the yellow Ciovita leader jerseys going into the final stage of the 2022 FNB Wines2Whales. 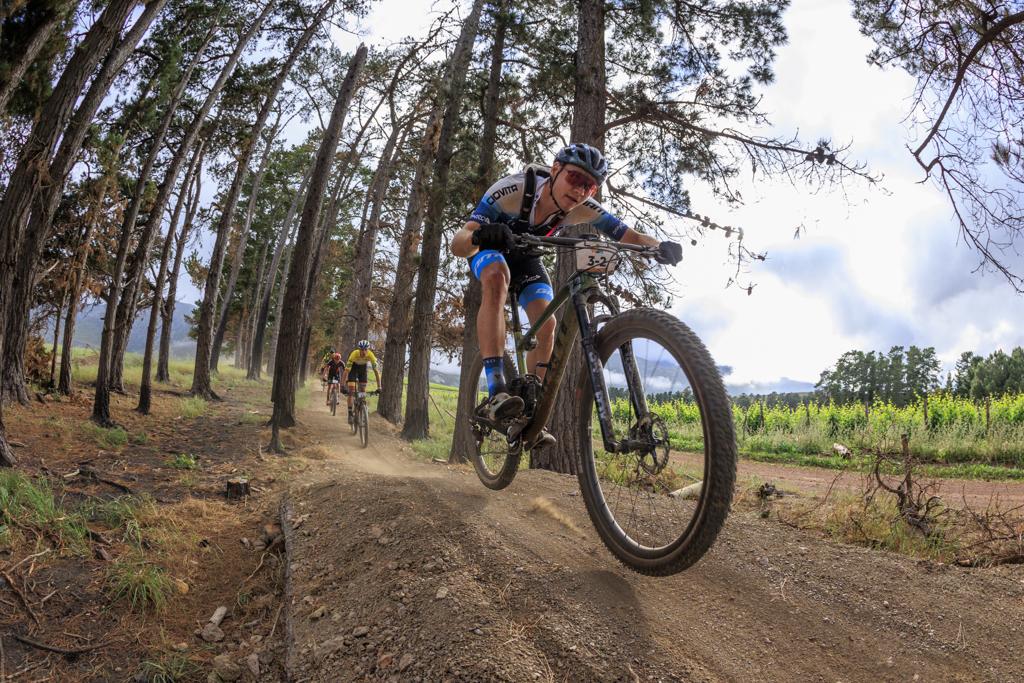 “It was a tough day out there, even though the trails were great. But it’s lekker to win a stage here at the FNB Wines2Whales, it’s my first one and I’ll remember it for a long time.”

“Today was a much better day for us,” explained Wessel Botha about their stage win. “The top three or four teams stayed in a group for most of the day and we positioned ourselves well throughout the stage. We led into the final singletrack so we could go for the sprint, and it worked perfectly.”

After Stage 2, Honeycomb Pro Cycling retain their GC lead with Pyga Euro Steel trailing by 40 seconds in second place and Toyota Specialized in third three minutes and 30 seconds back on Looser and Pritzen.

The race for the light green Exxaro special jersey saw Exxaro/RMB1’s Tlotlo Selala & Halalisani Ndebele extend their lead over their nearest rivals to over 11 minutes. They are now one stage away from claiming the win in the race within the race and the incredible education bursary prizes on offer from Curro and Stadio. 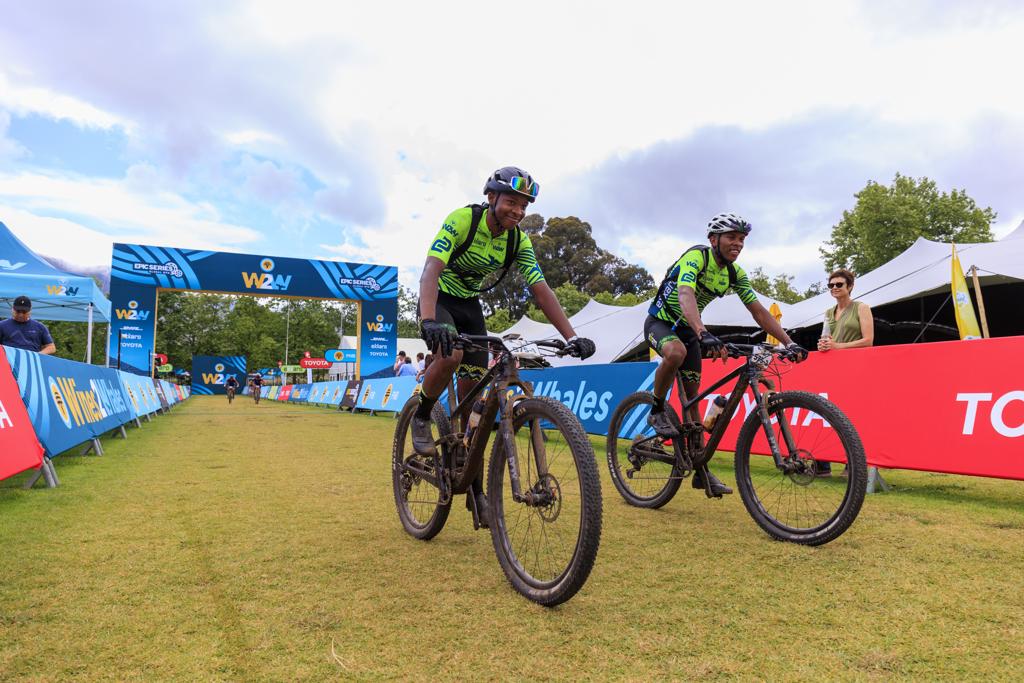