Lourensford hosts the Absa Cape Epic for two nights in 2023 as well as an entire stage within the estate's vast borders.

In 2023 the Absa Cape Epic not only spends two nights in Lourensford Wine Estate, but also features an entire stage which never leaves the vast estate’s grounds. It is a remarkable first for the race and an illustration of the farm’s commitment to singletrack creation.

Lourensford plays host to the Absa Cape Epic for two nights in 2023. The race arrives in the Helderberg basin at the end of the Queen Stage; on Friday, 24 March. Then spends the entirety of Stage 6 on the estate’s trails, before departing for Val de Vie on Sunday, 26 March. In that time the teams will be treated to a comprehensive tour of the farm, taking in singletracks never ridden before. 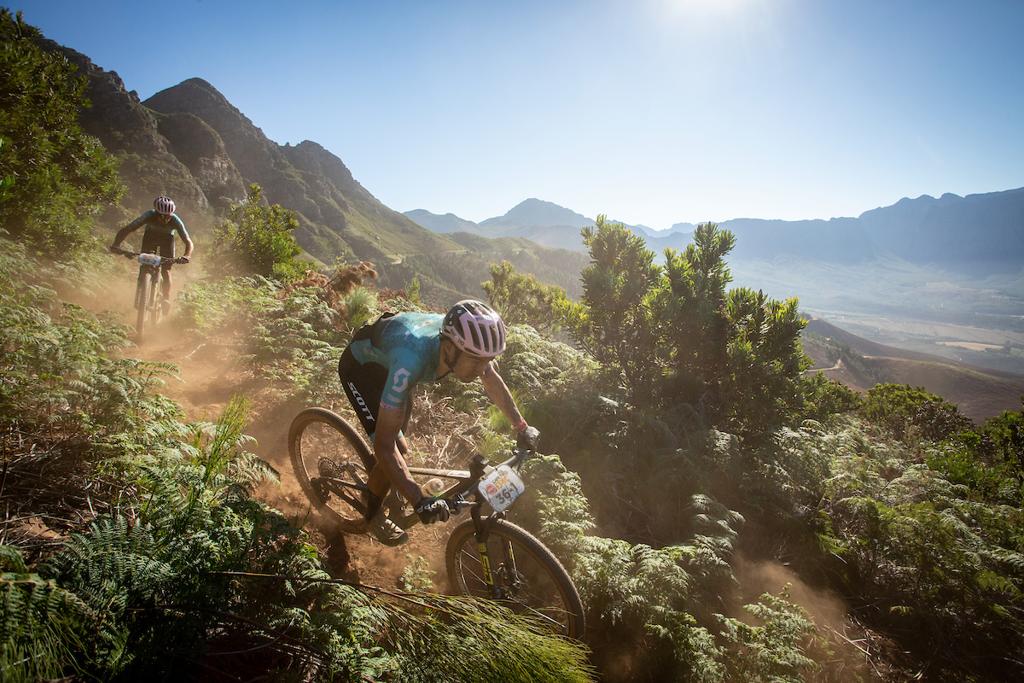 Established in 1700, Lourensford is one of South Africa’s oldest wine farms. Though it offers far more than just the elixir of Bacchus and superb mountain biking. The estate’s unique terroir makes it ideal for world class fruit farming, in recent years has seen it established as a protea grower of significant renown, and as a stunning location for film sets.

In fact, the popular HBO series, Raised by Wolves, was, in part, filmed on the estate. The location of Aaron Guzikowski’s planet Kepler 22-b is deep in the heart of the farm, but the magnificent peaks of the Helderberg, Jonkershoek and Hottentots Holland Mountains are recognisable in the background for those in the know. Fortunately for the mountain bikers taking on the Absa Cape Epic, none of those peaks are scalable by bicycle.

The race enters the Helderberg basin via the historic Gantouw Pass portage. It descends the Hottentots Holland Mountains, from the Elgin plateau, along a track initially trod out by antelope herds before the Khoi people used it as a trail between grazing grounds. Later the early European settlers dragged ox waggons along it on their way into the African hinterland. It passes through a lower neck in the mountain ridgeline, as does the route out of Lourensford on Stage 7. 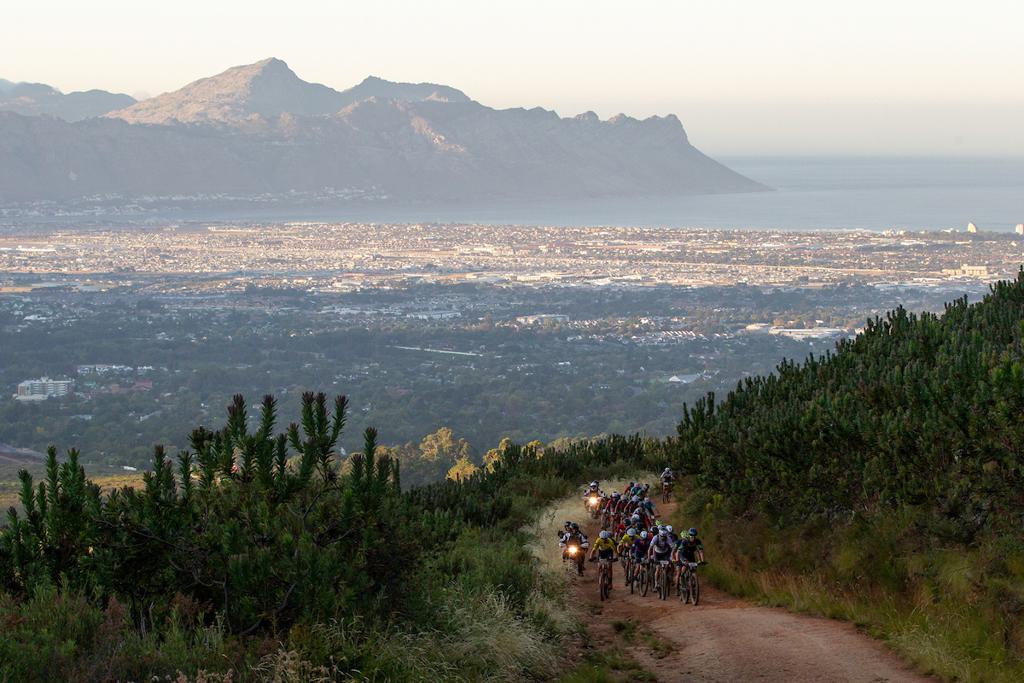 That route ascends out of Lourensford on the eastern slopes of the Helderberg seeking the easiest crossing into the Stellenbosch winelands to the west. Those who rode the 2022 race may have flashbacks from the summit, inflicted by the suffering they endured climbing from the west, but fortunately the eastern approach to the Lourensford Nek is far easier. It also provides panoramic views over the farm.

From the nek, thanks to the felled former pine forests, the vistas are uninterrupted. To the south False Bay’s azure waters stretch out towards Cape Point. While to the east the neighbouring farm, Vergelegen, and the trails which led the teams to Lourensford are visible to the eagle-eyed. 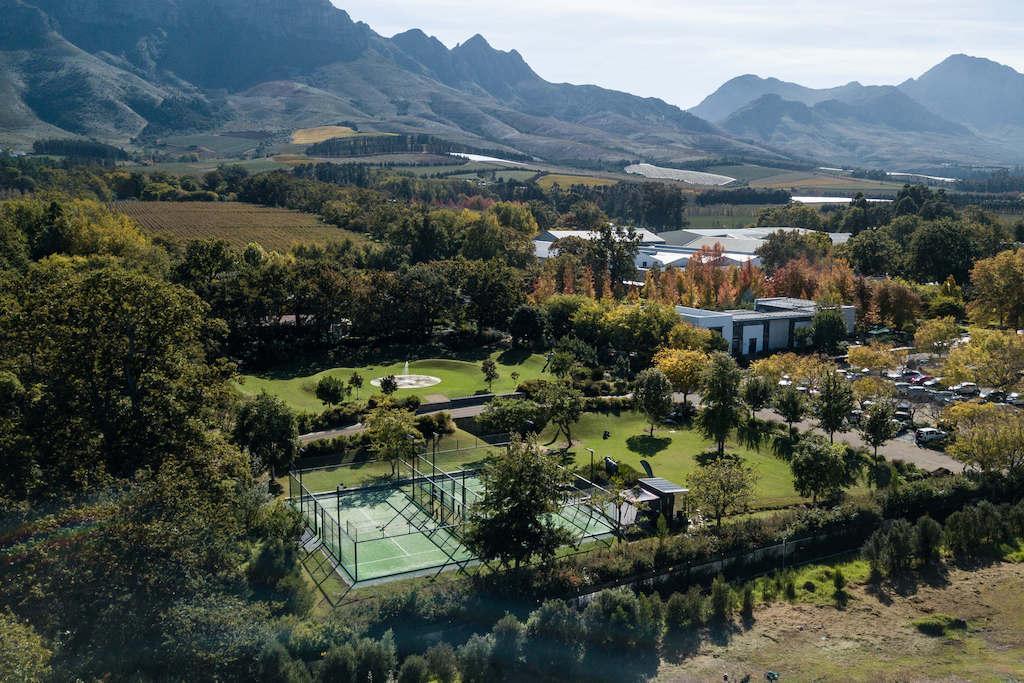 Off the bike Lourensford also boasts ample charms. For those who enjoy loud bangs Clay Pigeon Adventures offers one of the world’s best views from a clay pigeon shooting range. While padel enthusiasts can knock a ball about while the mountain bikers are out taking in the trails.

The farm also has a weekend market as well as a number of restaurants. There is also a coffee roastery and a brewery on site. Though the main attraction should remain the Lourensford Winery itself, which offers tastings seven days a week. Visitors are advised to pre-book for the Premium Wine Tasting, which includes any of the estate’s Limited Release range or Cap Classique.

To find out more and plan a trip to Lourensford visit www.lourensford.co.za.